In this multi-part series, “COVID-19 and Our Community,” the Courier is profiling healthcare professionals at the frontlines of the current crisis. This week, we feature John Ozimek, D.O., Head of Labor and Delivery at Cedars-Sinai.

Beverly Hills Courier: Can you give us an overview of how your department has adapted to the pandemic over the past few months?

John Ozimek, D.O.: We’ve definitely gone through some phases. At the beginning, policies would change daily. There was a large degree of uncertainty, which created anxiety. First four to six weeks of this were probably the most emotionally and clinically challenging of my career and probably of my life. In the healthcare field there was no way to emotionally prepare for what we all went through. But pretty rapidly over time, we developed some standard protocols. We were able to mitigate the anxiety by keeping everybody informed and lines of communication open. We’re slowly reaching the new normal. Things are becoming more routine. Anxiety levels are still ramped up a bit from the old normal. But, they’re very manageable, as are expectations amongst patients and staff.

What else can you tell us about the new normal, especially as it pertains to your labor and delivery patients?

New normal mostly encompasses the hospital when you walk in. It seems so empty because no one is in the waiting rooms and elevators. We didn’t allow visitors. However, the entire time we’ve allowed for one visitor in labor and delivery. At one point, we had to have them leave after they were transferred to post-partum. But on April 20, we moved back to a system of one visitor able to stay for the entire time a woman was here giving birth. The only caveat is that they can’t leave and come back. It’s the most liberal visitation policy in the entire hospital. We understand this time is the most special in our patients’ lives. Now, we need to clarify that if a patient comes in for evaluation in our OB Triage area or if they are admitted to the ER, there would be no visitors at this time.

We know the things we have to do to avoid the virus. We cover our faces. We wash our hands. What we’re seeing is that pregnant women are being extremely diligent about following those basic rules. They’re telling us that they aren’t going out of the house. Their husband is the one running the errands. They’re adhering very closely to all the recommendations from health officials. Add to this the fact that our state and local leaders shut things down pretty early. That has resulted in a slower increase in the numbers and a spread that has progressed in a manageable fashion.

How have your specific protocols for expectant mothers changed?

For a while, we were testing every single mom on admission because data from places such as New York indicated that about 20 percent of the women coming in for labor and delivery without symptoms were positive for the virus. For about a week, we tested everyone, but it took a week to get results back. That meant, we had to use full PPE around the patients, because we had to treat everyone as positive. If a baby was delivered before the results came in, we had to treat the baby as positive, as well. Luckily, we found that zero of the asymptomatic patients were positive. Our population is much more different than in New York. It didn’t warrant the stress and strain on patients to test everyone. We’re only testing labor and delivery patients if they are exhibiting symptoms now. Of course, we screen the patient and partner when they come in. Within the last two weeks, all of the other patients admitted to the hospital are now being tested. If we start seeing an increase in asymptomatic patients testing positive, we might change how we do things with the expectant mothers.

Can the virus be transmitted to the fetus during pregnancy?

Research is still emerging, despite seeming like it’s been around here forever. We have a fair amount of data that suggests pregnant patients are no more susceptible to contract it as the general public, that are age matched and health matched. Those that do contract it while pregnant don’t do any worse than those who are not pregnant. With COVID-19, 80 percent of all those infected have mild symptoms, they may feel pretty rotten, but don’t need admission to hospital. Of the twenty percent of those who are admitted, five percent of those will be critical. Those statistics apply to pregnant women as they do with the general population. Other respiratory illnesses hit pregnant women much harder. We think lots of the severe effects of COVID are suppressed when you’re pregnant. We’re still learning about all of this.

Can the virus be transmitted by breastfeeding?

The good news is that we’ve never been able to detect the virus in breastmilk, which is consistent with other viruses. Theoretically, you can’t transfer it solely by breastfeeding. But, moms are breathing right above the baby. Currently, CDC guidelines recommend that mothers who are positive for the virus don’t breastfeed. In fact, they recommend a period of separation for infected moms or those whose tests are still pending. The guidelines apply until the mom is deemed noninfected. Of course, it’s a difficult conversation to have with a mom. Patients can become upset about it. The CDC itself recognizes that it’s probably not feasible to have that separation. So, it lists many precautious we can take to minimize transmission of the virus if mom does decide to breastfeed. Those things include washing the hands and the breast and wearing a mask. As long as mom feels comfortable that she’s been educated about the risk.

Luckily, our numbers are pretty low in terms of COVID-infected moms.

Is there anything you can say to nervous moms-to-be who are still suffering from those high anxiety levels?

We’re doing everything humanly possible to keep them protected. We’ve constantly learning more things about this virus. We all thought something like this could happen, but it’s not going to happen. Like an asteroid hitting the earth. In California, we’re incredibly lucky. We’ve had the advantage of seeing this hit our unfortunate colleagues in other places. We’ve had the benefit of lead time. In the future, the next disease could be spread in a different way. But at least now we have a blueprint. We have a timeline of what to expect. Over last two weeks, people are finally saying, ‘Okay, we’ve got this.’ And we actually believe it. 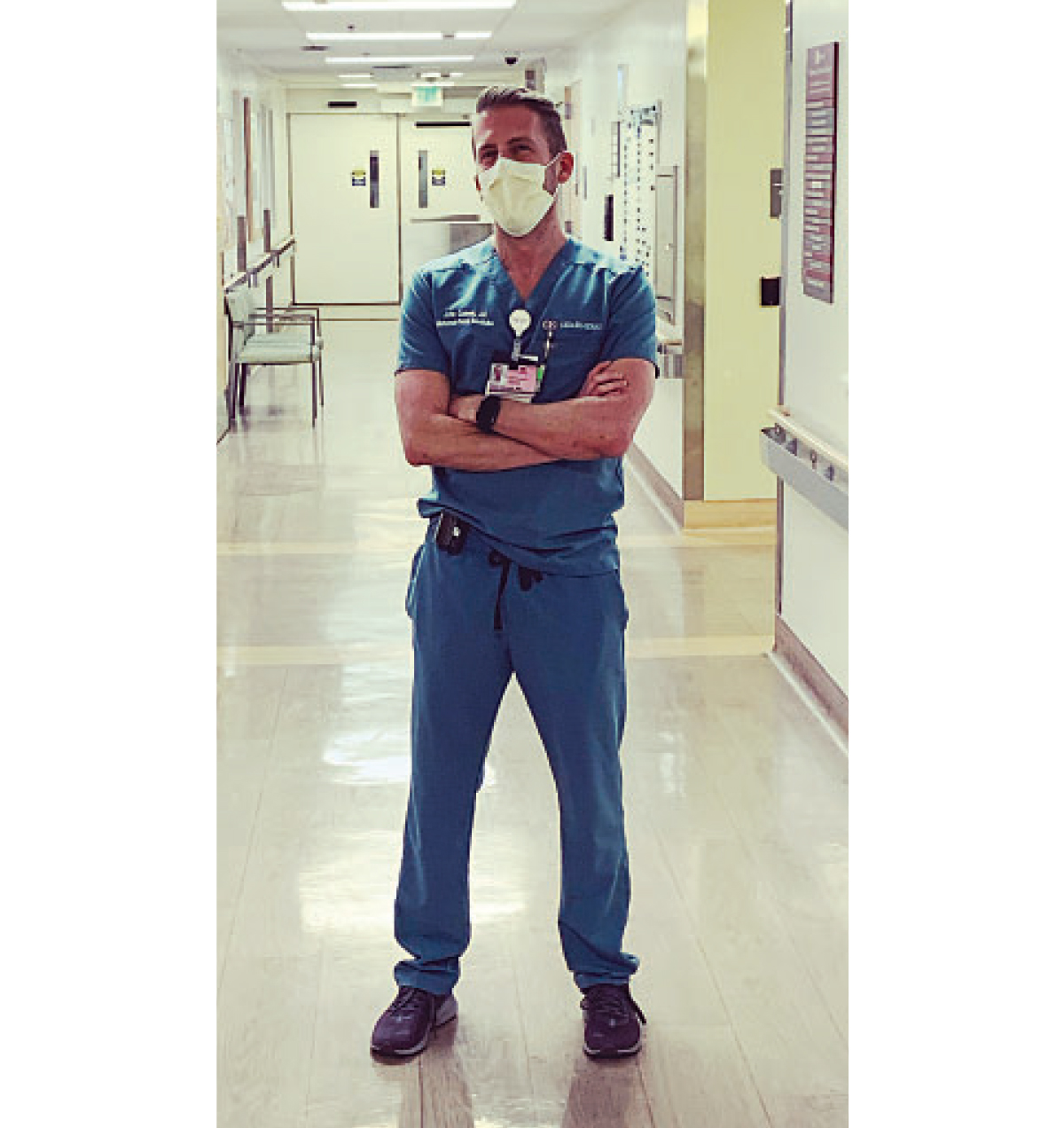