Nate ‘n Al’s is Back in Beverly Hills

Iconic delicatessen Nate ‘n Al’s is returning to its original Beverly Hills location for take-out and delivery as of May 15. The Courier spoke with Stephen J. Cloobeck, whose family trust owns the Beverly Drive building where the deli is located. “We are excited that they are going to reopen. And this is not a temporary fix. They are going to be there for some period of time,” he said.

“We are thrilled to reopen Nate ‘n Al’s again,” said Shelli Azoff, owner of The Azoff Restaurant Group (ARG), which purchased the deli in 2019. “It was always our goal to keep the tradition alive, and our temporary pause in operations was to ensure the safety and well-being of our staff and our customers – which will always come first. We can’t wait to get back to serving our classic and delicious comfort foods at a time when we need it most!”

A few weeks into the Stay at Home order, news circulated that the beloved deli was closing on March 29. With the lease term ending and negotiations for a replacement spot in the old Wolfgang’s Steakhouse on Canon Drive at a standstill, it looked as though the Beverly Hills landmark would close for good. Loyal—and brokenhearted — customers flocked to Beverly Drive to pick up orders of matzo ball soup, pastrami on rye and other specialties that beckoned celebrities and regular folk alike for decades.

Nate ‘n Al’s will return with a pared-down menu that includes classic favorites, along with new family-style items, reduced hours and a smaller team, in order to ensure safety and social distancing among the kitchen and front-of-house order staff.

According to an ARG representative, “The team is thrilled to open their doors to their beloved customers. Nate’s has been overwhelmed with the love and support shown during this very difficult time.”

Cloobeck, too, says the desire to help the community was a big inspiration for him to sit down with ARG.

“Their lease was up so I sat down and talked to my oldest son Jake and he said, ‘Let’s do something for the community, Dad.’”

He added, “I love Beverly Hills”. Everyone at The City is fantastic.

The Cloobeck family has just purchased Kirk Kerkorian’s old estate at Roxbury Drive and Benedict, where Jake 22, who is an entrepreneur who owns Script Haven —a web-portal that connects young screenwriters with producers —will be living. “I’ve always dreamed of having a home in Beverly Hills,” said Cloobeck, who is originally from Encino, “And it’s nice to be part of the community. It’s a second home for us and the first home for my son.”

And, former Nate ‘n Al’s employees are anxious to get back to work amidst the family environment at the restaurant. Gloria Leon, the 40 plus-year veteran waitress, is returning. She will be taking phone orders for now. Angela Patterson, who worked as a hostess for two decades, told the Courier that she misses her job. But her position has not reopened, because there is no in-house dining as of yet.

“These are interesting times, and everyone just has to help out one another and do the right thing,” said Cloobeck.

Take-out and delivery at Nate ‘n Al’s will be facilitated in-house, in order to employ back as many team members as possible. Minimum orders are $25, with a $10 delivery charge. 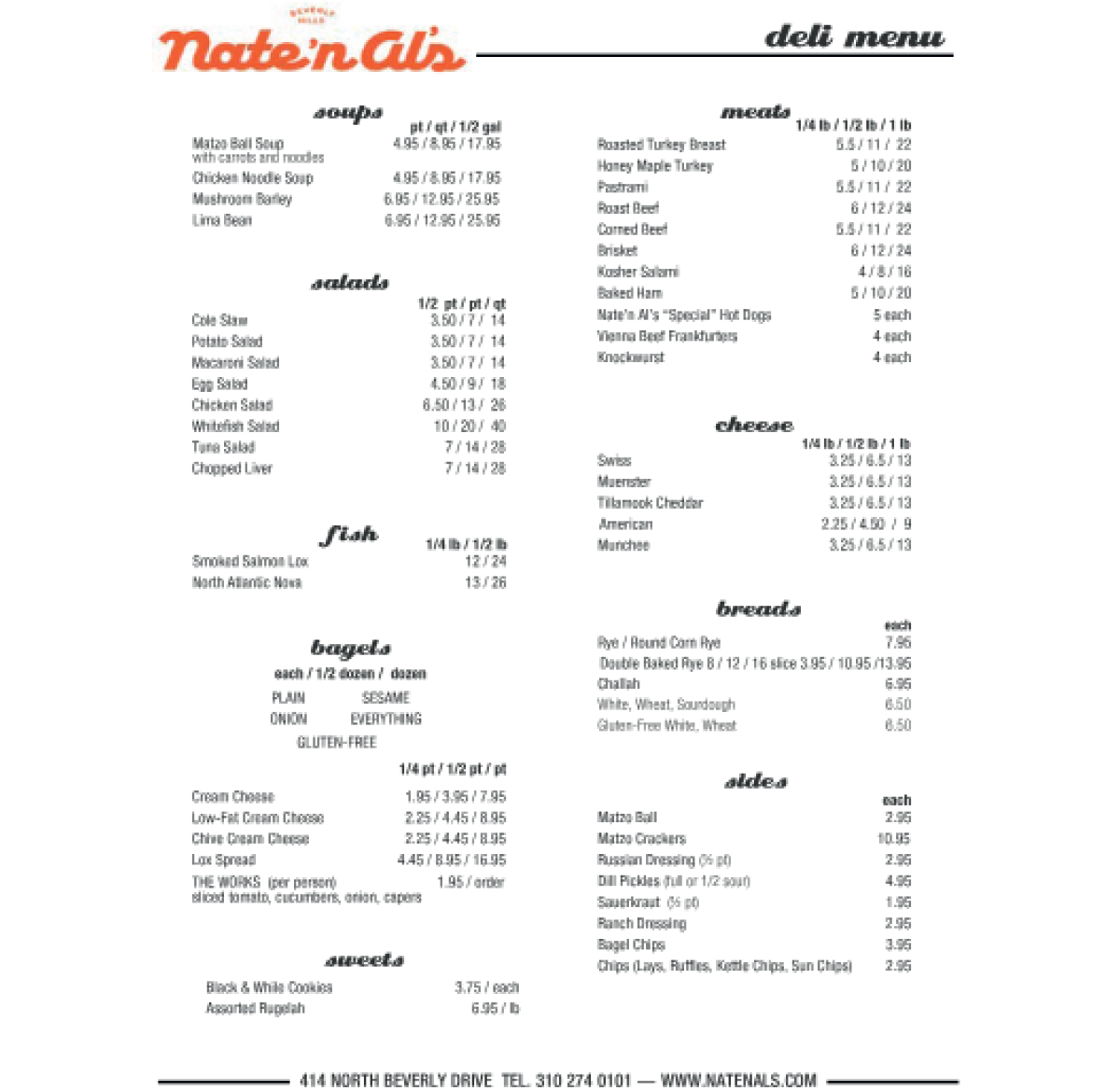