On May 30, thousands of protesters marched through Beverly Hills for the first time in recent history following the killing of George Floyd at the hands of a Minneapolis police officer. The day ended with more than 80 arrests and damage from serious acts of vandalism in the Civic Center and business district. In the three days since, curfews have been in place in Beverly Hills and throughout Southern California. But the protests continue. In Beverly Hills, the law enforcement presence now includes the California National Guard as well as armored vehicles from neighboring jurisdictions.

This afternoon, tensions were high on South Santa Monica Boulevard and Rodeo Drive, where the Courier observed an impasse between the Beverly Hills Police and a throng of protestors. The crowd chanted “Take a knee” and other slogans as they faced a phalanx of officers. Officer Don Chase approached the demonstrators and took a knee as a show of unity. He spoke with and listened respectfully to the protestors, who moved in close to him, attentively. After a few minutes of discussion, the crowd began shouting the officer’s name approvingly. And, they dispersed peacefully before the 1 p.m. curfew. 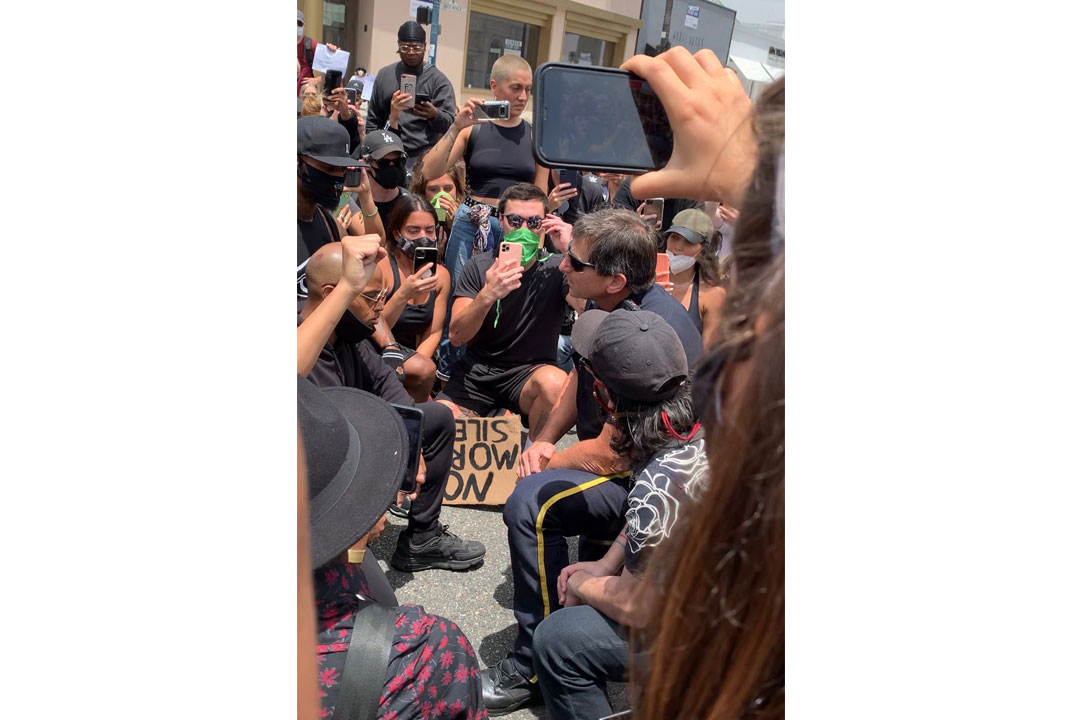 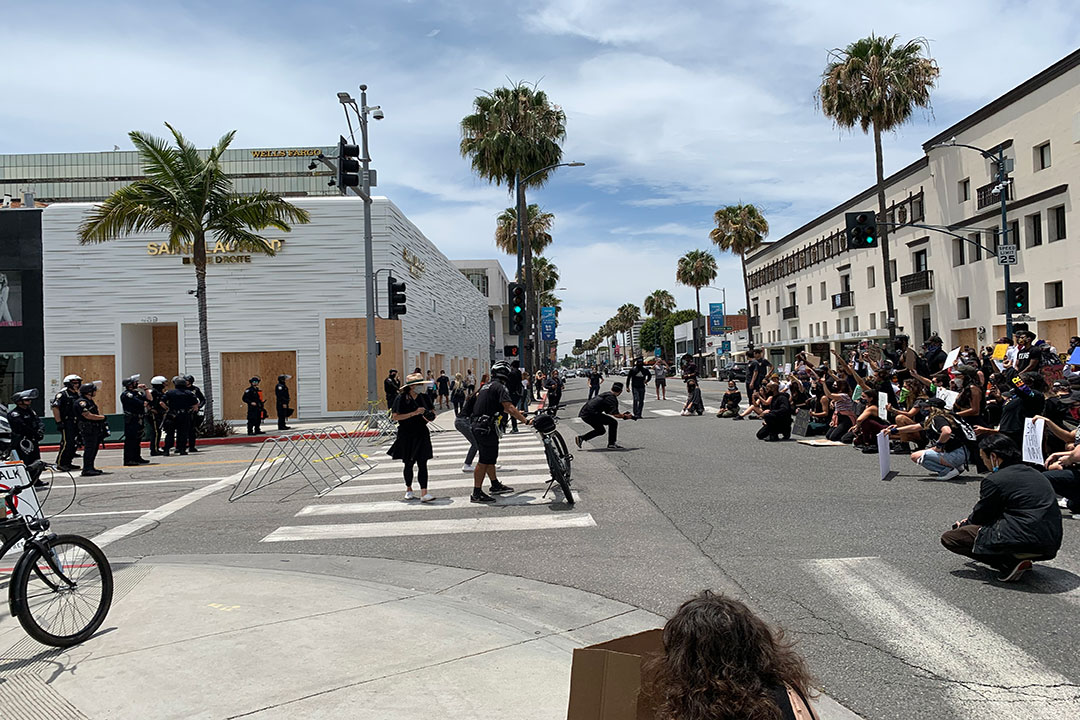 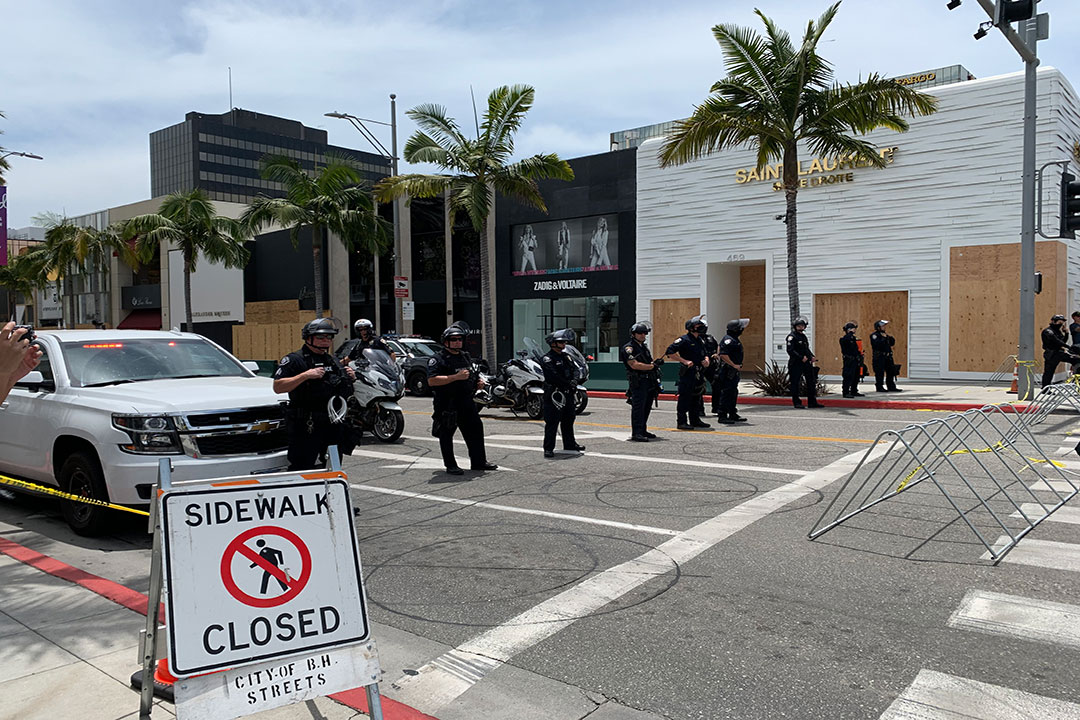 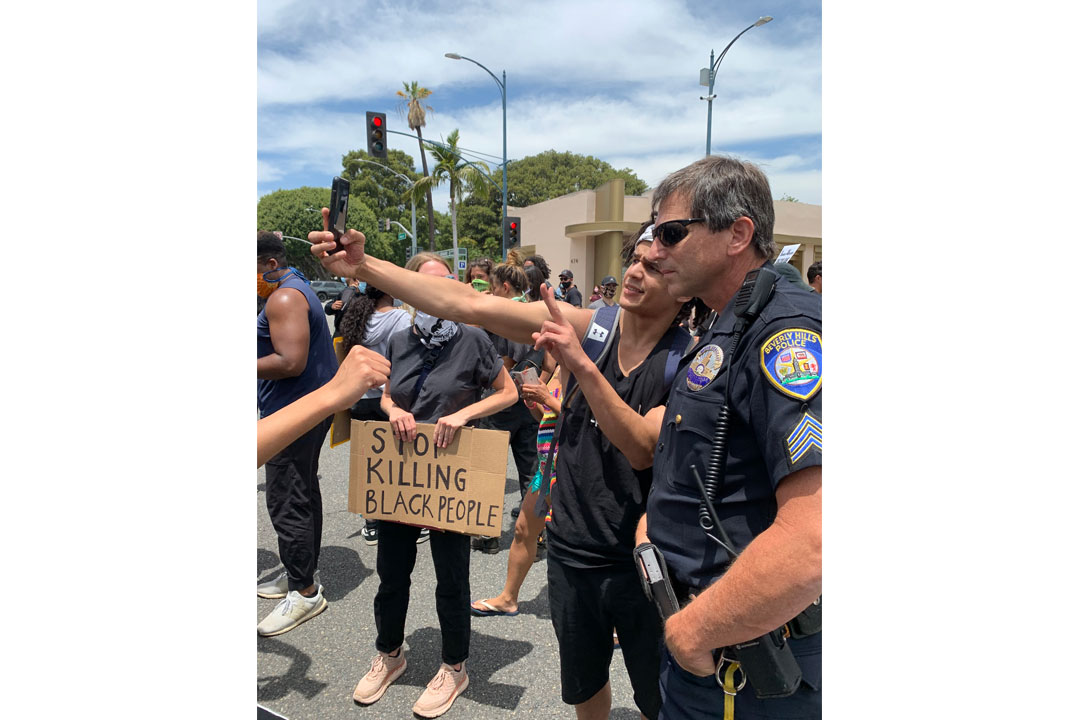