In the past few weeks, Los Angeles has faced a reckoning over an unintended consequence of prolonged social isolation: house parties. Neighborhoods and cities have reported upticks in complaints about large, residential gatherings, worrying public health officials over the risk of undermining progress made in the fight against COVID-19. Following a shooting death at one such event in Beverly Crest on Aug. 3, the City of Los Angeles has threatened to increase penalties for homeowners found hosting parties and cut off utilities to their property.

“We have seen an increase in calls regarding large gatherings, including house parties,” said Beverly Hills City spokesperson Keith Sterling. “As health officials have said, any gathering of people in a confined space currently presents a danger and risk for the spread of COVID-19.”

Calling in during the public comment phase of the Beverly Hills City Council meeting on July 21, self-identified resident Gabe Goldstein complained about the parties. “Each and every day, I see numerous mass gatherings within dwellings throwing parties, gatherings, and other such events where social distancing is not being adhered [to],” he told the Council.

During that July 21 meeting, the City Council approved additional funds in the amount of $170,000 to the law firm of Dapeer, Rosenblit & Litvak for municipal code prosecution services related to party houses and similar infractions.

“Law enforcement and code enforcement work together to evaluate each circumstance and determine the most appropriate course of action,” Sterling explained about the City’s approach. “This included taking the steps necessary to ensure compliance with all parking and noise ordinances.”

BHPD Public Information Officer, Lt. Max Subin, told the Courier, “The department discourages houses that are for rent via short term rental sites for the use as a party location.” Officers have the option to issue citations for violating city’s “Loud and Unruly Gathering Ordinance,” which prohibits gatherings of three or more people that pose “a threat to public peace, health, safety, or welfare.”

The Los Angeles County “Reopening Safer at Work and in the Community for the Control of COVID-19” prohibits “gatherings of people who are not part of a single household or living unit.” Nonetheless, as quarantine has dragged on and traditional places of revelry like bars and clubs remain closed, groups of largely young Angelenos are finding diversion in L.A.’s large mansions in areas like Bel Air, Hollywood Hills, and Beverly Hills.

Since the beginning of the pandemic, L.A.’s party-goers have sought to flout restrictions on socializing by congregating in the city’s luxury real estate like modern-day speakeasies. In May, for instance, the Los Angeles Police Department responded to a raucous party held in a Hollywood Hills Airbnb. At that party, according to media reports, officers learned that a man had accidentally shot himself in the groin.

The issue gained more traction and visibility in the last week following the tragic party in the Beverly Crest area on Mulholland Drive. Videos circulating on social media of the party showed the kind of affair that would have appeared unremarkable just months earlier: dozens of people milling about on balconies and by a pool, standing shoulder to shoulder, enjoying Beverly Crest’s status-conferring views. Police responded to the scene at around 7 p.m. after numerous calls from neighbors complaining about the noise and traffic, LAPD Lieutenant Chris Ramirez said at a press conference. Hours later, around 12:45 a.m., a shooting was reported and officers found two women and a man suffering from gunshot wounds. One woman, 35-year-old mother of three Brandi Parham, died as a result.

But beyond the immediate tragedy of the violence, public officials saw a broader, also deadly threat posed by the gathering.

L.A. City Councilmember Paul Koretz, whose district includes Beverly Crest, reacted to the incident in an Aug. 4 statement. “Illegal gatherings, homes being rented to be used as social venues, and other criminal activity during COVID-19 put our neighborhoods and residents in grave danger,” he wrote. “I am calling on all our public safety agencies, including the Los Angeles Police Department and the Los Angeles Fire Department to unequivocally enforce against all illegal house parties, due to their inherent danger in placing our hillsides, our neighborhoods, and our residents in peril.”

Despite the laws against such gatherings, LAPD expressed ambivalence about their power to enforce such limits. “It was a private party, it was indoors,” said Lt. Ramirez. “How do you enforce the fact that it was a private party? It’s like me going to your house trying to tell you what to do on your own property.”

In Beverly Hills, there has been no such ambivalence. A party held on Jul. 25 in the Trousdale Estates neighborhood was shut down within minutes of three officers and a sergeant arriving, according to Lt. Subin. The homeowner was cited for violating the “Loud and Unruly Gathering Ordinance.”

According to one neighbor, the gatherings at the residence have been more constrained since then.

The motion takes aim at loopholes in the current regulations around short-term rentals that allow renters to turn the properties into ad hoc nightclubs. Short-term rental and home-sharing services through sites like Craigslist and Airbnb often find themselves linked to the parties. 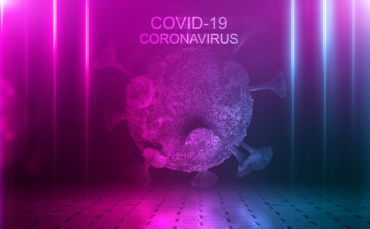