Philanthropist Wendy Goldberg, told the Courier that Christy “had one of the brightest, clearest minds of anybody I’ve ever known.

Former Beverly Hills Courier columnist George Christy passed away Aug. 11 at the age of 93. The “George Christy page,” replete with full-length images of glamorous gowns, celebrity parties and movie premieres, was a popular feature in the Courier from 2006 to 2019. Prior to his tenure with the Courier, Christy wrote “The Great Life” column  for  The Hollywood Reporter (THR) for 26 years

Former SVP and Group Publisher of THR and Billboard, Lynne Segall, shared a social media posting with the Courier, in which she noted that Christy “covered everything from the Italian Regatta Boat Races to dinners with the head of Bulgari. From movie premieres and Swifty Lazar’s Oscar parties to coverage of  books and food, no one wrote a more interesting column with  the greatest photos.  George never took notes and had a steel trap memory,” said Segall.

Philanthropist Wendy Goldberg, told the Courier that Christy “had one of the brightest, clearest minds of anybody I’ve ever known. It wasn’t that he just reported on Hollywood. It wasn’t just fluff. It was about poetry. It was about history. There was nothing that he didn’t know. You learned from him and not just about celebrities. He was extraordinarily special,” said Goldberg.

George Schlatter, President of George Schlatter Productions, told the Courier that Christy was “a major force in the community who was supportive of every event, every charity and every personality.”

It isn’t surprising then, that one of Christy’s favorite quotes, according to the President and CEO of Motion Picture Corporation of America, Brad Krevoy, was “Loyalty is everything.”

In the end, Christy was loyal to his friends and his profession. Photographer Scott Downie, who worked with Christy for more than three decades, noted, “Geoge didn’t stop working until March of 2020 when the COVID-19 virus brought about a shutdown of our nation including all of Hollywood.” 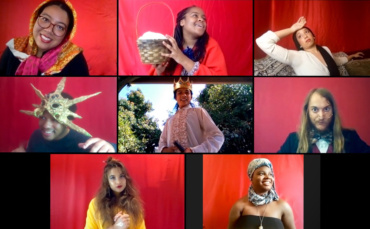 Virtual Programming Draws Audiences to The Wallis During COVID-19

Directed by Joel Zwick, Felder’s dramatic journey into the great German composer’s life will include a bounty of music by Ludwig van Beethoven, including excerpts from “Moonlight Sonata.” 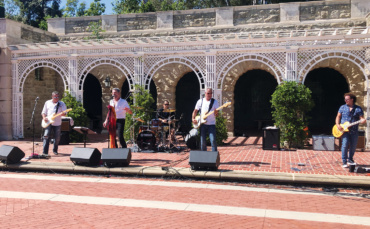 Concerts on Canon and Greystone Performances Available on BHTV Channel 10

In addition to "Concerts on Canon," a new performance series is emanating from the recently restored 1928 historic Greystone Theatre at Greystone Mansion & Gardens.