Chua has lectured widely around the world, including at the World Bank, the Aspen Ideas Festival, the Brookings Institution, the World Knowledge Forum in Seoul, and the World Economic Forum in Davos.

Visionary Women will present a Virtual Salon, “Amy Chua: From Tiger Mom to Cancel Culture: Finding Common Ground in a Tribal World” in Conversation with Anne Ackerley on Sept. 17 at 3:30. The event, sponsored by GEARYS Beverly Hills, is open to the public and registration is free. To sign up, visit the website www. VisionaryWomen.com under “Virtual Salons.”

Visionary Women is the Beverly Hills-based non-profit community focused on engaging conversations with innovative leaders and funding high-impact initiatives for women and girls.

Chua, of course, is best known for her 2011 memoir, “Battle Hymn of the Tiger Mother,” an international bestseller translated into 30 languages. But, her accomplishments are much more far reaching. She graduated from Harvard College and Harvard Law School, where she was the first Asian American Executive Editor of the Harvard Law Review. After practicing on Wall Street for a few years, she joined the Yale Law School faculty in 2001 and is a noted expert in the areas of foreign policy, globalization, and ethnic conflict. She is currently the John M. Duff, Jr. Professor of Law at Yale Law School.

Chua has authored several other notable books, including “World on Fire: How Exporting Free Market Democracy Breeds Ethnic Hatred and Global Instability” (2002), selected by both The Economist and the U.K.’s Guardian as a Best Book of 2003; “Day of Empire: How Hyperpowers Rise to Global Dominance—and Why They Fall” (2007) and “The Triple Package: How Three Unlikely Traits Explain the Rise and Fall of Cultural Groups in America” (2013). Her latest book is “Political Tribes: Group Instinct and the Fate of Nations.”

Chua has lectured widely around the world, including at the World Bank, the Aspen Ideas Festival, the Brookings Institution, the World Knowledge Forum in Seoul, and the World Economic Forum in Davos.

In 2011, she was named one of Time magazine’s 100 most influential people in the world, one of the Atlantic Monthly’s Brave Thinkers, and one of Foreign Policy’s Global Thinkers. She also received the Yale Law School’s “Best Teaching” award.

“We are so excited to have the opportunity to present another first class speaker at our next Visionary Women Salon on Sept. 17. Notwithstanding the pandemic, we have been able to continue to present  some of the world’s most important thought leaders and speakers. At this time, Amy Chua is particularly meaningful as she will be discussing our ability to find common ground where finding a common ground is becoming increasingly difficult. As an online platform, Visionary Women is committed to building the city’s most important forum on leadership, women supporting other women and using its platform to make an impact,” Visionary Women President Shelley Reid told the Courier. 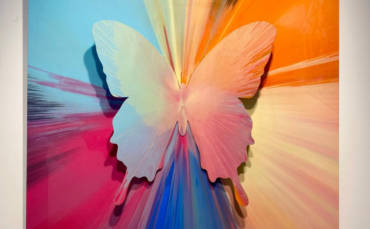