Since sundown on Sept. 18, Jews around the world began observing their holiest days on the calendar in the strange, virtual format of the era of COVID-19. Despite the limitations placed on worshipers by the virus, the 10 days following the Jewish New Year of Rosh Hashanah mark a period of introspection—a time to reflect on the year’s transgressions and ask for forgiveness. The 10 days culminate in Yom Kippur, the Day of Atonement, in which observers participate in a day-long fast and prayer throughout the day.

This year’s holidays also come during a time of unique fractiousness and division—in some ways accelerated by the same tools of communications used to stay in touch during the pandemic.

Scholars of history, extremism, and anti-Semitism have begun sounding the alarm in recent weeks about the rise of extremism and Jew-hating conspiracy theories. According to experts, current conditions of uncertainty, economic hardship and political turmoil are ripe for fomenting animus.

As the pandemic stretches into its sixth month and a contentious presidential election looms, these experts stress the importance of educating the public about anti-Semitism and the Holocaust in order to moderate the worst tendencies of our times.

On Sept. 22, the Simon Wiesenthal Center released a report spotlighting QAnon, a tangled conspiracy theory that has emerged from the anonymous corners of the internet. The report warned of the conspiracy’s potential for radicalizing adherents toward anti-Semitism and violence—a fear echoed in an assessment by the FBI.

“Just as anti-Semitism and Jew-hatred have been around for thousands of years, QAnon: From Fringe Conspiracy to Mainstream Politics highlights the staying power of pernicious and lurid conspiracy theories spawned by fertile imaginations and nurtured by people’s fears,” the Center said about the report in a statement.

The conspiracy has appeared in mainstream discourse recently, with as many as 77 Congressional candidates running for office who have espoused support for it.

Beverly Hills has become a regular gathering place for adherents of QAnon at the weekly “Freedom Rally” held in Beverly Gardens Park. The rally attracts a mix of other groups as well, including COVID-19 skeptics, Second Amendment advocates, and general supporters of Donald Trump.

QAnon got its start on anonymous online forums in 2017 when an individual or group of individuals began posting under the moniker “Q.” The poster claimed to have “Q-level” intelligence clearance granted by the Department of Energy. The conspiracy now trades in fantastical theories that include accusations of child trafficking and satanic rituals, to name a few.

“This is where the history of the Holocaust can actually really be helpful,” Dr. Stephen Smith, the Finci-Viterbi Executive Director of the USC Shoah Foundation and UNESCO Chair on Genocide Education, told the Courier. “Because the Nazis had a whole thing called the Aryan myth, and it was all a massive conspiracy theory about Jews and their threat to society, to the point at which Germans became sufficiently diluted to believe that Hitler was some demigod.”

A study released on Sept. 8 by Echoes and Reflections, a joint venture between the Shoah Foundation, the Anti-Defamation League, and Yad Vashem, found that 80 percent of college students surveyed received at least some Holocaust education in high school. Those that had studied the Holocaust were more likely to report willingness to challenge incorrect or biased information, challenge intolerant behavior in others, and stand up to negative stereotyping.

“When young people do confront the history of the Holocaust,” Dr. Smith said, “and particularly when they use personal life histories, they seem to develop greater empathy and a greater sense of awareness of what they do in the world and how they act in the world.”

Smith believes some form of teaching about the Holocaust should be mandated in schools. He points to the success of organizations such as the Shoah Foundation in performing this important work.

“Ten years ago, we had a thousand teachers, we now have 175,000 teachers at the Shoah Foundation. Ten years ago, we were not associated with (education resource company) Discovery Education. Now we have a partnership with them. They reached 50 percent of all public schools and have millions of teachers on their roster. And the Shoah Foundation’s content is embedded across the Discovery Education platform. So it just means that there are more resources, more support, teachers don’t have to go floundering around looking for a book, for example, they can go straight to their Discovery Education account, type in the Holocaust and boom, they’ve got it. Well, packaged and delivered nicely and interesting.

As Jews observe the High Holy Days, and as tensions continue to mount with the approach of the November presidential election, Rabbi Cooper suggests that families resist the isolation and atomization of online interactions and simply talk. “This is a very pivotal time to have that conversation,” he said. 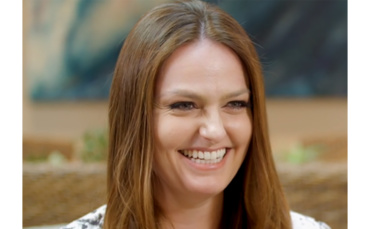 While you’re in planning mode, encourage your kids to pin passwords and Zoom log-in information right on their desks, where they can see it easily to avoid a mad scramble during school hours. And be sure they set up systems—binders, digital folders for various subjects, and workspace areas—to help stay organized. 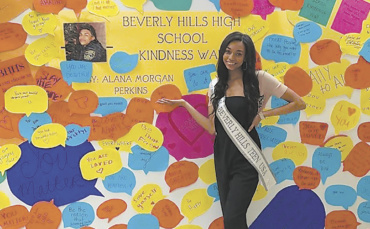 I’m looking forward to creating more kindness walls across the United States because I saw how much of an impact it had on others and I saw how much it really changed our school overall.