California Governor Gavin Newsom vetoed a bill on Sept. 30 that would have required all high school students in California to take an ethnic studies course to graduate. The closely watched bill would have mandated the courses beginning in 2029-30. In his veto statement to the legislature, Newsom noted that while he is a proponent of ethnic studies courses in general, he believes fixes are needed for the proposed curriculum set forth in Assembly Bill 331.

“Last year, I expressed that the initial draft of the model curriculum was insufficiently balanced and inclusive and needed to be substantially amended. In my opinion, the latest draft, which is currently out for review, still needs revision,” he wrote.

Newsom added that he is directing his staff to work with state officials to ensure the curriculum achieves “balance, fairness and is inclusive of all communities.”

Shortly after the veto, the California Teachers Association expressed its disappointment. “In the midst of the largest and most widespread movement for equality and equity our nation has seen since the Civil Rights era, the need for all students to learn about the diverse histories and perspectives of Black, Indigenous and people of color couldn’t be greater,” said CTA President E. Toby Boyd. He emphasized the need for “an authentic ethnic studies curriculum that can be implemented with veracity and reliability.”

The lead author of the bill, Assemblyman Jose Medina, D-Riverside, expressed surprise at the veto, in light of changes negotiated to the bill in late August. Several of those changes were suggested by the California Jewish Legislative Caucus.

Jewish groups had objected that the curriculum in its original version minimized anti-Semitism and sided with Palestinians over Israel in a lesson plan on Arab Americans. The curriculum even came up during public comment at the Sept. 8 Beverly Hills Unified School District Board of Education meeting. In response, Board President Isabel Hacker released a statement that said, “It should be noted that we denounce all forms of anti-Semitism, prejudice, bias or discrimination of any person. The concerns regarding AB-331 should be heard. We read every public comment made this evening at the Board of Education meeting however, should our community want to reach the Department of Education regarding AB-331, I encourage you to email ethnicstudies@cde.ca.gov.”

On Oct. 1, the Simon Wiesenthal Center released a statement commending Newsom’s veto of the bill. The Center thanked Newsom  for focusing on improving the AB 331 curriculum.

“The Simon Wiesenthal Center reiterates its support for mandatory ethnic training for all students before they graduate a California high school and will work with Tony Thurmond, California’s Superintendent of Public Instruction and the California Department of Education to ensure that the state’s Ethnic Studies Model Curriculum will be balanced and will incorporate ‘core values of equity, inclusiveness, and universally high expectations’ for all of California’s diverse communities.”

“The Wiesenthal Center thanks the members of the Jewish Caucus, especially its Chair, Senator Ben Allen, and Co-Chair, Assemblyman Jesse Gabriel, for their leadership in placing ‘guardrails’ in the legislation to minimize any adverse impact on the Jewish community,” said Rabbi Meyer H. May, the Simon Wiesenthal Center’s Executive Director.

“The Simon Wiesenthal Center welcomes the opportunity to work with the Mr. Thurmond and the Jewish, African-American, Latino and Asian Pacific Islander  caucuses of the California Legislature to make the necessary revisions to move the curriculum forward. As California is such an ethnically diverse state, a rigorous and pedagogically sound curriculum that meets the guidelines set by the CDE, would be of great benefit to teachers and students.” 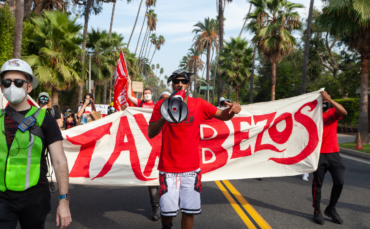