The Beverly Hills Rent Stabilization Commission took up the question of relocation fees on Nov. 4, beginning the long process of making recommendations to send to the City Council. While the City currently requires relocation fees for renters subject to no-fault evictions, the fees are lower than in surrounding cities and have stagnated since their introduction in 2017. The meeting went deep into the history of relocation fees in the City and considered multiple permutations of how they might look in the future.

In early 2017, the City Council modified the Rent Stabilization Ordinance (RSO), establishing relocation fees for tenants evicted in certain circumstances. Those circumstances include situations when a tenant refuses to reenter into a lease agreement; when a landlord seeks to move a new building manager into a unit occupied by a previous building manager; when a landlord wants to move their spouse, children, or parents into an occupied unit; when a landlord intends to demolish or move the building or convert the unit into condominiums, stock cooperatives, or community apartments; or if a landlord wishes to do major remodeling.

The RSO calculates relocation fees by estimating the first and last month’s rent, plus a security deposit and utility start-up costs, based on the unit’s size. The fees also include $1,116 for moving expenses, which the City selected by averaging the rates of five local moving companies multiplying it by the nine-hour average it takes to move a two-bedroom apartment. Finally, households with senior citizens, disabled individuals, and children are entitled to an additional $2,000.

Even after the City codified relocation fees, questions remained about how to best weigh the rights of the tenant against the rights of the property owner. In Nov. 2017, the City contracted with real estate and economic development consultant HR&A Advisors, Inc., to compare the Beverly Hills’ rent stabilization ordinance with other cities and determine whether to keep or revise the relocation fees.

After submitting a draft report and holding a public feedback session, HR&A Advisors came back with its findings on Oct. 11, 2018. The report compiled the positions of tenants who commented during the hearing process. Tenants stated that relocation fees should increase at the same rate of annual rent increases; landlords should pay a per diem relocation fee for temporary evictions; protected classes, such as the elderly, disabled, and children, should receive an additional $3,000, with a subsequent $1,500 for each additional member of any protected tenant class; and that the fees should include lost wages and other costs incurred by the eviction.

Landlords similarly expressed their interests during the commenting period. They advocated that fees should be limited to two times the current monthly rent; relocation assistance should be based on a tenant’s financial means with a cap on tenants over a certain income; and that tenants should be limited in how often they can receive relocation fees.

Commissioner Remmie Maden, along with others, suggested using the City’s rental registry instead of the CPI to determine the relocation fee. The CPI, she explained, “may not tell the whole story about what the market rate of a studio, one bedroom or two bedroom is.”

Commissioner Kathy Bronte advocated for adding a tier for three-bedroom units, “because that is a big difference when you have multiple children, especially if they’re in school,” she said.

Deputy Director of Rent Stabilization Helen Morales acknowledged that it will take the Commission time to adequately address every topic relating to the fees.

“Some of these topics are going to take three and four meeting sessions to get through,” noted Morales. The Commission voted to continue the discussion to their next meeting on Dec. 2.

“I just want to remind everybody,” Morales said, “everybody has a commission term of at least four years. So, we’ve got some time to work this through. We do things very slowly for a reason, because it affects people’s daily lives.”

“In a City where demands are high for new projects and services, this would assist departments in being able to enter into these contracts more quickly, but with the same level of compliance required on an annual basis for obtaining quotes/formal bids, respectively based on the annual purchasing thresholds,” it reads. 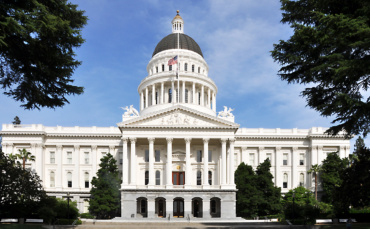 “Proposition 15 will raise taxes on commercial properties, undoing the protections of Proposition 13 and leading to higher costs for all businesses, including small businesses,” the Beverly Hills Chamber of Commerce (BHCC) stated in its endorsement. Prop. 15 is currently narrowly losing, with nearly 52 percent of voters casting “no” ballots.

Election Results for BHUSD School Board and Measure RP

Trailing slightly behind Stern, Tryfman came in at 16.82 percent of the vote, with 4,343 ballots cast in her favor.