The last of the 19 oil wells located near the Beverly Hills High School (BHHS) athletic fields was secured and capped in October. The event marks the near end of a $40 million project that began in April of 2018.

The oil capping project necessitated a temporary closure of the girls’ softball field. Aside from that, the disruption to the campus and surrounding area was minimal.

For years, the energy company, Venoco Inc. operated under a $1.1 million annual lease with the Beverly Hills Unified School District (BHUSD) and the City, for the extraction of roughly 300 barrels worth of oil a day. The lease stated that the responsibility of cleaning up the site fell to Venoco. However, after ceasing all oil and gas extraction from the site on Dec. 31, 2016, the company filed for bankruptcy in April of 2017, informing the District and City of their intention of vacating the premises. After a bankruptcy judge ruled that Venoco had no further responsibilities related to the oil sites, the City and BHUSD were tasked with the monitoring and plugging of the remaining wells.

In December of 2017, the City and BHUSD reached an agreement whereby the City would assume the management of the oil well plugging project. The City agreed to contribute $8 million to help fund the endeavor, but ultimately advanced $11 million as the BHUSD’s need for financial support became more evident.

The City and BHUSD contracted with WZI, Inc., an environmental consultant specializing in petroleum engineering, to assist and oversee the well plugging process. To complete the project, ARB, Inc. was also retained to provide well monitoring and abandonment services, as well as maintaining well pressure at a safe level.

As the partnership between the City and BHUSD draws to a close, the latter will finance all additional remediation expenses with funds from Measure BH, the $385 million construction bond voters passed in 2018. 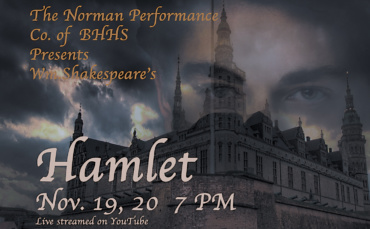 The demonstration project aims to illustrate the potential for pedestrian amenities that could be expanded in other parts of the City. The project will remain in place for at least six months.