“In analyzing information provided in September 2020 by Freddie Mac and the Embarcadero Institute, it is clear HCD’s determination of the overall housing shortage in California is flawed,” the letter, written by City Manager George Chavez, says.

The City of Beverly Hills currently faces the daunting goal of enabling construction of 3,096 units of housing in a City of slightly less than 34,000 residents. This number, known as the Regional Housing Needs Assessment (RHNA), and the methodology behind it have become a source of contention in Beverly Hills and other cities in California who say that Sacramento has set impossible housing expectations for them. At the Dec. 1 Regular Meeting, the Beverly Hills City Council unanimously ratified a letter to the Southern California Association of Governments (SCAG) requesting a special closed meeting of the SCAG Regional Council. The letter points to data that contradicts the State Department of Housing and Community Development (HCD) and suggests a much lower housing need in the State. The special closed meeting would consider the possibility of SCAG launching a legal challenge against the HCD in an effort to reevaluate the housing burden across the State.

“In analyzing information provided in September 2020 by Freddie Mac and the Embarcadero Institute, it is clear HCD’s determination of the overall housing shortage in California is flawed,” the letter, written by City Manager George Chavez, says. “For these reasons, the City of Beverly Hills supports a special closed meeting of the SCAG Regional Council be convened in order to discuss the RHNA Litigation Committee’s recommendation.”

Every eight years, cities and jurisdictions around the State draft a new Housing Element, a part of the General Plan which considers the housing needs of the community and anticipates how that need will change. With the housing cycle slated to start again in 2021, localities across the State are preparing their Housing Elements for approval by the State. The RHNA number sits at the heart of the Housing Element, an evaluation of the number of units needed in the next eight years and the land use plans and regulations necessary to accommodate them.

Before a city like Beverly Hills receives its RHNA allocation, HCD first determines the housing needs in each region of California by examining population data. The number that HCD calculates gets passed to a local regional planning agency that looks at more local data and distributes the total among its jurisdictions. For Beverly Hills, this task falls to SCAG.

In 2019, the State gave SCAG a whopping 1.3 million units to distribute among its localities, 3,096 of which were passed on to Beverly Hills. In contrast, Beverly Hills’ allotment in the previous eight-year cycle was only three units. While not a development mandate, cities face penalties for not making it possible to develop the requisite number of units. If the State feels that a jurisdiction falls short of that requirement, it can withhold certification of its General Plan. This results in loss of certain State funds, more frequent updates to the City’s Housing Element, and loss of control over housing project decisions.

But according to the City’s letter to SCAG, the State of California made fundamental errors in calculating the amount of housing needed in the Golden State. The letter cites two studies conducted by Freddie Mac and the Embarcadero Institute, a non-profit policy analysis organization. In the study conducted by the former, Freddie Mac calculated the State’s housing shortage at only 820,000 units. As the staff report for the Dec. 1 Regular Meeting notes, “This means the number assigned to the SCAG region by HCD far exceeds the housing units identified by Freddie Mac for the entire state.”

The study by the Embarcadero Institute challenges the methodology used by the State, arguing that the State may have “used an incorrect vacancy rate and performed double counting,” according to the staff report.

“Given the recent information released by Freddie Mae and the Embarcadero Institute, we also feel this subject merits the additional consideration and recommendation of the Regional Council,” the letter reads. “We hope this special meeting can be convened immediately.” 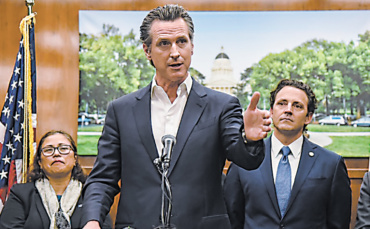 Starting Dec. 3 at midnight, Los Angeles County will begin accepting applications for $30,000 grants to small restaurant owners struggling to make ends meet during a pandemic that has now shut down outdoor dining. 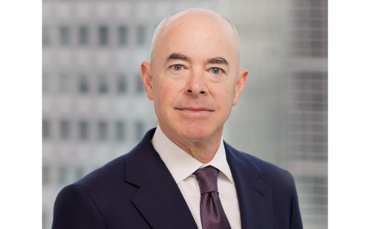