The Zaslavs’ purpose in restoring Woodland is to “ensure that the property is enjoyed in its original state for generations to come,” said Jason Somers, President of Crest Real Estate, who oversees the project.

On Dec. 10, the Beverly Hills Planning Commission heard a proposal they couldn’t refuse. That is, they approved conditional Historic Incentive Permits (HIP) for renovations and improvements on 1033 Woodland Drive, an architecturally and historically significant house once owned by Hollywood titan and The Godfather producer Robert Evans. The permits would allow the project to deviate or waive certain development standards in the Beverly Hills Municipal Code. However, for the HIP to go into effect, the City Council must first grant the property Local Historic Landmark status. The Council is expected to rule on the status early next year.

The property has wound its way through multiple City commissions as it has sought Local Historic Landmark status. The Cultural Heritage Commission initiated landmark proceedings on Nov. 6, 2019, for possible inclusion on the Beverly Hills Register of Historic Properties—a list that includes the Beverly Hills Hotel and Greystone Mansion. After a Preliminary hearing on Dec. 4, 2019, the Cultural Heritage Commission found that the property appeared to be eligible for the designation—a conclusion echoed by the City’s historic consultant, Jan Ostashay of Ostashay & Associates Consulting, in a landmark assessment and evaluation report. Then, on June 18, 2020, the Cultural Heritage Commission unanimously adopted a resolution recommending that the City Council designate the Woodland property as a Landmark and place it onto the registry. Over a week later, the Commission reviewed the proposed project and issued a preliminary conclusion that it complies with the Secretary of the Interior’s Standards for the Rehabilitation of Historic Properties, a commonly used set of guidelines for maintaining and restoring historic buildings.

Shortly after Evans’ death in 2019, Discovery CEO David Zaslav and his wife, Pam, purchased the property for $16 million. The Zaslavs found the home, built in 1942, in mild disrepair and committed to restoring it to its halcyon state. Now, they are proactively petitioning the City of Beverly Hills to designate 1033 Woodland as a Local Historic Landmark.

Planning Commission Vice Chair Lori Green Gordon praised David Zaslav’s initiative in applying for the status. “To say that he wants to preserve it not just for his family, which I think is wonderful, but I think going forward, he looks at this as something that will be preserved for the community as a historic resource,” Gordon said. “I have to commend you because that is an act of honor and I really do appreciate that you do that for our City.”

The Zaslavs have an incentive to apply for landmark status. The City of Beverly Hills offers a Historical Incentive Permit, which is meant to “incentivize the protection of significant historic resources by providing a process by which owners of locally designated historic landmarks may request waivers or deviations from certain development standards,” according to the Beverly Hills Municipal Code. At the same time, owners of historic buildings also must adhere to stricter standards of preservation.

The property had fallen into disrepair toward the end of Evans’ life, Somers told the Courier.

“Five years with no upkeep on a house with that much garden, and it can fall apart quickly,” he said. “Everything is very overgrown, and you find statues lying on their side. It’s almost like an archeological dig through the property. We found statues and pieces of the original pool house building that burned down in the early 2000s.”

Zaslav plans to honor the historical character of the property and has kept on the longtime house manager, housekeeper and butler. Plans call for major renovations and additions that would not compromise the original vision of its architect, John Elgin Woolf. Those plans include a new guest wing and a tennis cabana, expanded garage, rebuilt pool house and relocated tennis court. Many of these facilities as they exist in the plans violate City code, and therefore depend on receiving a HIP or other permit. The new guest wing, for instance, would stand two feet above code at 16 feet, necessitating the granting of a Minor Accommodation Permit. The plans also call for reconstructing portions of the wall at the front of the property. The height of the wall exceeds the allowable standard, but the reconstruction would be permissible under HIP.

Somers makes clear that he and the Zaslavs will approach this work with the care and attention to detail of archeologists. He gives the example of the pool house, which burned down in 2004 along with Evans’ famed screening room and trophy room. The screening room—constructed specifically for Evans when he moved into the house in 1967—is where dailies were shown for Chinatown, Harold & Maude, Rosemary’s Baby, and other Evans works.

Architect John Elgin Woolf, who the City has designated a Beverly Hills Master Architect, occupies a special place in Los Angeles architectural history. His 1980 New York Times obituary credits him with establishing “a new vocabulary for glamorous movie-star living” by mixing elements of 19th-century French, Greek Revival and Modernist styles “into a heady mixture that has since been christened Hollywood Regency.” Woolf and his partner designed houses for some of the best-known icons of the time. Carry Grant, Ira and Leonore Gershwin, and Agnes Moorehead all lived in Woolf homes in Beverly Hills.

The Woodland property was Woolf’s first in the Los Angeles Area. The home played a key role in defining and promoting the Hollywood Regency idiom—at once understated and glamorous.

By today’s standards, the existing development on the 1.4-acre property is modest, totaling 3,800-square-feet (though that number would rise with the renovations). But its value comes from more than square footage. Evans told Vanity Fair in 2009 that he made more deals at Woodland than at Paramount, greenlighting The Godfather and Chinatown there. Laurence Olivier even lived at the property for six months during the filming of Marathon Man.

Architect Timothy Bryant, former-White House interior designer Michael Smith and landscape architect and horticulturist Wayne David Hand will work on the renovations. The design plans include extensive details for the garden such as unique flower varietals created for and named after celebrities and nobility.

According to Somers, the project has whizzed through the Planning Commission in near record time, which he credits to City staff. “The City has been very supportive of a project that they feel is a benefit to the City’s future,” he said. Somers says that the next step is for the City Council to take up the question itself. While the item has not been agendized yet, he hopes it comes before the Council early in the new year. “I think we would all hope so,” he said. 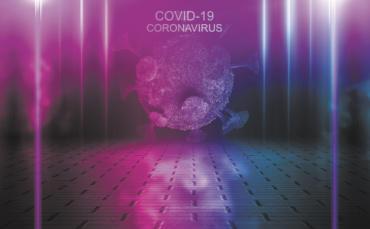 “These are desperate times, we've heard pleas from people, I think we can easily add another $550,000 to it,” said Mirisch, who was supported by Councilmember Lili Bosse.