With the Beverly Hills City Planning Commission looking ahead at one of its busiest dockets in years, 2021 promises to leave an indelible mark on the City. Perhaps the most consequential matter facing the City is the certification of its Housing Element, a state-mandated document that identifies and plans for housing needs. Over the course of the next year, the Planning Commission will see the City’s Housing Element through its drafting, public hearings, City approval, and final submittal for certification. This final step will take place in October.

This figure is determined by the State Department of Housing and Community Development (HCD), which examines population data, economic and demographic trends, overcrowding, and overpayment of rents and mortgages. The number that HCD calculates gets passed to a local regional planning agency—the Southern California Association of Governments (SCAG), in the case of Beverly Hills—that looks at more local data and distributes the total among its jurisdictions.

In this latest round of the Housing Elements cycle, as cities across California grappled with soaring rents and a homelessness crisis, HCD announced an ambitious goal of about 3.5 million new units. Southern California’s share of the load came out to 1.3 million units. The number that trickled down to Beverly Hills is 3,096 units.

The City Council has bristled at the RHNA allocation, viewing it as unrealistic for a city with high property value and no vacant land. But as City staff and consultants have made clear, HCD has wide discretion to decide the RHNA numbers and local jurisdictions have little recourse to challenge them.

As Gohlich said, “RHNA really is a planning and zoning tool, it’s not a production requirement.” Put another way, the state is not mandating that Beverly Hills construct 3,000 units of housing. “Under RHNA, you just have to make sure that you are properly planning and zoning for the units required under RHNA. You don’t actually have to build those units.”

One reason for the City’s anxiety surrounding the RHNA numbers is the limited options it has for adding housing. “There’s basically three primary ways of increasing housing stock,” Gohlich explained. “It’s the mixed use, it’s up-zoning to create more housing opportunities than you have today, and then it’s also the Accessory Dwelling Unit. Beyond that, there’s not a whole lot of tools in the toolbox to try to tackle it.”

The City Council has also begun to explore the idea of becoming a developer of affordable housing itself using City-owned property—a prospect the Council discussed at the Dec. 8 Study Session. “That would be one way of trying to put a potentially significant dent in the RHNA number, and something where we have pretty full control over it and we’re not reliant on outside forces that affect private development,” Gohlich said.

The mixed-use ordinance was one of 2020’s marquee items. The ordinance, which the City Council passed on Nov. 10, allows for mixed use development in certain commercial areas of the City. Developments within the new overlay zone can include both residential and commercial uses. The ordinance elicited strong feelings in the community, with some residents worrying that it would fundamentally alter the character of the community. But without passing the ordinance, the City would have little chance at reaching its RHNA numbers.

With the ordinance passed, Gohlich doesn’t expect to see a rush of developers eager to convert commercial space into mixed use in 2021. “We’re starting to get inquiries about what people might be able to do with properties, but I think we’re probably at least a handful of months off from seeing any actual applications just because of the time involved in getting the whole package put together,” he said.

But the slow rollout will not impact the number of units the City gets credited for as a result of the ordinance, Gohlich says. “Because of that timing, I don’t think that HCD will really look at that. What they’re going to be looking at is, what’s the existing use of the property, is it underdeveloped, is it ripe for redevelopment, and then how many units could we expect to see there.”

In addition to mixed use, the City will consider incentivizing the construction of Accessory Dwelling Units (ADUs) on both single-family and multi-family zoned properties. “The concept has been around for decades and it’s allowed people to build an extra unit on their single-family property,” Gohlich said, though now they are permitted on multi-family zoned properties as well. “That is an area where we’ve got thousands and thousands of single-family properties in Beverly Hills and all of those are potential properties where ADUs can be constructed to help get us some additional RHNA credit.”

Gohlich says that in the coming year, the Planning Commission may bring forward an ordinance dealing with ADUs. “Something that we can look at through that ordinance process is potentially trying to make it even easier for ADUs to be constructed and that might get us some extra credit with respect to RHNA,” he said. This could involve relaxing development standards or even engaging an architectural firm to draw up pre-approved plans for ADUs. “We could, in theory, have pre-prepared and pre-reviewed plans that people can just use and say, this is the ADU that I want to build on my property, and that could be a significant time and cost savings to people that want to build an ADU.”

Much depends on how much credit HCD gives the City for mixed use, which the City will not know until negotiations begin with HCD later in the year. “As we do our available sites inventory, looking at all of the properties in the City and what the built environment looks like and where we’ve got room for additional housing units, that’s really going to inform whether and to what degree we need to rezone elsewhere,” Gohlich said. “I’m hopeful that we will get a significant amount of credit for mixed use, and then also credit for Accessory Dwelling Units.”

Gohlich is optimistic that the process will not require seismic changes to the City, saying, “My hope is that [mixed use and ADUs] will put us in a good position where we don’t need to necessarily do any drastic changes elsewhere in the City.”

The process for preparing the new Housing Element officially began back in March 2020, when the City enlisted a consultant to begin work with the Planning Commission in reviewing the previous 2014 Housing Element. From September 2020 until March 2021, the City will perform outreach to the community to elicit input. Gohlich estimates that the Planning Commission will have a Draft Housing Element prepared between April and June, with public hearings following in July and August. By September, the City Council will either approve or reject the draft.

“The hope is that we finalize the Housing Element and are able to get it certified by HCD around October,” Gohlich said. 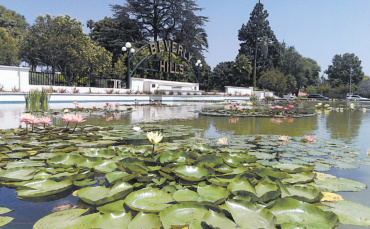 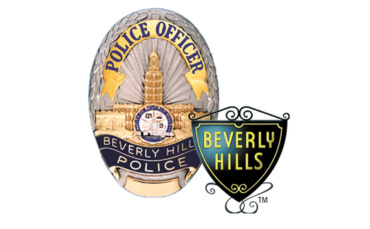 The BHPD can view what local residents have posted publicly to Neighbors and can now chime in with relevant updates or safety alerts.