With No End In Sight, Restaurants Flout COVID Restrictions

As COVID-19 restrictions have hardened over recent months, a growing number of restaurants have begun to push back in frustration, defying Los Angeles County, and state orders. Across the county, with both indoor and outdoor dining prohibited, some have made vocal displays of opposition, while others have attempted more covert operations. The conflict has spotlighted the tension between businesses and public health objectives at a time when federal aid has taken months to clear through Congress. With California’s Regional Stay At Home Orders extended on Dec. 28, restaurants see no end in sight to the prohibitions, leaving some to ask: what now?

While restaurants have faced restrictions since the first days of the pandemic, for months, officials allowed them to offer outside dining. But amidst the most recent third wave of the pandemic, which has filled ICUs to capacity and forced hospitals to ration care, state and county officials reacted with more stringent guidelines. On Nov. 25, after logging a five-day average of more than 4,000 new cases a day, the Los Angeles County Department of Public Health (Public Health) instituted new rules that banned outdoor dining.

“The persistent high number of cases requires additional safety measures that limit mixing in settings where people are not wearing masks,” said Public Health Director Barbara Ferrer. “We hope individuals continue to support restaurants, breweries and wineries by ordering for take-out or delivery.”

The rules quickly came under fire by critics for lacking a specific scientific backing. Multiple cities, including Beverly Hills, bristled against the restrictions and floated the idea of starting their own health departments. The California Restaurant Association soon challenged the ban in court. But even when a judge ruled in favor of ending the ban, finding that the county had acted “arbitrarily” and without sufficient justification, the victory was short lived. On Dec. 5, after ICU capacity in Southern California fell below 15 percent, a new Regional Stay At Home Order went into effect that also prohibited outdoor dining.

On Dec. 29, the California Department of Public Health released the latest set of numbers for ICU capacity across the state, which showed Southern California at zero percent capacity. Dr. Mark Ghaly, secretary of California Health and Human Services Agency, announced an extension to the restrictions at a press briefing on Dec. 29. He did not provide a timetable about when the state would ease the restrictions.

“Regions must remain under the order for at least three weeks and shall continue in that order until the ICU projections are above or equal to 15 percent,” Ghaly said.

While the majority of dining establishments appear to be complying with the state guidelines, restaurants across the county have started to go their own way, including in places like Venice, Malibu, and Huntington Beach. In Beverly Hills, local Italian eatery La Scala was caught planning a tentative New Years Eve dinner. Customers who ordered delivery found a note included in their order advertising a “Speak Easy” event.

Images of the note soon found their way on social media and in the inbox of city officials.

“The City has made direct contact with representatives of La Scala (on Dec 24) to confirm the conditions of the County’s Health Order,” Beverly Hills Spokesperson Keith Sterling said in a statement. “We understand this is an incredibly difficult time for all of our businesses, however the County Order does currently prohibit indoor and outdoor dining, including in the City of Beverly Hills.”

La Scala released a statement on Dec. 28 that the invitation meant to read “outside,” not “inside.”

“Unfortunately, the person that wrote it tried to add some levity and said inside instead of outside,” the statement said. Under the Regional Stay At Home Orders, outside dining is also prohibited. “We do want to offer our sincerest apologies and our hearts go out to everyone that has lost a loved one to COVID-19, whether it is from the actual disease, suicide, alcohol, domestic violence, drug overdoses or cancer deaths due to lack of treatment.”

The statement also took aim at Sterling, saying, “For the Public Information Officer of the City of Beverly Hills to release statements without talking to Management is shameful.”

In response, Sterling pointed out that he was doing his job.

“The City received multiple inquiries last week regarding this issue,” he told the Courier. “We have a responsibility to respond with what actions were taken.”

Condemnation of the plan has rippled across social media and among former diners at La Scala. In a letter to the Courier, Leif Wellington Haase, who has patronized La Scala and works in the healthcare field, felt personally offended by the New Year’s Eve plans. “As someone who has lost five friends to Covid-19, all of them in agonizing and lonely fashion, your apparent decision to flout public health rules and to plan an indoor meal amidst the worst phase of a pandemic appalls me,” he wrote, addressing the restaurant directly.

But according to restaurateur Giacomino Drago, chef and owner of Beverly Hills restaurants Il Pastaio, Via Alloro, Piccolo Paradiso, and Il Buco, the cycle of outrage over La Scala and others distracts from the real issue.

“We’ve been in the middle of the ocean for quite a while now,” he told the Courier, describing the extended restrictions as the latest wave in a series of waves. Even in the best circumstances, he said that it is difficult to run a profitable restaurant. During the pandemic, with traffic decimated, his restaurants still pay rent and other expenses. By his own estimates, without additional aid, he warns that a large number of restaurants will begin closing. “A restaurant, it’s not only a business. It’s also a community asset.”

“We understand the problem and the difficulty with ICUs,” he said. “There isn’t an ICU for restaurants.” 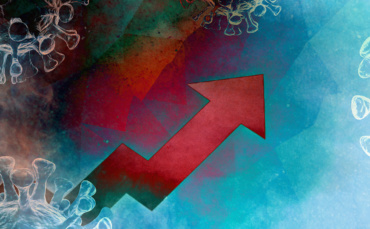 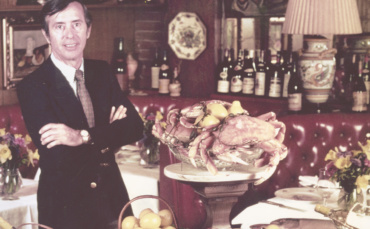 To begin with, we’d like to thank the many people who have been supportive of us for almost 65 years. You have believed in us and have continuously supported us through COVID-19 and now through this. Your messages of support have been received and appreciated more than you know.