“I can’t remember the last time that we saw that in the county, so that is very encouraging,” Janmohammed said.

Within the span of a few days, both the United States and Los Angeles passed devastating milestones in the COVID-19 pandemic, tallying more than 500,000 and 20,000 deaths, respectively. But on Feb. 22, the Beverly Hills Health and Safety Commission highlighted great cause for hope in Beverly Hills, with over a fourth of the city having received at least one dose of the COVID-19 vaccine. The Commission also recognized the work of the Monoclonal Antibody Task Force at Cedars-Sinai for administering the potentially life-saving treatment during the winter’s surge. Finally, the Commission heard updates on the status of private armed security in the city and enforcement of the city’s ban on the sale of tobacco products.

“We passed the grim milestone today: 500,000 coronavirus deaths in the nation. No other country is even really close to this. It’s tragic, it’s devastating and I think it’s so important to remember those who have lost [someone] or who may have been impacted in some way,” said Emergency Management Manager Meena Janmohammed. “In the face of this tragic number, we do see overall cases declining, and we do see positive updates as it relates to one of the largest vaccination efforts in history.”

Nationwide, COVID-19 infections have dropped to levels not seen since October. In California, approximately 7,000 people are testing positive each day—a precipitous decline from the 45,000 daily positive tests at the state’s peak in the winter. During that peak, Los Angeles was experiencing around 7,000 daily cases. Now, that number has fallen to less than 1,000 new cases.

“I can’t remember the last time that we saw that in the county, so that is very encouraging,” Janmohammed said.

Vaccine distribution on both the state and county level has been dogged by delays and supply shortages. The supply issues were exacerbated by the severe inclement weather in the Midwest and South, which resulted in cancellation of many appointments. Janmohammed reminded the Commission and listeners that those who lost appointments should have received calls or emails from the county to reschedule.

Even with the limited supplies, a full 12 percent of Los Angeles County’s 10 million residents have received at least one dose of the vaccine. In Beverly Hills, 8,652 of the city’s 34,520 residents have started the inoculation process.

With COVID-19 death rates tumbling down, the Health and Safety Commission acknowledged the work of doctors and pharmacists at Cedars-Sinai in fighting the pathogen. As a part of the Commission’s Recognition Program, Vice Chair Dr. Kirk Chang chose to honor the Monoclonal Antibody Task Force at Cedars-Sinai for their work in administering the therapy to patients in need.

Monoclonal antibody therapy stepped into the national spotlight when President Donald Trump received the treatment during his hospitalization at Walter Reed Medical Center. The treatment helps those already infected with COVID-19 to prevent more serious symptoms. The task force at Cedars Sinai has treated over 500 patients with the therapy.

Chang listed through the reasons that warranted the recognition: “The concept of placing one’s employees and staff at further risk by caring for additional COVID-19 patients, the concern for public criticism over a resource where demand for therapy could outpace supply and capacity, even the costs of implementing this type of treatment and its impact on the bottom line—this was not a challenge many organizations wish to contend with. And this is where the task force deserves particular recognition. Since November, the task force quickly established a transparent process for equitable prioritization of monoclonal antibody therapy to ensure that patients have access to therapy compliance with the FDA’s mandatory requirements and timely administration of the therapy.”

“It has been a really exciting and rewarding experience to be able to offer this therapy to our patients, especially within a couple of weeks of it being available, and the fact that it occurred right in the middle of the last surge was deeply needed,” said Pharmacy Associate Director Hai Tran.

Tran added that a lack of understanding about the therapy among the general public had contributed to eligible patients refusing treatment. Chair Cathy Baker responded by offering the support of the Commission. “I know I speak for all of us, we would be more than happy to help in any way that we can, whether that’s through a system with communication [or] social outreach to talk about this treatment,” she said.

The Commission heard policing updates from Beverly Hills Police Department (BHPD) Acting Captain Max Subin, who reported that the resumption of the Police Explorer Program since COVID-19. The program gives teenagers the opportunity to assist BHPD officers with non-dangerous tasks. The program now entails some COVID-19 safety precautions. “It was great to have them all back because there was a little bit of some bullying going on…because they were pro law enforcement,” Subin said.

Subin also addressed the continued presence of private armed security companies in the city. The City Council extended the contract with the security contractor Covered 6 until June 30, 2021, and Subin told the Commission to expect a heavier security presence on the weekends. While he said that community feedback on the security had been positive, BHPD had received comments on their demeanor.

“We talked to the leadership about waving back and being a little bit more friendly,” he said. 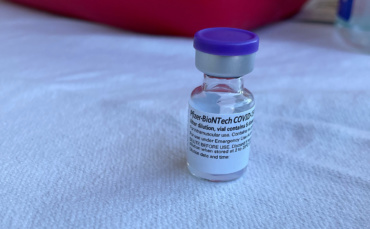 “I'm explaining to people that it makes sense that they would have it at the Forum or Dodger’s Stadium and places like that, where they can get a lot of people lined up and do 3 or 4,000 a day,” he told the Courier.