When the Holocaust Museum LA decided to initiate a program on the intergenerational impact of Holocaust survivors, there was little question of their first choice for speaker.

“We wanted to explore second-generation survivors who are having an impact on our community, and immediately came up with Lili Bosse,” Holocaust Museum LA’s CEO, Beth Kean, told the Courier.

Bosse, said Kean, “Is someone that people look up to in our community. She always credits her mother, a Holocaust survivor, and that resonates with us. Also, we wanted to highlight people who are dedicated to kindness and compassion and that is so Lili.”

The resulting March 23 museum-sponsored webinar is entitled, “How My Mother’s Survival and Optimism Inspired My Leadership: A Conversation with Lili Bosse.”

The breadth of the subject matter is scarcely containable in a title. But then, dreams, determination, fate and destiny are not easy to encapsulate.

Bosse’s mother, Rose Orenstein Toren, was interned at Auschwitz as a teenager. As Allied forces advanced on the camps, the SS began a series of forced inmate evacuations. Toren escaped the Auschwitz “death march” by running out of line and hiding. When she fell asleep, her own mother appeared to her in a dream, warning her to wake up. A short time after the death marches took place in early 1945, Auschwitz was liberated. Toren returned back to her small hometown in Poland to find that she was the sole survivor in her family. Eventually, she emigrated to Israel, where she met her future husband, Jack. They married and moved to New York. The Torens later relocated to Beverly Hills, enticed by promises of excellent schools, top-tier public services and sunshine.

“They moved here because they heard what people still hear now about Beverly Hills. She wanted to provide her only daughter with opportunity,” said Bosse, who grew up here.

The rest is Beverly Hills history.

“When I ran for office the first time, I told everybody that I was an only child of a Holocaust survivor.  Some people said to me, ‘Why are you even saying this?’ Having a mom who was a survivor is really part of the fiber of who I am. She did the Shoah interviews and I found myself watching one of them a lot during 2020. There is a part where she says that she would look in the sky and she would see the clouds. She would say, ‘Beyond the clouds is the sunshine. You never ever give up.’ I grew up hearing ‘never give up.’ She instilled that in me. She told me that the day she passed away [in 2015]. Even her tombstone says, ‘never give up,’” Bosse told to the Courier.

The message of hope passed down to Bosse exemplifies a mission of the museum.

In Bosse’s case, that success is transcendent.

“What’s interesting is that when my mother was growing up in Poland, she was friends with the daughter of the mayor. That family was not Jewish. They were able to give her false papers. She survived initially because her papers said she was a Polish gentile. She went to a Polish workcamp at first. But, when they discovered she was Jewish, she was sent to Auschwitz,” said Bosse.

“It came full circle,” said Bosse, whose works in their own way, now pay tribute to the mayor of that shtetl in Poland.

Bosse said her mother is especially on her mind this time of year. April 10 is Rose Toren’s birthday.

“She was a very dynamic woman. She traveled the world. She went to Egypt and China. She went to places nobody would go to. She had a huge sense of curiosity and love of people,” recalled Bosse.

Most importantly, Toren wanted her story to be told.

“She wanted to make sure that all the next generations knew what happened. My mom wrote two books about her life. She used to speak in different schools to children. Her one request of me was to always keep her story alive. I have found that since she passed away, that’s one thing that has become so important to me,” said Bosse.

It’s also a quest of the museum.

“Survivors are dwindling every day, sadly. It is interesting there are a lot of second generation who want to separate themselves completely. But others in the second and third generation feel a responsibility to be the torch bearers,” noted Kean.

For Bosse, that responsibility is unquestioned.

“Millions of people were murdered. I feel that we have a duty to honor them and to make sure their murder wasn’t in vain and we do something positive with our lives. My mother lived through the worst time in the history of mankind but could still find a sense of optimism. She always believed that there’s something good that’s going to come. Her voice is like my moral compass and gives me the strength.”

She added, “I know that I’m an optimist, but this past year was definitely challenging. I’m lucky enough to have a mom that instilled a sense of optimism and faith in something way bigger than me.”

“How My Mother’s Survival and Optimism Inspired My Leadership: A Conversation with Lili Bosse” takes place March 23 at 11 a.m. To register, log on to: 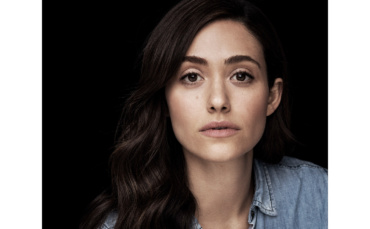 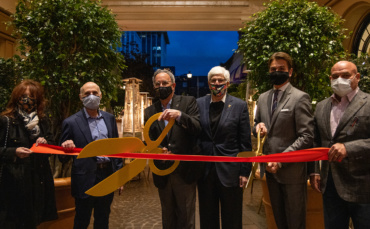 “THEBlvd Privé is part of the City’s OpenBH program that allows businesses to temporarily expand their services to adjacent outdoor areas such as sidewalks and parklets,” he said. 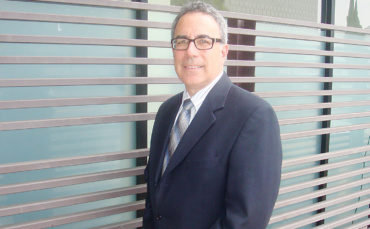 “We haven't produced any of our own city water since 2016,” Alpert said. “And so, these are major projects to get the city back in the water business so that we have water in case of an emergency.”