On March 16, the Beverly Hills City Council passed a Resolution of No Confidence against Los Angeles County District Attorney George Gascón. The previous day, a representative for Gascón reached out to the Courier and arranged for an interview with him.

The hour-long interview took place while the resolution was being considered by the City Council. In the interview, Gascón reacted to the resolution against him and responded to criticisms of his policies and directives that the Council brought up during both the afternoon Study Session and the evening Regular Session. (See the Courier’s March 19 story, “Council Votes No Confidence in D.A.”)

After reaching out to the city for additional comment, Beverly Hills Spokesperson Keith Sterling provided the Courier with this response:

“The members of the City Council have already expressed their views publicly regarding District Attorney Gascòn and his policies.  The discussions can be viewed at the archived City Council meetings of March 16 available at beverlyhills.org.”

BHC: The Beverly Hills City Council has adopted a resolution of no confidence in you. Can you give us your thoughts about that?

Gascón: I think it’s really unfortunate when you consider that under the prior administration of the District Attorney’s office, we had a 25 percent increase in violent crime in the county and the City Council never thought about taking a vote of no confidence on the administration that presided over such a large increase. To somehow try to connect some of the reform policies that I’ve just implemented with any increase in crime in Beverly Hills, or anywhere else for that matter, flies in the face of rational thought. You have to consider what else is driving this and I can’t help but think that this is really driven by the tough on crime and philosophy from the ’80s and ’90s that is still something that people in our community believe in, and obviously at least three members of the Council believe in. But it’s completely divorced from any connection to true safety in the community.

BHC: Can you comment on the policies targeted by the no-confidence vote, such as the elimination of cash bail?

Gascón: Here’s where science and data actually speak to the effectiveness or the ineffectiveness in our criminal justice system. We know that predicating release on how much money you have in your bank account has no connection with dangerousness. The concept that somehow money bail protects the community is a false concept, but it does a lot for inequality and creates a loss of credibility in the system.

BHC: You also issued a Special Directive to end the use of most sentencing enhancements, which the Council also cited.

Gascón: When it comes to sentencing enhancements, it’s a very similar process. There’s a lot of data that shows that multiplying how long someone is going to stay in prison doesn’t do anything for public safety, but in fact we know that lengthier periods of incarceration have a tendency to create more insecurity. About 95 percent of the people that we send to prison or jail are going to come out, and generally they come out in a worse place. So, enhancements, all they do is create more recidivism, which means less safety. Again, this is data driven.

BHC: The Council also took issue with your Special Directive on not prosecuting certain misdemeanors.

BHC: Can you respond to something that our mayor said during the hearing.  Namely, “We cannot allow it to be such that a person can go into a store and shop lift $949 worth and get a citation and have no repercussions because of that, and then they can come back again and do the same thing.”

Gascón: Either this mayor doesn’t know the law and he’s been misinformed, or he knows and he’s being disingenuous. First of all, it’s hard to fathom the individual that will go in and count pennies and dollars to make sure that they reach the threshold between a felony and a misdemeanor, which is what he is talking about. None of my directives are related to what the mayor is referring to [theft]—that’s Proposition 47, a 2014 measure that I co-authored to increase the felony theft threshold to keep pace with inflation. Since Proposition 47 passed, property crime is down, racial disparity is down, and recidivism is down. So, if property crime in Beverly Hills is up, that would suggest that different strategies at the local level may be necessary in order to address the concerns around theft.

But let’s continue in this imaginary world. Let’s say that in this imaginary world, you have the thief that walks in with his calculator, starts taking things and adding them up. And he says okay, now I’m at $949, I’m going to walk out. If they get caught, they can be prosecuted for a misdemeanor, they can actually go to jail for up to six months. So, I have to say that the mayor is either terribly uninformed and I would worry if I were a voter in Beverly Hills, or he’s lying, and I would worry about that as well.

Also, particularly in a pandemic, you’re not seeing a lot of those types of cases result in custody time, because there’s concerns of a pandemic behind bars.

BHC: Some on the City Council opined that you have exceeded your authority as D.A. by, among other things, declining to use sentencing enhancements.

Gascón: Prosecutors make decisions not to prosecute or to prosecute every day. Prosecutors in the state, including my predecessor, often did not pursue three strikes in cases in the interest of justice. The job of the prosecutor is precisely the job of using the huge level of discretion that they’re given. And that’s why we have mass incarceration, because prosecutors have overused that, not the contrary, actually. Prosecutors in this country everyday make decisions to go forward or not to go forward, what level to prosecute, what things to agree to. This is part and parcel of work that we do every day.

BHC: There has been a lot of talk about crime going up in Beverly Hills and elsewhere.

Gascón: There are some crimes that are up, not only in California, but in other parts of the country, and some crimes that are down. … Crime doesn’t occur in a vacuum; it occurs in the context of whatever is happening around the ecosystem and the pandemic certainly had some impact. There will be criminologists looking at this for years trying to figure out what went down and why and what went up and why. If you look very generally, there are some things that are up nationwide, including California, and there are some things that are down. But nationwide, crime generally is at a historic low, and it continues to be at a historic low.

BHC: Can you describe the conversation you had with Beverly Hills Interim Police Chief Rivetti? Members of the council have characterized them as “unproductive.”

Gascón: I find it very interesting that the chief of police would characterize the call as not productive because there were many people in the room, including members of my staff, that thought it was very productive. Here are a few things that were raised during the conversation. The chief complained that property crime was up and that they were being singled out by people from other parts of the community, not necessarily people from Beverly Hills. You can read whatever you want to read into that. He complained that violent crime was up and, again, that it was coming from other parts of the county. He claimed that they have very good data and very good investigative tools to identify pattern crimes. I said, ‘Why don’t we work together? Let’s identify the pattern crimes on violence, so that we can pay particular attention [to those cases].’ And I asked him, ‘Could you put the data together?’ He said that they would. We haven’t heard back. Concerning property crime, I mentioned to him how the county and the office of Alternatives to Incarceration are helping us to identify resources. I said that we have some resources in the county, and again, if you can identify patterns, we can work together, and they agreed to do so. Not only did they never [do that], but then within two or three days I get bombarded with over 100 emails from Beverly Hills, clearly cut and paste emails, saying the same things. Some of them were people giving their true email addresses, some of them, frankly, were people with spoof email addresses. We responded to all of them. But the characterization from the Chief is a little—certainly I believe it to be disingenuous and we’re still waiting for him and his staff to provide us with those patterns, involving people that committed crimes of violence.

BHC: How are you viewing the recall effort and the general backlash to your policies?

Gascón: We are at a period of time in our history where our communities are extremely divided. There’s a lot of class warfare that is going on. And some people are really attached to the way that we incarcerated people in the past. This election was very heavily contested, but I won by a large margin. This was not a squeaker. Over two million people voted for me. More than a quarter of million people voted for me over my predecessor, and immediately after I got elected, there were people that were unhappy and trying to question the election and the results. There was a movement to recall me within a week after I got elected. I take it very seriously, but it’s unfortunate. It’s an indicator of the disconnect that some people in our community have with reality and with a system that hasn’t worked very well for most of our community and has created greater insecurity, that has created more crime, that has caused the destruction of many communities, but some people still feel very attached to that system. 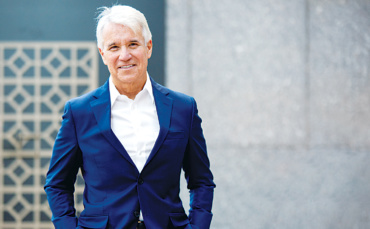