The Beverly Hills City Council unanimously adopted the Complete Streets Plan at its April 20 Regular Meeting. The move came after years of meetings, plan development, and community outreach. The final Complete Streets Plan provides a holistic set of guidelines for modernizing transportation in the city. As discussed at the meeting, the plan seeks to transform Beverly Hills from an auto-centric city to “one that embraces all modes of travel, reduces vehicle trips on our streets, and can be truly considered a world class bicycling city.

“The ultimate goal of Complete Streets is to have a connected street system that balances the needs of all people using those streets. There is no one size fits all approach,” said Transportation Planner Jessie Holzer.

The city first tackled the question of improved city mobility in fiscal year 2016/17, acknowledging the need to update its 1977 Bicycle Mobility Plan. The scope of the project soon expanded to include a “complete” view of transportation that took into account pedestrians, bicyclists, automobile drivers, emerging technologies. Additionally, the plan would also prioritize first/last mile improvements to the Metro Purple Line stations and increase grant funding eligibility.

The city unveiled a Draft Complete Streets Plan in April 2019. Over the following two years, the city heard from various stakeholders about the importance of considering environmental sustainability and balancing different modes of transportation.

The plan before the Council on April 20 “improve[s] health by making it easier to choose active modes, improves safety through higher quality infrastructure, and improves quality of life through greener infrastructure,” Holzer said.

The plan serves as a set of guidelines and goals for city policy makers as they make decisions about future projects. It also highlights priority areas for future improvements and establishes a timeline for additional analysis going forward. It does not, however, include any actual design proposals nor does it approve any projects.

Along with the Draft Plan, the Council also looked at a Draft Action Plan, which lays out specific project ideas and steps for the next five years.

For an improved pedestrian experience, the plan stresses improvements outside of the Business Triangle, which already enjoys vital walkways. With the adoption of the plan, going forward, the city will install continental style crosswalks. Traditional crosswalks typically consist of two lines connecting either side of a curb. Continental crosswalks, like those used in the Triangle, consist of large bars parallel with the road. This style crosswalk improves visibility and reduces driver encroachment.

All of this takes place in the context of the upcoming Metro D Line (formerly the Purple Line), which the Complete Streets Plan describes as perhaps “the greatest recent opportunity for improving mobility in the city.” The D Line promises to turn a one-hour commute from Downtown Los Angeles to Beverly Hills into a 20-minute commute. But before Metro finishes construction, the city has work to do in preparing its infrastructure to maximize the line’s potential.

The plan suggests that improving bus transit will help potential riders get to and from the D Line. For this, the plan offers several upgrades to bus stops, such as revamped street furniture, shelter, and lighting. For highly trafficked stops, the plan suggests additional amenities like real-time travel information and bicycle parking.

Many commenters called or wrote in to express support for the program. “In the last year, my 12-year-old and a group of his friends have been in quite a few little accidents with cars in the neighborhood. It would be just so great if our children could safely bike around Beverly Hills and get to baseball practice and get to Sharky’s and get to school,” said one caller.

Another caller, Luke Carlin, voiced nostalgia for the bike-friendly streets of his youth and optimism that Complete Streets could bring them back. “Back in the ‘70s, I rode my bike to school, the library, the park, and that’s pretty much what everyone did. Obesity was rare, accidents were rare, and the situation has certainly changed for the worse,” he said.

Mayor Wunderlich, who supported the plan, said that the plan was about approaching mobility with inclusivity. “It’s not about taking away from any mode. It’s about making other modes possible,” he said. “Currently we have barriers to doing that effectively and safely. The plan is about removing those barriers, to open up possibilities and provide better support for those people who do want to get around without using their car.”

Councilmember Julian Gold voiced support for the program but had two caveats. He shared particularly hard words for the city’s bike share program, which he described as “beyond broken.” He also felt that the Draft Action Plan was “two years backwards” and needed revising to update it.

Vice Mayor Lili Bosse stressed the importance of a Complete Streets Plan in receiving infrastructure funding. “From my perspective, we’re late to the party here. West Hollywood, Santa Monica, Culver City and Los Angeles all have already some form of a complete streets plan,” she said. “In order for us even to have grant money, we have to have a complete streets plan.” 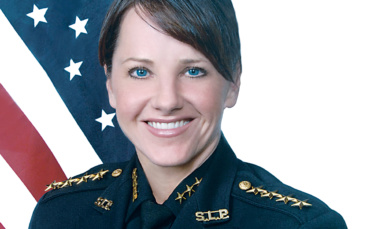 “The city recognized that they had a case with Spagnoli again that they just needed to put to rest,” said attorney Michael Carrillo,