Council Looks Ahead to Future of Tourism in Beverly Hills

The Beverly Hills City Council reviewed a series of expenditures for the city’s tourism and marketing efforts in the next fiscal year at its May 13 Special Study Session. The responsibility for promoting the city’s commercial assets falls largely to the triad of the Rodeo Drive Committee, the Conference and Visitors Bureau (CVB) and the Chamber of Commerce. The Council readily signaled approval for funding the entities in the hopes of encouraging a robust recovery of the city’s tourism and business sectors. In a later Special Meeting on May 13, the Council approved the funds for the Chamber of Commerce; the Council will vote to approve the other items in June.

At the lowest point of the pandemic, the city’s stock of luxury hotels faced an unprecedented crisis of vacancy. The consequences of the empty rooms rippled out to the city’s coffers, which draw large sums of money from the additional levy paid by hotels for hotel guests (the Transient Occupancy Tax, or TOT). With COVID-19 transmission rates plummeting, vaccination rates rising, and restrictions lifting, the city’s Finance Department projects around $35 million in TOT revenue next year—up considerably from the less than $15 million netted last year, but still significantly down from 2019’s haul of $50 million. From this, the city is allocating about $5 million for its tourism and marketing budget (an amount that also pays off the roughly $750,000 deficit incurred last year).

The Council approved a little less than $160,000 for the Rodeo Drive Committee, which encompasses about 70 retailers, hotels and property owners on the iconic street. The funding goes towards managing and promoting Rodeo’s online presence to better boost in-person interest and spending.

According to Rodeo Drive Committee President Elect Kathy Davoudi-Gohari, the Committee saw some of its largest online engagement last year.

Going forward, the Committee’s social media strategy places the most focus on Instagram, with Pinterest, Facebook, TikTok, and the new audio-based platform Clubhouse following behind in descending order.

Even while voicing support for the funding, Councilmember Julian Gold probed into ways to determine the return on the city’s investment. “Every click translates into how much money?” he asked.

Mayor Robert Wunderlich, who has a background as a financial consultant and founded a financial consulting firm, acknowledged the difficulty of measuring the return on investment for advertising. But even with the opacity, “You have to have outreach,” he said. “If you don’t do anything, you’re going to go stagnant.”

He noted that this applied to the other items on the agenda.

By far the largest slice of the $5 million tourism and marketing pie went to the CVB, which received $3.4 million (an amount in line with historical trends). The city contracts with the CVB to serve as its marketing arm, promoting the city’s luxury lodging and amenities to consumers near and abroad. It does this through advertising online and in traditional media, and through outreach to travel agencies.

(Courier publisher John Bendheim sits on the board of the CVB.)

Last year, the CVB faced the unenviable task of hawking a product that many could not—or would not—buy. As the virus spread across the globe, the United States implemented restrictions on foreign travel and California put in place its own measures to curb travel from other states and unnecessary travel within the state.

Against this backdrop, the CVB performed a sort of triage by prioritizing engagement, said Chief Executive Officer Julie Wagner.

“We just tried to take advantage of the opportunities that we thought would be the most effective to drive leads to the hotel websites and also to drive bookings, if we could, and to engage our customers with interesting content,” she said.

The severe contraction in the local hospitality industry and corresponding loss of city revenue impacted the CVB, which had to lay off five of its 10 employees as a cost cutting measure.

Wagner told the Courier in a follow-up question that the positions will remain vacant for the upcoming year.

“As things change, as things open up, if things come up that you want to bring forward to us—out of the box ideas, new things to consider—please come to us to be your partner if you need more from us,” said Vice Mayor Lili Bosse.

The jump comes from about $110,000 in one-time costs associated with branding efforts and marketing campaigns.

“Our job for this year will be really to support the businesses in the recovery efforts and I think things are looking up right now,” said Chamber of Commerce President and CEO Todd Johnson.

The Chamber represents hundreds of local businesses, serving as a liaison and advocate for the business community. Over the last year of pestilence and unrest, the Chamber served as a hub of information for local businesses, providing the latest COVID-19 public safety measures and the city’s response to protests. Johnson highlighted the well-attended webinars and information meetings held by the Chamber for the business community.

The Chamber also works to improve the city’s commercial ecosystem, either by trying to retain businesses in the city or draw new businesses in.

A company that the Chamber connected with on a Business Attraction Trip to New York City in 2019, Onitsuka Tiger, has now set up shop on South Santa Monica Boulevard. This role takes on an added urgency with a number of conspicuously empty storefronts in the Triangle and elsewhere in the city.

The Chamber presented a work plan that included similar programs and initiatives, including Business Attraction and Retention Missions to New York and San Francisco. The Chamber will continue communicating with local businesses regarding ongoing COVID-19 recovery efforts and available resources.

The Chamber will also take a proactive role in canvassing different commercial areas and speaking with local businesses to assess their needs and the needs of the area.

“I think the chamber is really ground zero for our businesses and their return to health and I think we have to do everything we can to support that moving forward,” said Councilmember Julian Gold. 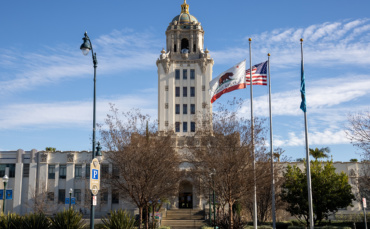 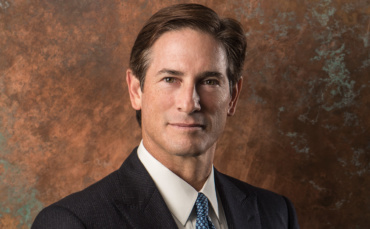 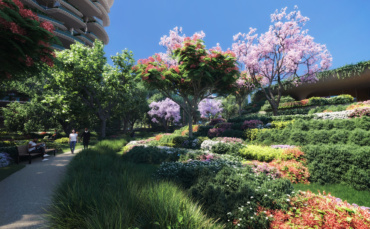