Suspects in May 18 Anti- semitic Attack Released On Bail

Police made their first arrest in the evening of May 21 “at a residence outside the City of Los Angeles,” according to a statement, taking Pabon into custody with help from Los Angeles and Inland Empire teams from the United States Marshal Service taskforce.

The Los Angeles Police Department (LAPD) has made two arrests in connection with an apparently antisemitic attack against diners on May 18. Whittier resident Xavier Pabon, 30, and Banning resident Samer Jayylusi, 35, were booked for assault with a deadly weapon with plans to seek additional charges for hate crimes in the coming days. Both suspects have been released on bail with future court dates in September.

“Thank you to LAPD Chief Michel Moore, our LAPD team, and all engaged law enforcement agencies who continue to work around the clock on this case,” Los Angeles City Councilmember Paul Koretz, in whose district the attack took place, said on Facebook.

“This first step will bring a certain level of relief to those who were victimized. “We have more to do and more justice to seek, however we can find some comfort in learning that the first suspect has been taken into custody.”

A group of apparently pro-Palestinian demonstrators attacked Jewish diners outside a Mid-City restaurant on May 18. The LAPD told the Courier that the incident involved five victims and three suspects, with one victim receiving medical attention at the scene. The incident was captured on video and came during a period of heightened tension over the conflict between Israel and Hamas in the Gaza Strip.

Police made their first arrest in the evening of May 21 “at a residence outside the City of Los Angeles,” according to a statement, taking Pabon into custody with help from Los Angeles and Inland Empire teams from the United States Marshal Service taskforce.

The effort was aided by “many tips” that came into the department after footage from the violent attack went viral. The LAPD said that the tips “assisted with the ultimate identification of the suspect.”

Days later, LAPD investigators from the Wilshire Division descended on Jayylusi in the City of Anaheim. They describe him as “one of the primary suspects in the assault and beating.”

The incident prompted outrage from across Los Angeles amid reports of a spike in antisemitic hate crimes. “As one of the only Jewish-majority cities outside of Israel, we feel particularly concerned with the rise of antisemitism and call for an end to the assaults and rhetoric,” the Beverly Hills City Council said in a statement. 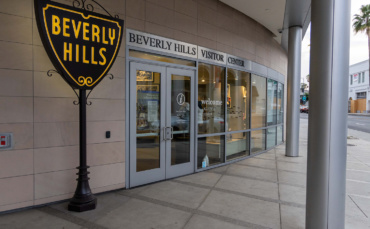 Council Looks Ahead to Future of Tourism in Beverly Hills