At its June 17 meeting, the Next Beverly Hills Committee (NBH) discussed next steps for a “first Friday-type” program as part of an effort to revitalize the city post COVID-19 this summer. The program originally hoped to incentivize people to go out on the first Friday of every month by offering discounts from participating restaurants and retailers. The initiative also aims to form a partnership between NBH, the Beverly Hills Chamber of Commerce, the city, and businesses throughout Beverly Hills.

After discussion, the Committee decided to change the target day to Thursday.

“Mayor Wunderlich actually proposed the first Thursday, which is an excellent idea,” NBH Chair, Noelle Freeman, told the Courier. “I think it serves a better purpose because Friday is typically already a packed day of the week for businesses and restaurants. We’re putting together a plan to start soon, but down the line includes some sort of bigger event or potential street closure to really bring that ambiance that we’re looking for.”

Having already garnered support from Council liaisons Mayor Robert Wunderlich and Councilman Julian Gold, and Chamber President Todd Johnson, the committee will assemble a group to focus on community outreach. “We’ll have a street team go out and walk the entire city to talk to business owners and hopefully get them to participate,” Freeman told the Courier. “We don’t want it to be just the Golden Triangle, we want to make sure that every business in the city is benefiting from something like this.”

In practice, the first Thursday program is imagined as an elevated bar crawl. Instead of going out to one location, the goal is to “really get people out and about,” Vice Chair, Tiffany Davis said. “And then popping in to have dinner or grabbing a drink from someplace and then going on to the next place.”

“I’m at UCLA for grad school right now and I know first Friday in Venice is very popular with students,” Sharon Ghalichi said. “I know Thursday would be even more popular because first off, Beverly Hills is much closer, and everybody’s always looking for something to do Thursday night after classes.

The committee also discussed potentially bringing food and beverage vendors to the Beverly Canon Gardens or to a closed street in the business triangle to reenergize the city. “We thought maybe one of the lesser trafficked streets would be good to start with, such as Brighton, and maybe close a section of that,” Davis said. “Then bring in perhaps some food trucks, some elevated games…something to get the community out and about and just enjoying each other’s company again.”

“I really love these ideas and I love the closing of the street,” celebrated clothing designer, Johana Hernandez, said. “My business is on Brighton Way and Camden, and my team and I were talking about bringing in some popular food trucks just because they have a huge following.”

While the program doesn’t need to go before the City Council, the committee must get approval from the city’s Special Events liaisons. To get involved and learn more, visit http://www.beverlyhills.org/citymanager/committees/nextbeverlyhillscommittee/web.jsp.

The following Next Beverly Hills Committee will be held on July 22. 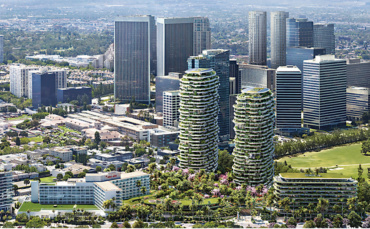 At the turn of the 20th century, the tract that is now the dynamic corner of Wilshire and Santa Monica Boulevards was farmland. In the early 1920s, it housed a nursery that supplied the palm trees and other vegetation that eventually created the City landscape. 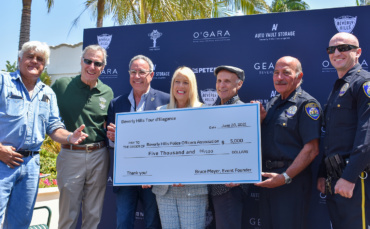 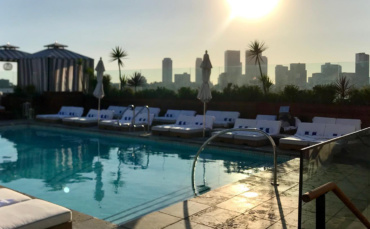