Renee Firestone has been telling the world how she survived Auschwitz and became a prominent fashion designer.

Even though Firestone turned 97 in April, she will be available for questions for decades to come.

On July 31, the Holocaust Museum LA debuted a life-size hologram of Firestone trained to reply to a seemingly infinite number of questions using a week’s worth of pre-recorded answers. The hologram is a permanent installation called “Dimensions in Testimony” created by the USC Shoah Foundation, an LA-based nonprofit founded by Steven Spielberg dedicated to creating and preserving audio-visual Holocaust survivor testimonies. Similar holograms are on display across the country.

“We’re so lucky because now we have Renee forever,” Holocaust Museum CEO Beth Kean told the Courier, noting that Firestone has been a longtime board member and speaker at the museum. “This virtual version of Renee now makes me feel better, knowing that we can continue to learn from her and learn the lessons of the Holocaust.”

Firestone saw her high-tech doppelganger for the first time at the museum’s reopening, where her likeness answered a variety of questions from youth groups, students, and community leaders. According to Kean, studies have shown that holograms help visitors ask the sensitive questions they might be afraid to ask actual survivors.

“When [the Shoah Foundation] were testing out their new holograms, they incubated them here, so we would have students meet a real survivor, hear their story, ask them questions, and then they would walk into a room and see the hologram of the survivor and ask them completely different questions, and we realized that they weren’t afraid to hurt the survivor’s feelings,” she said.

Firestone, who has spoken about her experiences surviving the Holocaust everywhere from Congress to NASA, said it was surreal to see an almost lifelike version of herself recount intimate details from a troubled history.

“I was not prepared for it, and then it’s interesting to watch yourself and hear yourself, and wonder, did you answer the right things,” Firestone – the real, three-dimensional Firestone – told the Courier. “I don’t know if people would understand what happened, even if I explain. It is not understandable.”

But Firestone spent a week in 2015 answering thousands of questions filmed in front of 116 different cameras trying her best to help future generations understand. Algorithm software picks up keywords in questions and matches them to the nearest correct answer. Occasionally the hologram is stumped, and politely replies, “Can you ask me about something else?” Even though the hologram moves on, it logs the question to provide better answers in the future.

Six years after that long week of remembering, the result is a smiling woman, glowing bright white in an otherwise black room. While the woman waits for visitors to formulate a question, she swings her legs and fiddles with her clothing.

On a private tour of the Holocaust Museum, the Courier tapped a red button on a microphone and asked the two-dimensional Firestone where she was born, and her remarkable story began.

The middle child of an owner of a prosperous men’s tailoring and textile business, Firestone, née Weinfeld, lived an idyllic childhood until the outbreak of World War II. In 1941, her older brother was sent to a work camp. In 1944, at age 20, Firestone and her mother, father, and younger sister were rounded up in a cattle car crammed with 120 other Jews and deported to Auschwitz. While her father and brother survived, her mother and sister did not. Firestone’s younger sister Klara, after whom her daughter is named, was murdered at the hands of the infamous Dr. Josef Mengele, known for performing sadistic, deadly medical experiments on prisoners.

“I had many times when I thought that that’s the end,” the holographic Firestone answered when asked if she was ever afraid. “In Auschwitz, for example, almost every selection when there were selections, I knew that I could be one any minute. Fear of that was there all the time. We never felt safe enough thinking that yes, I would survive. Never.”

But survive she did, though she isn’t completely sure how. “My survival I think was pure luck,” the hologram says after a long pause. “I don’t remember doing anything to save myself. I often think about it, but I think my survival was only luck.”

After her liberation in 1945, Firestone settled in Prague. She then got married to another survivor named Bernard Firestone and moved to Allentown, Pennsylvania in 1948, before eventually settling in Los Angeles, where she had an aunt. She always knew she wanted to work in the clothing industry like both of her parents. A sister of a friend promised to get her a job at a blouse factory, but soon after, that friend died, taking with her Firestone’s shot at the factory job. As a young girl who had just arrived in the country, she decided to go it alone, getting some fabric and a sewing machine. Bold as brass, she took her blouses to Saks Fifth Avenue in Beverly Hills, and they loved the blouses so much that they put in a big order. When Firestone told them she couldn’t afford to make the blouses, Saks agreed to advance the funds. The rest is history. Firestone set up shop on Robertson Boulevard, and later collaborated with Rudi Gernreich, another survivor who became a big-name designer.

“My mother was California fashion royalty,” Klara Firestone told the Courier. “She was part of a generation of designers who took Fifth Avenue away from Fifth Avenue.” 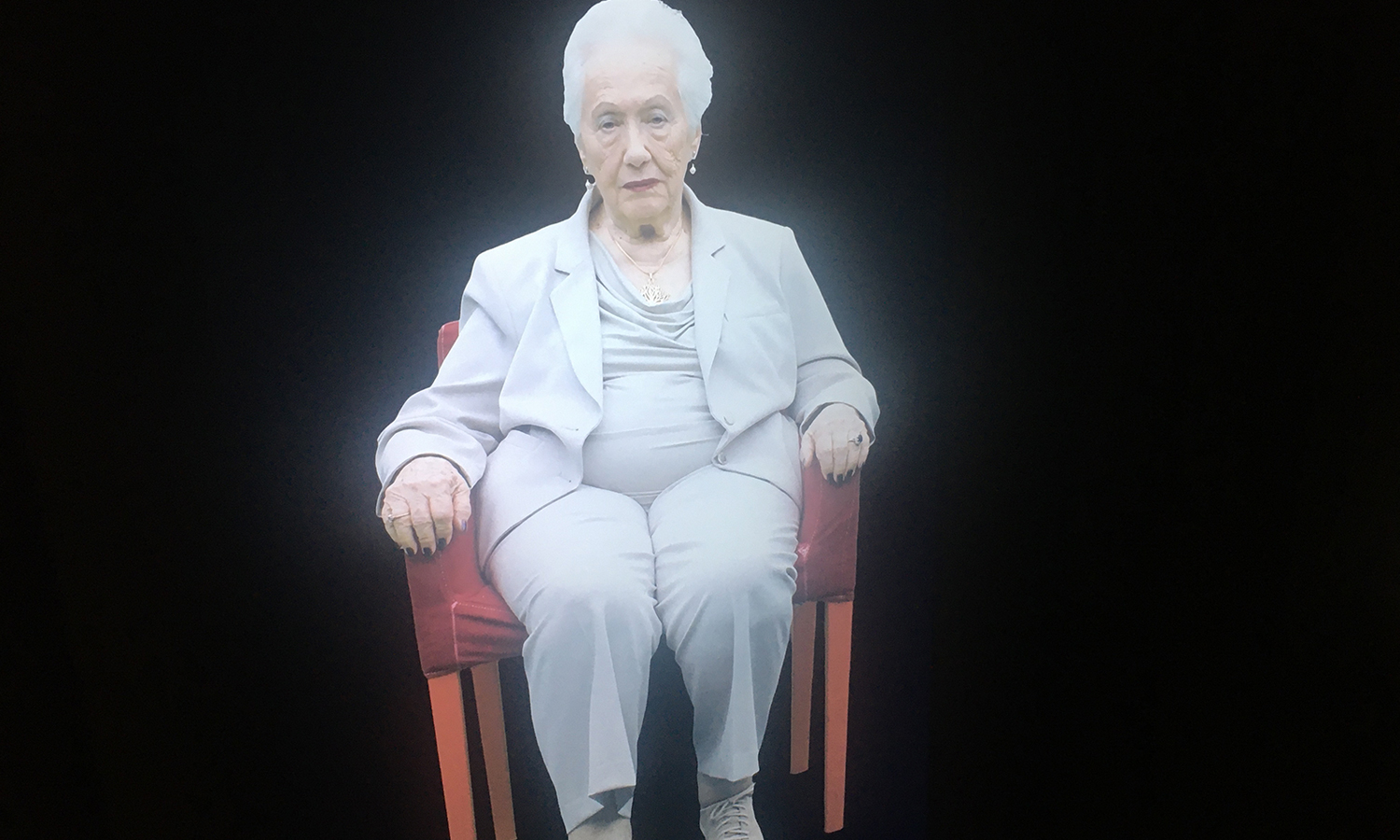 Today, some of Firestone’s clothing is exhibited at the Los Angeles County Museum of Art’s permanent collection.

Firestone has lived in Beverly Hills since the late 70s and has spoken at local schools. She’s become something of a hometown hero. When she turned 97 in April, the Beverly Hills Fire and Police Departments honored her by driving a caravan of police and fire trucks in front of her home.

Like many survivors, Firestone was at first reluctant to share her experiences and relive the trauma. But starting in the 1970s, she started working with the Martyrs Memorial, the precursor to today’s Holocaust Museum, and the Simon Wiesenthal Center, the human rights organization that runs the Museum of Tolerance. In the following decades, she testified in front of the Senate Judiciary Committee and the House Foreign Affairs Committee, the U.S. military, NASA, the United Nations, and countless university and school groups. She was also featured in five documentaries, including Spielberg’s 1998 “The Last Days.”

For many years, Firestone served on the board at the Holocaust Museum, the nation’s first museum dedicated to the Holocaust. The 60-year-old museum – whose largest benefactors are the Goldrich family of Beverly Hills, according to Kean – just reopened to the public by appointment only, but it has provided an array of virtual programming throughout the pandemic, including virtual tours given by Holocaust survivors in their 80s and 90s.

“I like to say that the museum may have been physically closed, but we’ve never been more open,” Kean told the Courier. “The survivors know that with everything happening in the world, and while they’re still alive, they need to continue to tell their stories and educate young people.”

“I think that everybody who experiences, who watches some injustice being done to somebody should speak up,” Firestone’s hologram will remind young people for generations to come. “Don’t stand watching it, listening to it, and do nothing. First of all, speak up, and try to protect if you can.” 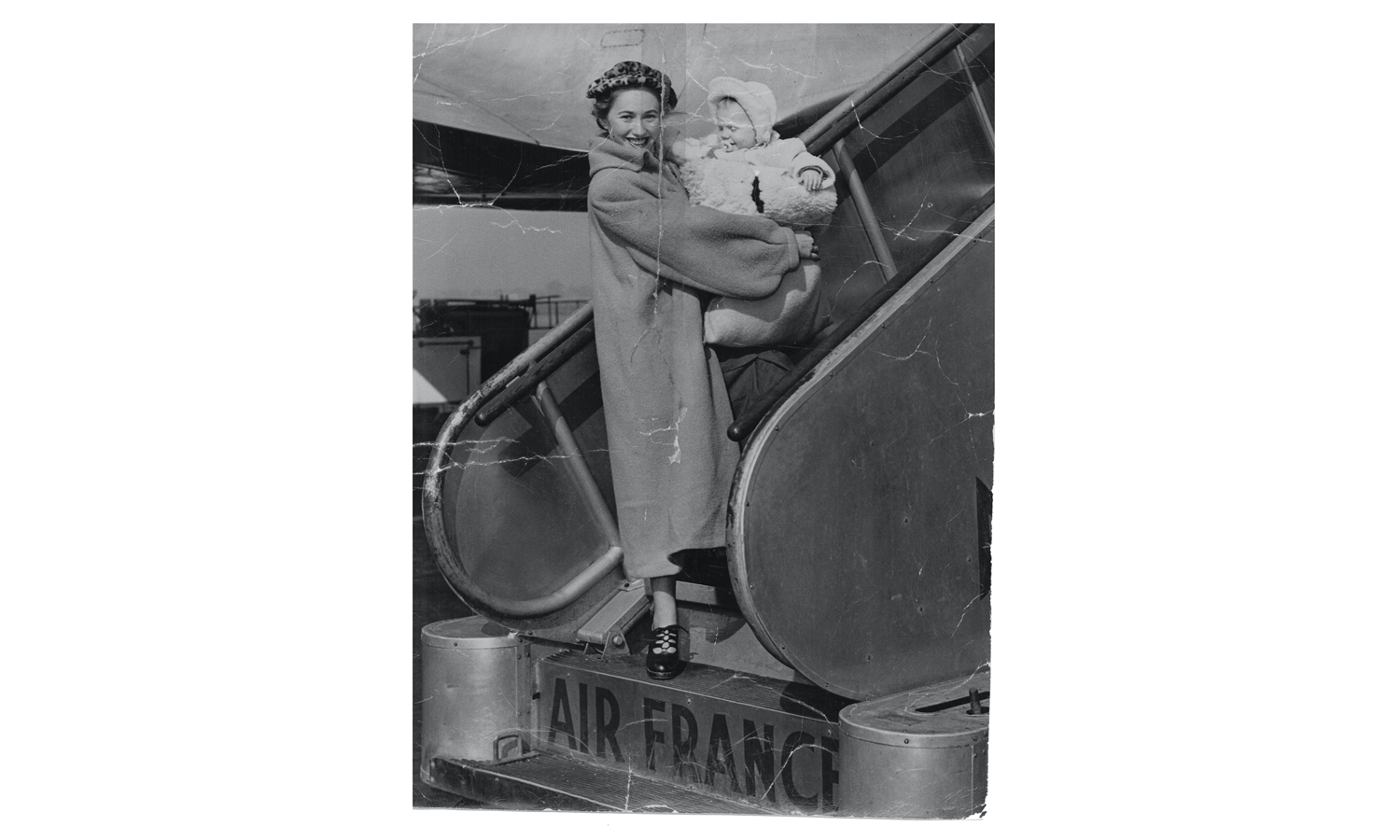 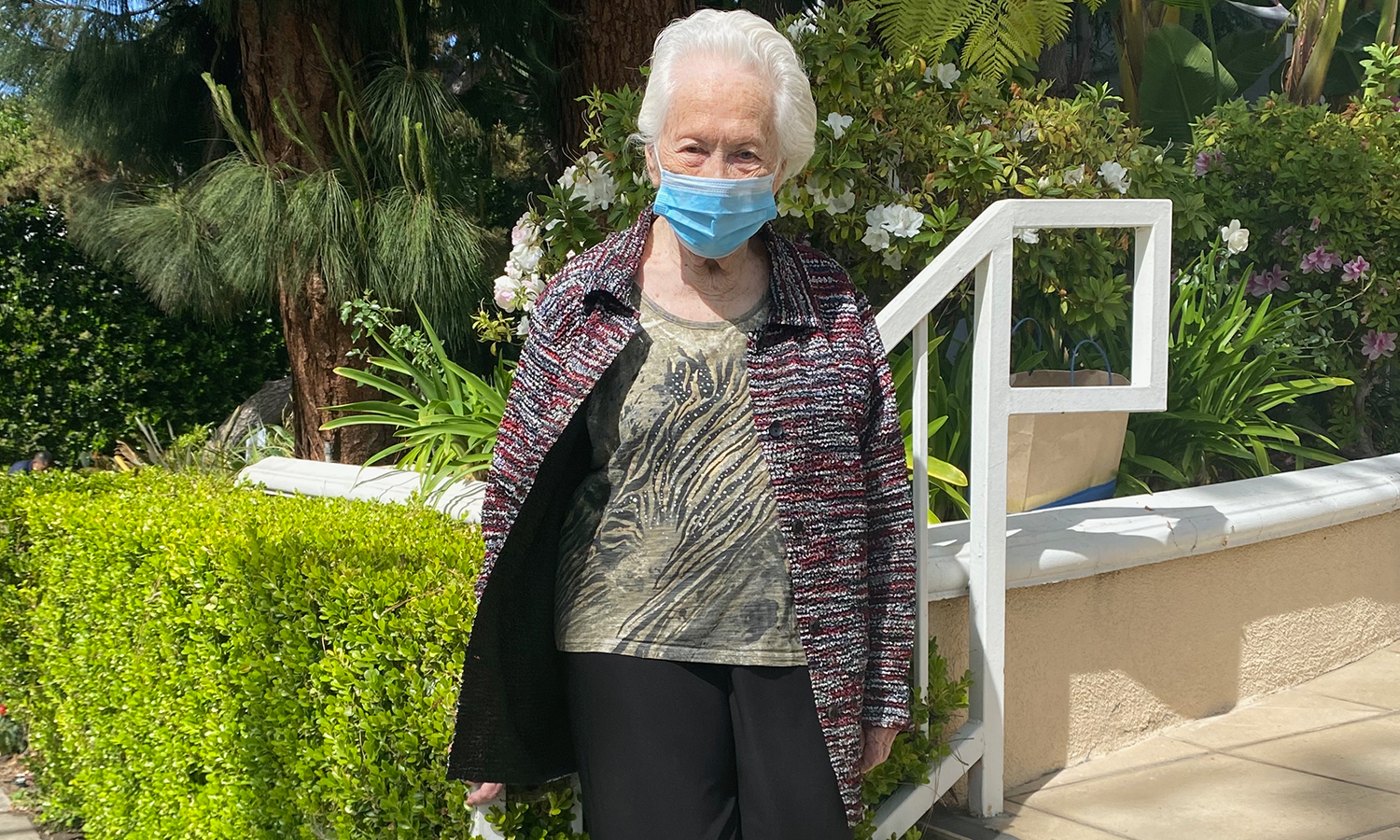 On April 14, the Beverly Hills Fire Department arranged a caravan of fire vehicles to drive by the home of Renee Firestone in honor of her 97th birthday 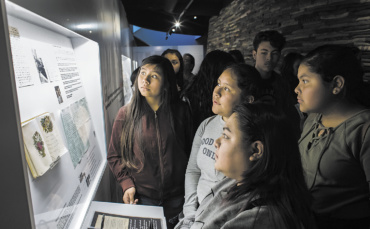 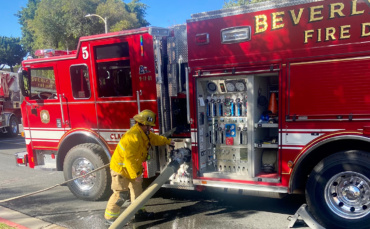