People often ask Amanda Foundation President Teri Austin who “Amanda” is. The answer, in a sense, is every living, sentient creature. “Amanda” is Latin for “worthy of love,” and the Beverly Hills-based animal rescue organization is unique in its dedication to helping all animals, humans included.

“These creatures, who cannot speak for themselves, who will love us unconditionally, no matter who you are, you can be living under an on-ramp under the freeway or you could be living in Beverly Hills, and your dog will love you, and your cat will love you just the same,” Austin told the Courier.

The Amanda Foundation hopes to take its emotional cue from the many animals it rescues and treats. In addition to rescuing, spaying, nursing, and housing hundreds of animals from the city’s shelters and streets, the Foundation provides pop-up free mobile veterinary clinics in low-income neighborhoods; teaches grade school students about animals and how to care for them; and provides a paid work-study vet tech licensing program.

“Most programs are someone my age and my background putting something on a flyer saying ‘Leave water out for your pets,’ and then, sayonara,” said Austin, 64. “We think all these things are related, and you can’t solve one without another.”

The holistic Foundation started small 35 years ago. At the time, the population of stray animals in Los Angeles had ballooned to such levels that some residents in poorer neighborhoods said they had to walk around with baseball bats to protect themselves against aggressive animals. Austin— then an actress with recurring roles on “Knots Landing,” “Beverly Hills 90210,” and somewhat ironically, a fur coat-donning character on “Seinfeld” — and other volunteers from the Amanda Foundation went canvassing around the most affected areas for about a year and a half talking to residents about their animals and their health needs. They determined that the best way to solve the stray animal problem was to bring free spaying, neutering, and health services to the residents.

Austin worked with Los Angeles Councilmember Mark Ridley-Thomas to create an ordinance that would require all dogs and cats over four months to be spayed, neutered, and licensed. The ordinance also provided a free way of doing that: the Spaymobile, one of the Amanda Foundation’s most widely recognized symbols.

The Spaymobile has been out of commission since the start of the COVID-19 pandemic, but for over two decades, it spayed or neutered about 5,000 animals a year. Before the ordinance and the Spaymobileand several spaying/neutering programs like it— Los Angeles city shelters housed over 75,000 animals a year, Austin said. Now, the number is closer to 50,000, despite a larger population with higher rates of pet ownership.

But 50,000 is still a lot, and the Amanda Foundation hosts about 100 rescue dogs and cats in its Foothill Road facility, many of them from Los Angeles city and county shelters. Because it is the only rescue organization in the country that also doubles as a full-service veterinary hospital, the Foundation tries to take in sick or wounded animals who might be put to death in city shelters because no one wants to adopt them. “We concentrate on the ones who don’t have someone speaking for them have someone speaking for them, other than the animal shelters, which have limited resources and hundreds of animals,” Austin said. “Because we have a hospital, we do take a large number of animals who will be with us for a longer period of time because they are older.. When people talk about rescuing, it’s not just puppies and kittens, it’s not the dog that got put in the shelter because it chewed up the couch: it’s the 7-year-old dog who now has diabetes.”

This all takes place in a tiny stucco building on Foothill Road, conveniently located right across the street from the Beverly Hills Community Dog Park. The building has been a veterinary hospital and kennel since it was built in 1924, and the Foundation bought the building once the vet retired. This long-standing presence has allowed the Foundation to forge a strong bond with the Beverly Hills community.

But a Beverly Hills address also gives outsiders the mistaken impression that the Foundation is rich, when funds are actually tight: the money earned from the vet hospital funds the rescue operations.

As the Foundation expands in size and scope, it is quickly outgrowing the little old stucco building. It is currently trying to raise $10 million to build a brand new hospital on the same spot, which will allow more animals to board more spaciously, new equipment, and the establishment of a full-service teaching hospital.

Education is another cornerstone of the Foundation’s mission: it wants to teach humans, often disadvantaged ones, to care for animals. Currently, it is training a few students to become veterinary technicians, a program that will expand once the teaching hospital is established. Before COVID, the Foundation traveled to schools all over the LA area, from Beverly Hills to Watts, to offer programs ranging from one to ten sessions.

The program, known as “Creating Compassion,” provided students hands-on instruction in basic animal biology, behavior, veterinary surgery techniques, and information about animal-related career options. At the end of the 10-hour program, some students even helped out on the Spaymobile.

Of course, students also get to meet animals.

“A lot of the cruelty that I have seen in neighborhoods where there’s a lot of frustration for a lot of reasons, it’s commonly because of a lack of a bond between the animal and the person – it was never taught,” Austin said. “When we can get the kids to handle and touch and feed them in a relaxed setting, the whole idea is to touch their hearts and create some compassion.” 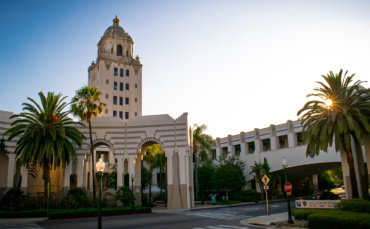 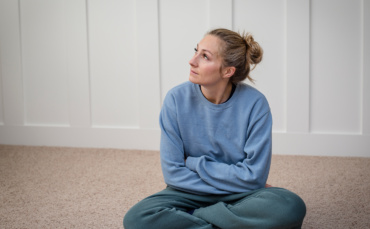 Interacting with family or friends that you haven’t seen in over a year can be tricky. Many relationships were strained or cut off during quarantine. 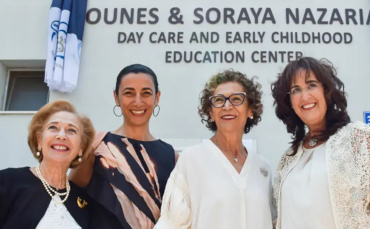 “The Nazarian family’s commitment to the advancement of Israeli society is expressed in three main ways – education, art, and medicine,” said Esther Barak Landes, CEO of the Ima Foundation, the Israeli arm of the Nazarian Foundation.