The report took stock of the impact of its Rent Stabilization Ordinance, which passed in 2017. Morales said the data showed that “the rent stabilization has helped keep rents down for those households who have longer tenure.”

The Rent Stabilization Commission held its first meeting in months on Aug. 4, following the resignation of two of the Commission’s tenant representatives in April. It appears the return to business came none too soon, as the City Council heard updates on the Rent Stabilization Ordinance and the city’s stock of rent stabilized units, which currently sit at an 11% vacancy rate — up from 6.8% the year before.

“I’ve never seen it this high,” said Deputy Director of Rent Stabilization Helen Morales at the Aug. 3 Study Session. The uptick represents more than a 60% rise from last year.

While owners are not required to report why a tenant vacates a rent stabilized unit, Morales said that the timing suggests a possible connection with the pandemic. Morales could not say definitively, but added that rents may have declined as a result of the pandemic, especially given the vacancy rate.

“The rent amounts may have decreased as a result of that in order to get tenants to move into the units,” she said. The latest data of rent stabilized units shows that the most frequently rented units are one bedroom at an average of $2,260.

In response to a question from Vice Mayor Lili Bosse, Morales said that the city could conduct outreach to landlords and tenants to determine the reasons behind a vacancy.

“I think we all do want to understand why we have this vacancy [rate],” Bosse said.

The report took stock of the impact of its Rent Stabilization Ordinance, which passed in 2017. Morales said the data showed that “the rent stabilization has helped keep rents down for those households who have longer tenure.”

Mayor Robert Wunderlich dove into the data himself and surfaced with the conclusion that the ordinance has worked. He compared the rent of rent stabilized units with no change in occupancy to rent stabilized units that returned to the market and had an opportunity to adjust to market rate. For one-bedroom apartments, the difference between the two was $2,269 and $2,279. For two-bedroom units, the difference was $3,135 and $3,144.

“This indicates to me that the ordinance is working, that it’s provided protection against isolated incidents of exorbitant rents, while still not resulting in a large deviation between market rents and the rents under the rent stabilization ordinance,” he said.

Morales also presented the Council with updates on the city’s COVID-19 Rent Subsidy Program, which the City Council approved in September 2020. The program applies to tenants living on multi-family properties that fall under the Rent Stabilization Ordinance, prioritizing seniors and households with children enrolled in Beverly Hills Unified School District (BHUSD). The program offers eligible residents up to $1,000 for three months, with the money going directly to the landlord under the condition that the landlord grants the tenant a year to repay back rent. Landlords also must agree not to evict tenants for a year.

According to Morales, the city has received 520 rent subsidy applications, more than twice the anticipated number of applications. About 84 of those applications were from households with children enrolled in BHUSD or with a senior household member. Jewish Family Services, the nonprofit contracted by the city to administer the program, reviewed about 450 of the applicants and granted rent subsidies in 99 cases — an approval rate of 19%. In total, the city gave property owners about $300,000 in direct subsidy payments.

The rate of denial raised some concerns for some council members. Morales explained that in most cases, applicants were making as much or more money from unemployment than they were prior to the pandemic. In other instances of rejection, applicants did not provide sufficient documentation, generated income above the 80% Area Median Income threshold, paid over $4,000 in rent, lived in a non-RSO unit, or received rental assistance from Los Angeles County.

Also of concern to the Council, 41 applicants could not receive the subsidy because their property owner refused to participate in the program. “I cannot get a straight answer from owners,” Morales said about why the landlords refused the funds. “They feel like they’re giving something in exchange by saying they won’t evict the tenant.”

At the Rent Stabilization Commission meeting, the commission swore in the newest members. The commission is composed of two landlord representatives, two tenant representatives, and two homeowners. Zachary Sokoloff replaced Gwendolyn Owens, former-alternate Kathy Bronte replaced Kathryn Jacoby, and Kandace Lindsey-Cerqueira filled the alternate position left by Bronte. The newly recomposed commission voted to recommend to the City Council that the city’s eviction moratorium end at the same time as the State of California’s moratorium. 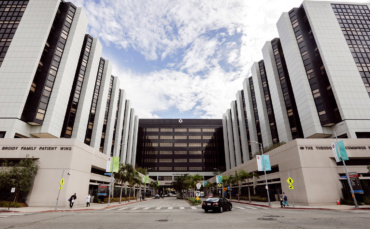 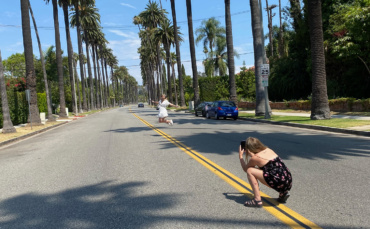