Whenever someone says, “I started my job in January 2020,” an interesting story is bound to follow.

Jenny Rogers, Beverly Hills Director of Community Services, is no exception. Rogers came to Beverly Hills from Mill Valley in Marin County, where she served as Director of Arts and Recreation. A trained painter, photographer, and videographer with an MFA from Pennsylvania State University, Rogers arrived with ambitious plans to transform the city into an even more dynamic center of arts, culture, and recreation. Before the pandemic, she was planning a community-wide symposium drawing together arts organizations, non-profits, and the business sector to discuss options for how to expand the city’s reputation as a center of the arts. She also sent out a city-wide survey asking residents what kinds of new arts programming they’d like to see moving forward.

But just over two months into her new job, Rogers was tasked with leading 71 full-time employees and 271 part-time employees from four different city departments (Community and Cultural Events, Human Services, Library Services, and Recreation Services) through entirely uncharted waters. All of a sudden, the question became how to stay afloat. While all this was going on, the department faced a reduced budget and the loss of 25 staff members.

“That was a complete 180, and it was almost overnight that we had to reinvent ourselves as a department and decide how we were going to deliver all this programming that we would normally do on-site,” Rogers told the Courier. “I had done a lot of emergency management in the Bay Area related to things like major fires and activation of community centers related to folks that were displaced because of the fires in Northern California, so I had come out of that experience having done that kind of emergency management, but this was on a whole new level, because this disaster didn’t end.”

But Rogers says that the Community Services Department was able to pull through and help the city thanks to a groundswell of local volunteerism, a streamlining of processes, and effective use of new and existing partnerships with arts and social services nonprofits. And with everything topsy-turvy, everyone was forced to innovate more than ever. The department brought most of its programming, like educational and fitness classes, library services, cultural programming, and more online in the span of just a couple of weeks, without many examples to which they could turn. At the same time, Rogers and her department worked with then-Mayor John Mirisch to develop a “Kindness Task Force” and expand an already well-developed volunteer network to help the city’s most vulnerable. Rogers worked to match volunteers and Community Services staff to nonprofits and organizations that needed their help and were able to deliver 200 meals each week to seniors, and help shop for them, drive them to appointments, and call them.

“We have incredible community-based organizations in Beverly Hills – everything from the Rotary, to our Friends of the Library to Friends of Greystone, all of our social service agencies we work with, and really it’s about communication,” she said. “We would do outreach, we would do email blasts, send out e-notices to our large list of Kindness Task Force members, and we would ask if there were folks interested in this kind of volunteering, and we would guide those folks to the organizations that need them.”

Rogers grew up in a small town in Nebraska, where her mom worked in social services. Both her mother’s work and the small-town neighborliness inspired in her a love of community. “I grew up in a place where people knew their neighbors and kids would play together in the front lawn or in the park across the street, and your parents would say, come home when the streetlights come on,” she said. “That was one of the things that attracted me to Beverly Hills – I really love the small-town character of the place, even though it’s obviously very sophisticated and metropolitan.”

Rogers worked for four years in San Francisco, then another eight years as Director of Arts and Recreation in Mill Valley.

In Beverly Hills, Rogers says she feels like she’s come “full-circle” and is able to combine her passion of both art and community services. Much of her work thus far has been finding a way to keep a sense of community going through virtual programming and connections. The department plans to continue offering fitness and meditation classes online and on BHTV and may continue its popular weekly online cultural offerings at the Greystone Mansion, which remains closed to visitors except by appointment. The pandemic also made many people aware of how many e-books and audiobooks they can rent through the Beverly Hills Public Library, and Rogers said the library has seen a 300% increase in usage of its digital offerings.

Rogers says that overall, the pandemic helped the department reimagine creative ways to use the city’s public spaces. “We’ve been able to activate our facilities in ways we never dreamed of doing, and people very much enjoyed those workshops,” Rogers said of the 2021 Beverly Hills Art Show, which featured a series of art workshops spread out over the grounds of Greystone Mansion. She also mentioned drive-in movie screenings at the Greystone as another positive example of the “license to think outside the box” provided by the pandemic.

That out-of-the-box thinking will continue to come in handy as the department tries to forge ahead in the midst of a Delta variant surge. Rogers said that so far, it’s too soon to tell if this will mean any reversals of the incremental reopening of various department activities. “I think everyone has concerns. We would hate to see things backslide but it may not be within our power to prevent that,” she said. “We’ve tried to be very open and transparent with the community about where things are, and at the same time try to provide the services that people depend upon.”

But pandemic or not, Rogers says she is continuing to take steps to make good on her original plan to reinvigorate the city’s arts and culture scene. After regular community surveys and a listening tour of arts and culture organizations, she said people from all over are asking for interactive, community art. Over the past year, Rogers has helped bring about community art projects like Windows on the Wallis, which projected art from 40 different artists on the building’s walls, and Visions of the Future, which brings pop-up art activations to revitalize vacant downtown storefronts.

“There’s a strong desire to do things socially together, and I think arts and culture are going to play a huge role in the economic recovery of Beverly Hills,” Rogers said. “We’re going to be working on an Arts and Culture Plan this year, and I’m hoping part of that development can be bringing [the annual treasured event back], but also the introduction of a whole host of new events.”

No matter what the area, Rogers says that in often lonely times, Beverly Hills residents are asking for community.

“It’s been very powerful to be part of a community that galvanizes in times of trouble,” Rogers said. “It was beautiful to see people selflessly come forward and say, ‘I’ll help,’ and I felt like that came through in a very genuine and authentic place – that people truly care about their neighbors.” 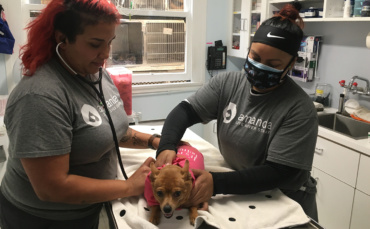 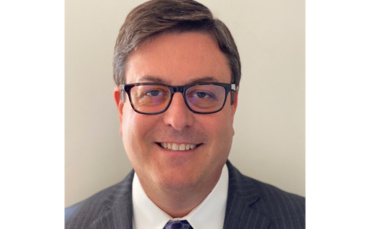 Manaster said he is considering reinstating the Budget Review Committee, a defunct commission of Council-appointed residents with business background who review the city’s budget.