An expansive electronic display proposed as part of the Sunset Jewel Box development on the Sunset Strip has raised concerns by neighbors fearful of its impact on their quality of life. The proposed development site sits at 9160-9176 Sunset Boulevard, the current location of the Hornburg Jaguar dealership, and is for a five-story mixed-use building that includes retail, dining, and office space. It includes a 13,900-square-foot “digital canvas” that would wrap around significant portions of the building, greeting east-bound visitors to the city as they enter the Sunset Strip.

Although the project has yet to reach the draft stage of its environmental review process, neighbors have started speaking out against the project’s scale. “They want to put a huge electronic billboard on [the Sunset Jewel Box], which will shine into all of our apartments [and] ruin our view. This is a residential neighborhood, they’ve gone too far,” Laurie Rodkin, who lives in the nearby Sierra Towers, told the Courier.

In addition to other residents from the Sierra Towers who spoke with the Courier, Rodkin is joined by the Doheny Sunset Plaza Neighborhood Association, which put out a “call to action” against the project in an Aug. 1 newsletter, urging residents to email City Council members and sign an online petition. The petition currently has over 100 signatures.

Another Sierra Towers resident, Paul Alan Smith, worried about additional distractions to drivers. Smith told the Courier he commuted via bike for years but had to stop because he saw more and more drivers texting behind the wheel. “We know what lights can do to people, they’re hypnotic,” he said.

According to the developer, West Hollywood-based real estate firm Faring, residents have nothing to worry about. He cited an initial study completed by the City of West Hollywood and a lighting study commissioned by Faring from the architectural lighting and design firm Francis Krahe & Associates. Both studies found that the impact on the surrounding area would be “less than significant,” according to the city’s study, and in compliance with the city’s strict rules dictating light intensity of digital signage.

Ellen Evans, President of the Doheny Sunset Plaza Neighborhood Association, has not had the opportunity to review the lighting study. Still, she expressed skepticism at its findings. “I can hardly believe that a 13,900-square-foot billboard isn’t going to light up the neighborhood,” she said.

For nearly as long as the Sunset Strip has attracted swarms of music-lovers, clubsgoers, and various other diversion-seekers, it has also attracted advertisers to market products to them (not to mention the countless cars that pass through each day). The 1.5-mile belt of Sunset Boulevard stretching from Phyllis Street in Beverly Hills to Marmont Lane in Los Angeles boasts the densest concentration of billboards and tall wall signs on the West Coast, according to the city. The city describes the advertisements as “a key driver of the West Hollywood economy.”

As the Sunset Strip has moved into the 21st century, West Hollywood has rolled out plans to incorporate electric signage across the iconic thoroughfare. The city updated its policies on advertising along the corridor in 2019, dividing the Strip into seven zones with a set number of digital signs allowed in each. The updated policy envisions the digital billboards as a public-private artistic collaboration and encourages each project to use “innovative media formatting” and act “as a good neighbor to surrounding area by limiting light spill-over and visual intrusion.”

Electronic billboards cost less for advertisers, allow for greater flexibility, and also generate more revenue for the city, with each billboard netting West Hollywood $500,000 a year. In addition to tax revenue, the city also requires that digital billboards grant the city “17.5% of programming time for art or civic announcements.”

The policy includes rules dictating the brightness of digital signs during different times of day and different light conditions. From sunrise until 20 minutes before sunset, signs may not exceed a brightness of 6,000 candelas per meter squared. (A candela is the unit measuring the intensity of light; a single wax candle produces one candela and a 25-Watt fluorescent bulb puts out 135 candelas.)

From sunset until 20 minutes before sunrise, billboards must turn the brightness down to 300 candelas per meter squared. From 2 a.m. until sunrise, digital signs may not display animated content or moving patterns. Additionally, the light from any signs may not exceed 1.4-foot candles at any nearby residential properties, which is the equivalent of the light of roughly 1 1/2 candles as measured at the zoning line.

This is not the first time that the city’s electronic ambitions have created friction with residents. The city’s pilot electronic billboard, a 64-ft.-tall installation at 8775 Sunset Blvd. called the Sunset Spectacular, generated complaints shortly after its debut in April. However, the city approved the project prior to updating the digital signage in 2019.

According to the initial study, the city expects construction to begin in December 2022 and wrap up by 2024, pending approvals.

Correction: A previous version of this article stated that the Change.org petition put out by the Doheny Sunset Plaza Neighborhood Association in opposition to the Sunset Jewel Box electronic signage had no signatures. It has over 100.

The Municipal Employees Association of Beverly Hills Part-Time Unit has an MOU which expires on Oct. 8, 2021. The Aug. 17 meeting is the formal opportunity for the public to voice questions, concerns, and feedback to the City Council early in the negotiation process and prior to officially beginning the meet-and-confer process for a successor Memorandum of Understanding with the employee association. 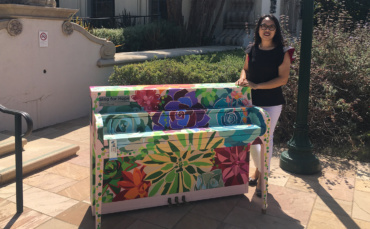 “Larger school districts like LAUSD will claim that that is occurring, that they're requiring and mandating COVID-19 testing,” Bregy said at the meeting.