At a meeting this past March, members of the Beverly Hills City Council reflected on a simpler time in America. They recalled childhood memories of playing in the middle of neighborhood streets with little fear of being hit by a speeding vehicle. The reminiscing took place to show consensus support of a Neighborhood Slow Streets Program that has since been put into effect.

“When I was kid we used to play stickball, literally with a stick and a pink ball which was fun at the time,” said Councilmember Julian Gold, M.D. “We had buses that went down the street too. We just knew to move before the bus got to us.”

“We played over-the-line in the street, it was on Alfred Street in the Beverly Center area,” said Councilmember Lester Friedman. “For the few cars that came by, we always had a lookout and we would be able to play in the street and it was quite enjoyable. So those were the good old days.”

While the program is only intended to be in effect as long as emergency COVID-19 ordinances are in place, there may soon be an opportunity to create a permanent version of the initiative as California Assembly Bill 773 was approved by the state legislature Aug. 31. If signed into law by the governor, the bill would allow cities to enact a number of different types of roadway closures and restrictions, including permanent Slow Streets programs.

“I don’t see just a COVID reason to do this—I see this as a traffic calming opportunity as well,” said Vice Mayor Lili Bosse at the March meeting. “I enthusiastically support this. I love the fact that this would be resident initiated. What I really love about it is that it encourages less traffic, encourages more walkability and encourages people to be outside.”

The program follows suit with other cities like Los Angeles, Pasadena and San Francisco which enacted similar initiatives in response to COVID-19 social distancing guidelines.

“The program is temporary and will continue until the city lifts the emergency orders related to the pandemic,” Beverly Hills City Engineer Daren Grilley told the Courier in an email. “We have heard from some residents who would like to see the program continue permanently as a way to discourage unnecessary cut-through traffic and illegal speeding. Positive public response in many other communities has resulted in several states looking at permanent programs.”

The Beverly Hills program requires a resident of a block to act as sponsor of the Slow Street. When applications are filed, police, fire and public works departments review the street block to make sure that a Slow Street will not create a safety concern. The sponsor then has to obtain signatures in support of the program from 51% of the households on the block. Approved streets remain open to traffic, including all service, delivery and emergency vehicles.

“I think this is great. We’ve got to start somewhere,” said Councilmember John Mirisch, who agreed at the March Council meeting that the program had the potential to become permanent. He also noted that Beverly Hills was behind other cities in enacting its Slow Streets Program. “We probably should have done it a year ago, but better late than never.”

Residents on qualified neighborhood streets are able to apply through the city’s website.

“In my mind it clearly supports what we say we love about the character of our communities,” said Mayor Bob Wunderlich at the March meeting. “It just becomes a quieter street and people feel more comfortable walking their dogs, bicycling, walking and things like that.” 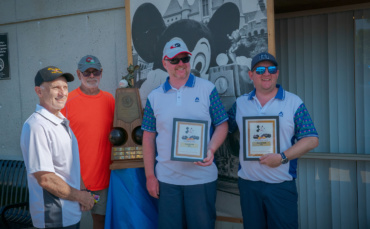 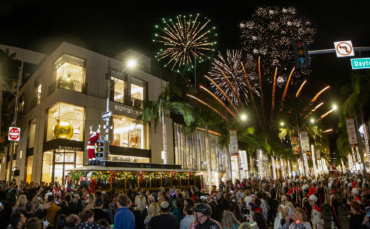 “I think our goal is we want a wonderful holiday lighting evening,” Bosse said. “But the goal is to have a vibrant holiday experience from that day through the holidays.”