“Mason just wanted to participate in a normal ritual for all kids: school,” said Heather Woodring, Mason’s last teacher at Horace Mann. His former classmates stood alongside her.

On Sept. 18, hundreds of people gathered at Roxbury Park to celebrate the life of Mason Duncan-Book, a fifth grader who passed away of leukemia in November of 2020. At age nine, Mason was diagnosed with T-Cell Acute Lymphoblastic Leukemia, which ultimately spread to his lymph nodes and bone marrow. After undergoing several unsuccessful chemotherapy treatments, Mason tragically lost his battle with cancer at age 11. “The outpouring of love and support that we’ve been shown by this community is nothing short of amazing, we could not be more grateful for these people, friends and strangers, who held our family up,” Stacey Book, Mason’s mom, told the Courier. “They helped us give Mason the best possible chance, and he felt all that love too.”  Dozens of friends, classmates, family, his teachers at Horace Mann Elementary School, and Mayor Robert Wunderlich, and Vice Mayor Lili Bosse spoke—a testament to how beloved he was by those who knew him. The Celebration of Life memorial, organized by his parents, Jenn Duncan and Stacey Book, concluded with the dedication of a park bench in his memory. To the left of the playground area in the park, his bench plaque reads: “Mason Duncan-Book. Always a star, his love touches us all. Shine forever Mason!”

“Mason just wanted to participate in a normal ritual for all kids: school,” said Heather Woodring, Mason’s last teacher at Horace Mann. His former classmates stood alongside her. Jenny Gordon, creator and director of the City’s “A Taste of Broadway” musical theater program, recalled Mason’s strength and courage as a solo number onstage after completing his first outpatient dose of chemotherapy. Gordon and her student ensemble performed two musical numbers. A fellow patient at Children’s Hospital Los Angeles, Malakai, sang an original song he wrote titled “See You Again.” Malakai was diagnosed with Liver Cancer the same day Mason received his diagnosis.

“This goes out to a special friend, Mason,” Malakai said. “My friend, we battled cancer together, and he didn’t make it. This song is dedicated to him and his family.”

Throughout his treatment and beyond, parents Jenn Duncan and Stacey Book adopted the slogan “Not Today Cancer” as their battle cry. Since losing their son, they began a licensed nonprofit organization called Not Today Cancer, with a mission to support cancer research and cure childhood cancer. “We believe pediatric cancer should be a curable disease,” reads the mission statement. “There is cutting edge research happening to make that a reality, but pediatric cancer receives a shockingly low amount of funding.”

The nonprofit will be hosting its first annual 5K run at Roxbury Park on Sept. 26 at 9:30 a.m. to raise money for Pediatric Cancer Research. To participate, become a sponsor, or learn more, visit: https://www.nottodaycancer.care/. 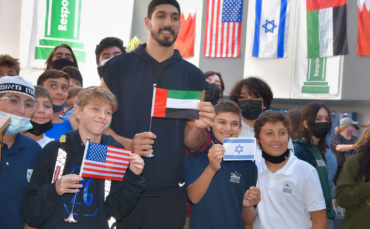 With the rise of anti-hate sentiments and acts of violence increasing over this past year, this clinic comes at an important time to show inclusion and diversity triumph over intolerance and bigotry. The success of the Abraham Accords has demonstrated what people of different cultures can achieve when working together. 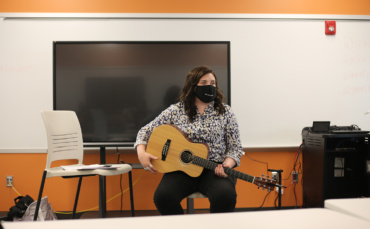 The program included singer and songwriter Jess Hoover, who shared her own mental health journey with students while also inspiring them to create their own masterpiece. 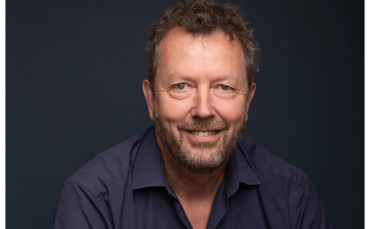