Amid a flurry of reproach, the City Council unanimously passed an urgency ordinance restricting demonstrations at schools in the city following a contentious anti-vaccine mandate protest at Hawthorne Elementary School on Oct. 6. The ordinance, agendized at the last minute for an Oct. 12 meeting, prohibits demonstrations within 300 feet of most school entrances and prohibits demonstrators from following students to or from school.

In a statement to the Courier, Beverly Hills Unified School District (BHUSD) Superintendent Dr. Michael Bregy said that he had personally met with Wunderlich, Interim Police Chief Dominick Rivetti, and City Attorney Laurence Wiener following the protest. “The discussion was extremely encouraging, the subsequent actions that were taken by BHPD over the weekend and our City Council on Tuesday clearly indicate their unwavering dedication to keeping our students safe,” he said.

Wiener justified the buffer zone on the physical impact of having demonstrators on a narrow sidewalk, noting that some parents and children had to walk in the street to avoid the protest. “As a consequence,” he said, “there isn’t enough room on the sidewalk adjacent to the entrances to safely accommodate both protesters and children entering or leaving the school.”

The ordinance prohibits demonstrations within 300 feet of school entrances, with the exception of Beverly Hills High School, on days when school is in session and at times immediately before and after the beginning and end of the school day. The ordinance also holds that protesters cannot follow within 100 feet of a student on their way to or from school. The restriction applies anywhere within 10 blocks of a school.

While the original draft of the ordinance excluded Beverly Hills High School, the Council unanimously agreed that the protections should extend there as well. Given the particular geography of the school, the ordinance proscribes demonstrations within 100 feet of the entrance at Durant and Moreno Drive.

While Hawthorne Elementary School holds a Walk to School day each month, the school and its PTA organized a more elaborate event for Oct. 6, National Walk and Bike to School Day. But the day also came during a moment of heightened attention on the city from anti-vaccine mandate activists, who just the day prior rallied at City Hall in support of Beverly Hills firefighters refusing to take the vaccine.

One activist promoted the Hawthorne protest at the rally, noting that Mayor Wunderlich and School Board President Rachelle Marcus would be present.

The protest was also promoted by the Beverly Hills Firefighter Association (BHFA), the union representing the city’s firefighters. In a statement following the protest, union president Victor Gutierrez said the BHFA had posted a flyer for the protest to the union’s Instagram account. After hearing the rhetoric used to promote the protest at the rally, “We immediately removed the flyer from our social media and informed our members that we would not be supporting the event,” he said.

Demonstrators followed parents and children as they walked to school and then picketed outside the entrance, at times loudly equating masks and vaccines to “child abuse” and “rape.” Most parents and children tried steering clear of the demonstrators, but several parents became embroiled in tense exchanges with protesters that led to shouting.

Previously, the Beverly Hills Police Department (BHPD) said officers had limited options in dealing with the protesters so long as they were only exercising their First Amendment rights. During the protest, when approached by parents, officers declined to intervene in the heated encounters between parents and demonstrators.

“Getting into a kid’s face, getting a foot away from the kid and screaming at that kid, and obstructing that kid from being able to walk forward with his or her parent would meet my definition of assault,” Wunderlich said. “It seems like there should be a law against that already on the books.”

Armed with the urgency ordinance going forward, Rivetti told the Council that officers will “create a safe zone” with protesters on one side and students, parents, faculty, and staff on the other. “As the ordinance is fashioned, we’re confident that we can enforce the ordinance [and] allow the demonstrators to exercise their constitutional right, but at the same time, ensure the safety and well being of the children, parents and faculty,” he said.

Vice Mayor Lili Bosse pressed Rivetti on whether BHPD would follow through on enforcement of the new ordinance, noting that the department declined to enforce masking requirements at the weekly Trump rallies in Beverly Gardens Park in 2020. The department said at the time that it lacked the numbers to enforce the ordinance and feared escalating encounters with rally-goers.

“If we’re dealing with the same situation as last Wednesday, we will take care of it,” Rivetti said.

The Oct. 6 protest continues a trend of right-wing and populist activism in the city. The protest was the second time that demonstrators had gathered in front of Hawthorne Elementary School. On April 21, protesters stood outside the school’s entrance in opposition to masking requirements in the district. Activists have also staged protests at other schools across the county, including John Adams Middle School and Palisades High School.

Councilmember Lester Friedman harshly condemned the actions of the activists, noting that many of them had protested twice in front of his home during his mayoral tenure. “I thought it was extremely rude, shameful, and obnoxious using children to promote a minority position regarding vaccinations. Using children to make a point and to scare them, harass them, intimidate them, torment them. It’s just shameful,” he said. “I am fully aware of their First Amendment rights. They do have those rights, but to use children as a tool—they should just be embarrassed that they did so.”

Schools across the country have turned into battlefields over politicized public health measures like face coverings and vaccinations. On Oct. 4, Attorney General Merrick Garland directed the FBI and U.S. Attorneys’ Offices to meet with state and local law enforcement to address a rise in violent threats against school board members across the country. The Beverly Hills Board of Trustees has not reported any threats.

Bosse shared the story of a mother who spoke with her after the protest: “Every day she walks her kids to school, and that day [she] was part of the walk and her children are truly traumatized and will not walk to school with their mother since Wednesday, to the point that she now is looking to help get some counseling for her children.”

“I wish we actually had this in place so the situation never would have arisen,” Bosse said. 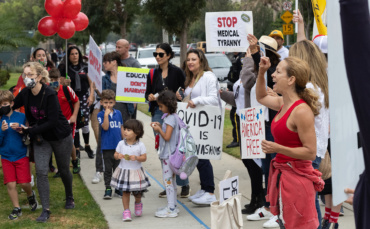 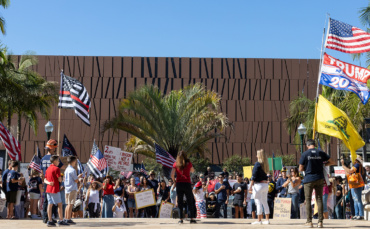 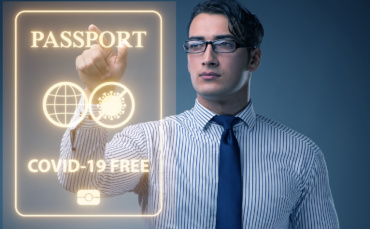