Beverly Hills High School (BHHS) senior Jac Mani was surrounded by his friends, family, teammates, and coaches on Nov. 18 as he accepted a basketball scholarship offer to the University of California, Davis.

Beverly Hills High School (BHHS) senior Jac Mani was surrounded by his friends, family, teammates, and coaches on Nov. 18 as he accepted a basketball scholarship offer to the University of California, Davis. The event was held in celebration of the National Collegiate Athletic Association (NCAA) Division I (D-I) National Signing Day, a period in which a high school senior can sign a binding National Letter of Intent (NLI) for a collegiate sport with a school that is a member of the NCAA. Technically, Mani put pen to paper on Nov. 11. (Initial D1 Basketball signing dates began on Nov. 10.) However, the ceremony took place Nov. 18 at the district office. UC Davis was one of eight scholarship offers received by the 6’9 220-lb. power forward.

“I’ve been playing since I was a little kid, like five,” Mani told the Courier. “It’s only my second season playing at Beverly, but I came here from Milken Community School to play basketball.”

According to UC Davis, Mani was an All- League first team selection while he was a sophomore at Milken, where he averaged 18 points per game and nine rebounds. In his junior year, after he transferred to BHHS, Mani improved to 20 points per game and 11 rebounds. As a junior, he was the leading scorer and rebounder on the varsity team.

“They’re going to pay for him to go to school at UC Davis, which is pretty amazing,” Tim Ellis, the Director of District Sports at BHUSD, told the Courier.

“He’s worked very hard for this day, and we’re excited to be a part of this opportunity for him,” boys head basketball coach, Jarvis Turner, said at the ceremony. “We know that Jac is a tremendous basketball player, and he has a bright future in the game. We are also blessed, as a staff, and as a school, to have somebody of his caliber and his talent be a part of our program to help our program go to where we need to go. And more importantly, Jac is great young man.”

With his sights set on professional basketball, the Beverly Hills resident looks up to NBA legend, Kobe Bryant. “My favorite team is the Lakers,” Mani told the Courier. Mani’s younger brother, in his freshman year at BHHS, is also on the basketball team.

“Jac, this is a day that you’re probably remember man for the rest of your life,” Coach Turner said. “And it is the start of what will be a long and successful future in the game.”

Already donning a UC Davis hoodie, Mani signed the letter while teammates and friends cheered. “I’m just grateful to my coaches for pushing me every day to be my best and my teammates and my family for supporting me,” Mani said during the signing ceremony. “I’m very blessed.”

The BHHS Varsity Boys Basketball team began the season on Nov. 17, with the Normans defeating the Oakwood Guerillas 70-44. 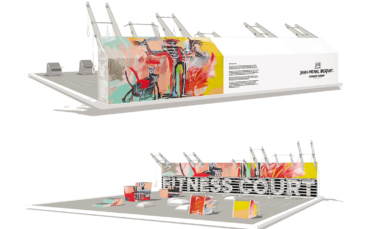 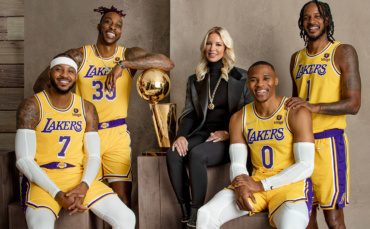