A new Los Angeles City Council district boundary map that would impact many LA residents near Beverly Hills has been delayed. LA City Council was slated to vote whether to approve the map at a Dec. 1 meeting, but the final vote was tabled until a future meeting due to a needed technical change.

A slight correction is needed to the proposed boundary between LA Council Districts 1 and 10 near Koreatown after an error was made in the publicly posted draft map. The corrected map has to be publicly posted for a minimum of three days by law. The final vote is expected next week, LA City staff told the Courier.

Bel Air, Beverly Crest, the Bird Streets and Los Angeles neighborhoods along the southern Beverly Hills border would all be affected by the proposed map which is expected to be finalized and take effect by Jan 1. Some LA residents will see changes, but the latest map creates much less change for Beverly Hills neighbors compared to previous map drafts considered during the redistricting process.

“We recognized that there could be a need for our neighborhood council to be represented by two councilmembers,” Bel Air-Beverly Crest Council President Travis Longcore told the Courier. “So we made very specific recommendations about where that split should be based on knowing the neighborhoods and the residents.”

Longcore said that his neighborhood council and residents have lobbied against a previous draft of the map which he said would have put the border between District 4 and 5 too far west at San Ysidro Drive close to where it is on the current active map. The latest proposed draft of the new map moves the border west to Briarcrest, which Longcore said better aligns with where his neighborhood council constituents identify culutrally.

Neighborhoods in the Hollywood Hills like the Bird Streets and Doheny Sunset Plaza will remain part of District 4 which would include parts of the San Fernando Valley and stretch east into Griffith Park. The Hollywood Hills West Neighborhood Council which is mostly in the current District 4 will see no significant change, though some residents in the flats near Hollywood will be switched to District 13.

Hollywood Hills West Council president Anastasia Mann told the Courier that residents affected by this change who have previously been outspoken on the issue seem to be pleased with the current version of the map.

A previously proposed map would have stretched District 4 up into the San Fernando Valley to the 210 Freeway, but that plan was nixed through a City Council vote Nov. 9.

The redistricting process happens every 10 years and is triggered by the U.S. Census, which is also on a 10-year cycle. The commission used 2020 U.S. Census data to ensure each district has about 260,000 residents. 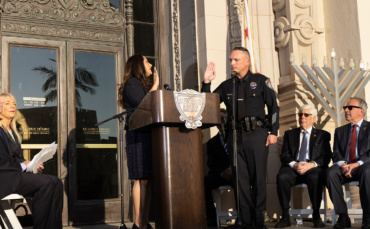 “We had such an outstanding cooperative task force going after people selling drugs and using that money to fund terrorism,” Bodner told the Courier. “He's very worldly, understands different cultures, understands diversity, and he was able to really open a lot of doors for us and help us see things that we would not have seen.” 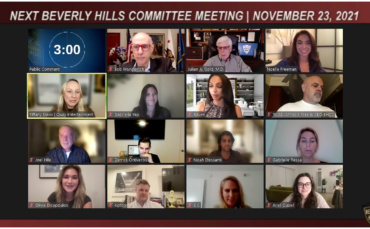 “It’s going to be a transition the next month, so it'll be exciting to see someone step up,” said Freeman.