Beverly Hills Police Department (BHPD) Chief Mark Stainbrook has made multiple recent community appearances in an effort to introduce himself to the city and address anxiety about an uptick in crime. The community outreach comes on the heels of a string of high-profile crimes, including the murder of long-time Beverly Hills resident and philanthropist Jacqueline Avant.

On Dec. 9, Stainbrook joined the Beverly Hills Chamber of Commerce Government Affairs Committee meeting to speak to the specific concerns of the business community. Then, on Dec. 12, the police department and the City Council hosted an outdoor town hall meeting at the Civic Center where Stainbrook answered questions from residents. Following the in-person town hall, the city held a virtual town hall with the Chief.

“I want to say thank you to everybody for being here today, because it shows the amount of community support and engagement that we have here,” said Stainbrook at the Dec. 12 town hall.

“I like to read [and] I’m often reminded of Sir Robert Peel, [an] 18th century British gentleman who was the first to talk about policing. And one of the first things he said is, the public are the police and the police are the public.”

At both the town hall and the Chamber of Commerce appearances, Stainbrook addressed the frenetic pace of his first two weeks on the job, which saw high levels of police activity.

Residents like Andy Licht, the Chair of the Planning Commission, expressed dire concern about the state of safety in the city at the town hall. Licht, who grew up in Beverly Hills and has raised his children in the city, said that his home had been burglarized and that his car has been broken into twice in his driveway in the past year. “We used to leave our front door and our doors unlocked. Maybe not the smartest thing, but now we lock everything and have the burglar alarm on,” he told Stainbrook. “What more than what you’ve mentioned in your opening remarks can we do to make everybody feel safe and comfortable like we did for so many years?”

Stainbrook said he is “getting what [he needs] from the City Council.” He said the issues raised by Licht came down to “a systemic problem in the justice system” and the criminal justice reform measures passed over the last few years.

“Our cops arrest the right people, but the problem is we arrest them again and again,” he said. “There are a lot of things that occurred in the last 10 years that have kind of led us to where we are. Laws [like] Prop 47, Prop 57, AB 109, some of the bail reform bills, and then COVID.”

Stainbrook elaborated on some of the measures he and the city have taken in response to the rise in crimes and his plans for the future of the department.

“We did hire five new officers on Friday. Now, while it takes them a little bit of time to get through training, they will be deployed in the streets in the next couple of weeks,” Stainbrook told the Chamber.

Stainbrook announced at the town hall that the department had started testing a new drone program. “My ultimate goal is to have a full-time patrol drone that can respond at anytime, anywhere in the city.”

The drone program will begin with a focus on the business district, but Stainbrook said that it will expand into other areas of the city.

The department has also mandated overtime for officers through the holidays into January, Stainbrook said. Additionally, the city has tripled the number of private armed security officers. Stainbrook explained that the private security served as a useful force multiplier and helped to free up resources for other tasks better suited for police officers.

“I want people to know: Don’t come to Beverly Hills to commit crime,” he said. “Our residents, our businesses, our tourists want to be safe and feel safe and I know they don’t right now.”

When Stainbrook first came into the position, the department was down by 20 officers—a deficit that has shrunk to 15, with another seven officers slated for onboarding by March. When asked why the department was experiencing the shortage, Stainbrook explained that policing goes through natural cycles. “When I first came on [as an officer], a lot of Vietnam veterans had become police officers and they were retiring in the 90s,” he said. “We’re in another 25-year cycle where you have so many retirements right now that we just have a lot less officers.”

Stainbrook cautioned that the numbers were not likely to rise any time soon for two reasons. “Policing isn’t the most popular profession right now, as you can imagine, so just the numbers of people that apply to be police officers has been dramatically reduced,” he told the Chamber. “The second thing is, just to conduct the process of becoming a police officer can take six months, maybe up to a year.”

One possible solution proposed by a resident would be the implementation of a police reserve program to allow for officers to serve in a part time capacity. Stainbrook said that he knew of reserve officers in the Los Angeles Police Department and Los Angeles Sheriff’s Department who were interested in working with the BHPD. He said that he was “going to have some meetings within the next few weeks” to explore the idea.

One of Stainbrook’s top priorities, he said, is to work on an “enhanced notification system” between the department and the community. “There’s a system we’re looking at that we think we can push information much more quickly than social media or other things,” he said. “I hope to be rolling that out within the next few weeks.”

Many residents asked Stainbrook about whether the department was receiving adequate support from the city. Stainbrook responded with an unwavering yes. “Being here two weeks, I feel like I’m getting everything I need from my boss, [City Manager] Mr. George Chavez, and the City Council,” he said.

In his opening remarks at the town hall, Stainbrook broke down the recent crime trends in the city. From 2019 to 2021, property crime has fallen by 7%, he said. Violent crime, though, has risen “significantly.”

Data released by the FBI for 2020 showed a rise in crime nationally, regardless of state political leanings. The country saw a 5.6% increase in violent crime last year, according to the FBI’s Uniform Crime Report. Paralleling the city’s trends, the FBI also noted a 7.8% decline in property crime nationally.

Over the last 10 years, California voters and legislators have passed a series of criminal justice measures meant to address overcrowding in prisons and racial and economic disparities in the carceral system. According to a 2021 draft report authored by the California Committee on Revision of the Penal Code, “During the COVID-19 pandemic, California’s prison population reached its lowest level in thirty years, and overall crime rates continued to fall to record lows.”

The report acknowledged a “sharp increase in the number of homicides during the pandemic,” but also points to research conducted by the University of California that shows that the state “saw less than a 1% increase in violent crime between 2019 and 2020.” 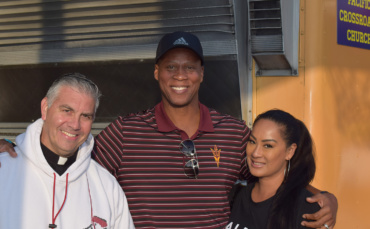 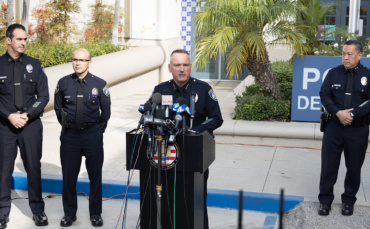 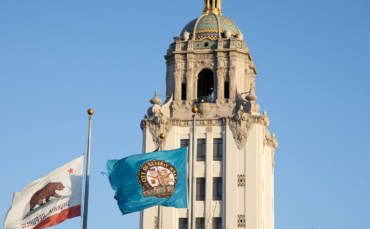 To demonstrate the siren for residents who are interested in hearing the new OWS firsthand, the city has planned in-person meetings on Dec. 13 at Roxbury Park at 4 p.m. and Dec. 15 at Greystone Mansion at 10 a.m.