Twice over the span of a month, flyers containing COVID-19 conspiracy theories appeared in front of houses across Beverly Hills, tucked inside Ziplock bags with dry rice to weigh them down. In the age of internet-mediated misinformation and hate, the flyers seemed a throwback to an earlier era: “Every single aspect of the COVID agenda is Jewish,” the flyers read at the top of the page beside a Star of David and a pentagram—in essence, blaming the Jewish people for the deadliest pandemic in over 100 years.

The flyers struck at one of the core identities of Beverly Hills, one of the only Jewish-majority cities outside of Israel, and dredged up painful memories for residents who themselves fled Jew hatred or who descend from survivors of the Holocaust. According to experts on antisemitism and conspiracy theories, the growing marriage of antisemitism and COVID-19 conspiracies is a natural next step for the ancient prejudice—one that thrives in times of anxiety and uncertainty.

“Antisemitism, amongst the various forms of hate, is unique in that it often involves conspiracy theories,” explained Jeffrey Abrams, Regional Director of the Anti-Defamation League (ADL) Los Angeles.

Since 2016, the ADL has documented an alarming rise in antisemitic incidents. Four of the worst years for anti-Jewish hate have occurred in the last five years, according to an annual survey conducted by the organization since 1979. “In California since 2016 [to 2020], we’ve seen an uptick of 40% in antisemitic incidents,” Abrams said.

The flyers combined age-old antisemitic tropes with conspiracies about the COVID-19 pandemic. The flyers name several government officials who they claim are Jews, incorrectly identifying at least one person as Jewish.

Flyers were first discovered on Nov. 28, the first day of Hanukkah, in the northeast area of the flats. A statement from BHPD Capt. Elisabeth Albanese described the flyers as “propaganda style hate speech related to the COVID pandemic and the Jewish people.” Hundreds of identical flyers were found in the southwest of the city on Dec. 18.

The flyers appeared to be a part of a coordinated, national effort led by the Goyim Defense League, a “loose network of individuals connected by their virulent antisemitism,” according to the ADL. Residents in Pasadena discovered identical flyers early Dec. 19 also bearing the group’s logo, according to the Pasadena Police Department. Flyers were found in states across the country, including Texas, North Carolina, Idaho, Vermont, Alabama, Illinois and Florida.

The Goyim Defense League previously appeared in Southern California in August 2020. The group hung a banner from an overpass on the 405 near a historically Black neighborhood stating that Jews wanted to start a race war.

In addition to the ADL’s lobbying and education arms, the ADL Center on Extremism monitors extremist activity and offers itself as a resource to law enforcement, as it has in the recent incidents involving the Goyim Defense League.

“Antisemitism often grows in times of anxiety,” Abrams told the Courier. Abrams pointed to the white supremacists who marched in Charlottesville in 2017 chanting “Jews will not replace us,” a sentiment rooted in fears of changing racial demographics. Similar to the COVID-19 conspiracies, “that chat reflects this conspiracy that the Jewish community has a master plan,” Abrams said.

Since Charlottesville, Abrams said that antisemitism has continued to spread, helped along by other extremist movements like QAnon. Now, in this moment of prolonged financial and health precarity, “we end up with this wildly growing and pernicious COVID-19 conspiracy, that somehow the Jewish community is responsible for its creation [and] spread, intentionally profiting from it when, in fact, all we’re seeing is growth of hatred at a time when we should all be coming together.”

The internet plays a role in rapidly disseminating and amplifying these prejudices, says Brain Levin, a professor of criminal justice and director of the Center for the Study of Hate and Extremism at California State University, San Bernardino.

“The internet has provided an elastic pool of grievance for like-minded, echo chamber discussions that end up escalating bigotry or the acceptability of violence,” he told the Courier.

The ADL has taken a supportive stance on a bill before the State Assembly, Assembly Bill 587, that Abrams says would pressure social media companies to better police extremism and hate on their platforms. The bill would require companies to disclose data on how they moderate content, including how many posts companies flag, how many times those posts were viewed, and how many posts were removed, demonetized or deprioritized.

But Abrams said that the onus also rests on the public to call out the antisemitism they encounter in their own lives. “If you see it, call it out,” he said. “Part of doing that is sharing facts and knowing what you’re seeing [and] understanding the context.”

One organization doing the work of educating on the history and context of antisemitism is the USC Shoah Foundation, which collects and shares testimonies of Holocaust survivors.

“The rising antisemitism we’re seeing today is better understood by understanding the antisemitism that led to events like the Holocaust,” said Dr. Kori Street, the Interim Executive Director of the USC Shoah Foundation. “The purpose of education is really to open your mind to other perspectives that are different than your own.” 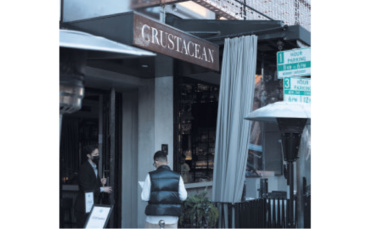 Crustacean, the high-end seafood restaurant on North Bedford Drive, experienced a burglary in the early morning of Jan. 2, according to the Beverly Hills Police Department. 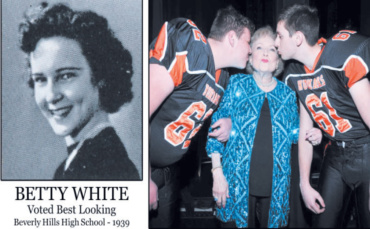