The Beverly Hills City Council received a one-year update on the mixed-use ordinance in its Jan. 4 Regular Meeting. The update revealed that in the year since its passage, the city has received zero applications taking advantage of the new law, which allows for combination residential and commercial uses in specific areas of the city.

But according to Director of Community Development Ryan Gohlich, this is not a surprise.

“There’s a lot that goes into anybody making a decision to build a mixed-use project — or any project for that matter. So, I think the lack of applications within the first year, to me at least, is not indicative of the long-term prospects of the mixed-use ordinance,” he told the Courier.

The city’s mixed-use regulations went into effect on Dec. 18, 2020, after the City Council passed the changes in November. The standards allow for residential properties above commercial spaces within specific commercially zoned areas of the city. Some of the applicable areas include Wilshire Boulevard between San Vicente Boulevard and Rexford Drive, La Cienega Boulevard, and Robertson Boulevard.

Gohlich explained that the development process — mixed-use or single-use — is naturally a bit ponderous.

“If…we’re sitting here two years out from the mixed-use ordinance and we still haven’t had anybody file applications, then I think we at least have a conversation about whether we think there are things that need to be revisited.”

Even after applications begin to come in, it will take more time before the blueprints jump from the page and onto the pavement. “When you look at projects that have been entitled in the past, within the city or any city, even when somebody gets approvals, it’s often a number of years before they actually start construction on it,” he said.

The ordinance elicited strong opinions among both opponents and advocates. Councilmember John Mirisch, the only no vote against the ordinance, described it as a “form of corporate welfare.”

“We are creating additional wealth for developers, to which they had no expectation when they purchased their properties, without any additional public benefits,” he said in casting his vote at a Nov. 10 meeting.

But supporters of the ordinance pointed to the looming threat of the Housing Element, a state-mandated component of the city’s General Plan that considers the housing needs of the community and anticipates how that need will change over the next eight years.

At the center of the Housing Element is the Regional Housing Needs Assessment (RHNA) number, the number of units the city will need to plan for to account for shifting populations. While not a development mandate, the RHNA number requires that the city’s policies enable creation of enough units to meet its goal.

Put another way, “we can do things with our laws to help facilitate development, but we can’t force people to build,” Gohlich said.

In the prior Housing Element cycle, Sacramento set the city’s RHNA allotment at three units. But with a housing crisis raging in the Golden State and years of unmet built-up demand, the state calculated a significantly higher number of units for the current cycle. Beverly Hills’ share came out to over 3,000.

With virtually no undeveloped land in Beverly Hills, folding residential space into commercial space became one of the city’s most viable options for meeting its RHNA obligation, according to supporters of the mixed-use ordinance. In the Housing Element, mixed-use accounts for the vast majority of the 8,500 units accommodated under current zoning rules.

City staff have hedged their bets about whether this strategy will pass muster with the State Department of Housing and Community Development (HCD), which evaluates and certifies Housing Elements in the state. Principal Planner Timothea Tway previously told the City Council that key differences existed between this Housing Element cycle and previous ones.

“There’s much more scrutiny [by HCD]. The RHNA number is much higher. We’re relying on our mixed-use ordinance, so we are speculating on what that will look like in the future,” she said.

Gohlich says that the city expects to get word from HCD on the approval status of its Housing Element within a week. If the city does not receive certification, it will have to respond to HCD’s comments and return a revised Housing Element. 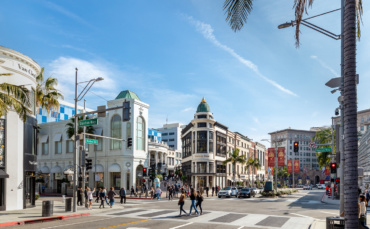 New State Laws: What They Mean for Beverly Hills 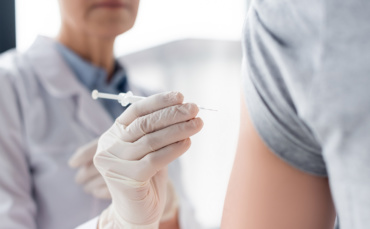 “As we approach the new year, with the staggering reality that over 27,000 LA County residents have lost their lives to COVID-19, we extend our thoughts and prayers to those who have lost their loved ones,” Director of Public Health Dr. Barbara Ferrer said in a statement.