One of the city’s oldest public safety programs has run into tension with one of the city’s newest. In a Jan. 18 City Council hearing, representatives from Just In Case BH expressed frustration with local Neighborhood Watch branches, saying that residents are confused by the apparent similarities in the two programs.

Just In Case BH is a neighborhood-based emergency preparedness program proposed by Vice Mayor Lili Bosse in 2020. It seeks to bring together residents, businesses, and city agencies in the event of city-wide disasters.

The program relies on volunteer participation from members of the community who undergo emergency response training and serve as conduits of information during crises. The program splits the city up into nine geographic zones, each with an emergency center in the event of a crisis. Each of the nine zones has a zone coordinator, who passes along information from the fire and police departments to block captains, who in turn disseminate the information to neighbors.

Just In Case BH has spent the last year walking through each zone and knocking on doors to inform residents and businesses about the program and encourage them to participate. The recent COVID-19 outbreak has paused the last few zone walks.

The National Neighborhood Watch Program, which began in 1972, enlists residents to communicate with law enforcement agencies about suspicious activity in their areas and disseminate information among community members. The Beverly Hills Police Department (BHPD) created the city’s first Neighborhood Watch program in the early 1980s. The city counted over 120 neighborhood blocks involved in the program by the early 2000s, according to a report compiled by staff.

Though BHPD started the first Neighborhood Watch program in the city, Police Chief Mark Stainbrook described it as “decentralized and informal,” where any neighborhood could join the program of its own accord.

The last BHPD officer tasked with coordinating with Neighborhood Watch groups retired in 2019, and the COVID-19 pandemic delayed selection of a new Community Relations Sergeant until December 2021. Stainbrook said that he looked forward to “reenergizing [and] reviving the program.”

But according to members of Just In Case BH, the similar structures of the two programs could potentially confuse residents during times of emergency.

“We have now hit a major stumbling block where there’s a possibility that Neighborhood Watch were to separate from Just In Case BH,” said Just In Case BH Founder Vera Markowitz. “The problem is that both programs would have separate block captains in many areas. During an emergency, residents as well as block captains in the Neighborhood Watch Program will be confused as to what to do, who to contact, and who to listen to. We must have only one umbrella emergency preparedness program for residents and businesses to be a part of and participate in.”

“They…see Just In Case BH and Neighborhood Watch as two competing programs. They generally feel that they can join only one,” she told the Council.

Both Negar and Markowitz argued that Just In Case BH should function as the primary emergency preparedness program.

“Neighborhood Watch only covers a small portion of our city. Just In Case BH covers the entire city and its entire population,” Markowitz said.

City officials, however, focused on ways in which the two programs could function in tandem and differentiated between the mandates of either program.

Stainbrook explained that BHPD offers Neighborhood Watch participants classes on crime prevention, home security, and reporting suspicious activity. Neighborhood Watch members do not receive the same level of training for “how to respond to a disaster.”

Stainbrook dismissed concerns that having block captains in both programs could lead to confusion. It didn’t matter whether someone became a block captain with either program “because that just allows my staff to reach out to that many more people,” he said.

“I see these things as synergistic,” said Councilmember Julian Gold. “They overlap some, but their major focus is a little different.” 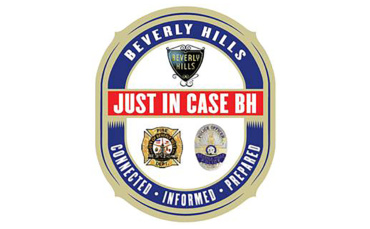 One of the major aspects of the program is the division of the city into geographic zones, with each zone designed to be able to support itself during times of emergency or disaster. 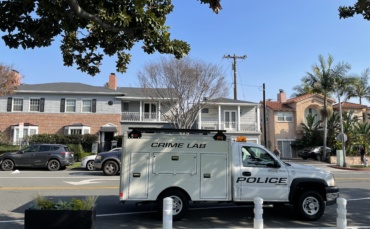