The Beverly Hills Police Department (BHPD) has been conducting a pilot program testing the use of drones to assist with policing the Business Triangle. The initiative is among a handful of actions promoted by new Police Chief Mark Stainbrook, and according to the department, it has been a success.

“It’s just another set of eyes and ears out there and gives us the ability to get over calls very quickly,” Stainbrook told the Courier.

Stainbrook announced the program at a community forum in December, with the first test run taking place on Dec. 10 “in support of patrol operations.” While Stainbrook laid out a vision of “seven days a week, 24-hour coverage,” the pilot program currently makes the drone available Saturdays through Tuesdays, 40 hours a week. The BHPD examined crime trends around the Business Triangle in choosing those days, said BHPD Public Information Officer Lt. Giovanni Trejo.

While Stainbrook characterized the program’s early results as a success, he added that it still needed work. “We’re still working through technical issues,” he said.

The drones are operated by a two-person team that launches the craft from a parking lot roof to minimize the signal interference from buildings. The drones can fly within a range of three to five miles for 25 minutes before they must return to base for a new battery. The drones are outfitted with cameras capable of taking still images and recording video.

The city has contracted with the drone operator Flying Lion, one of the few companies to work exclusively with law enforcement, Stainbrook said.

Stainbrook and Trejo pointed to two cases in which the drone program has already played an integral role in law enforcement.

On Jan. 23, BHPD responded to a call of petty theft at the Rite Aid on Canon Drive. The suspect had fled the scene, and the operators launched the drone.

“The suspect was literally one block over west,” Trejo said, “and he was found on top of a parking structure on Crescent. Had it not been for the drone, the ground units would have never seen this suspect hiding up in the parking structure.”

The following day, immediately after launching the drone on top of the Santa Monica Boulevard parking structures for a routine patrol, operators “saw a male in a nearby alley who suddenly stepped onto private property very near the garage door” of a house, Trejo said.

The operators zoomed in on the male and observed him “hiding from public view to smoke what appeared to be a meth pipe.” The operators directed officers to the location where they arrested the individual.

Trejo said that the two examples demonstrated proactive and reactive uses of the drone. “We have reasons to continue to justify the use of the drone program in the manner in which we’ve used it so far. That is, crime prevention and apprehension of suspects who are wanted for a crime that has occurred.”

“The prospect of cheap, small, portable flying video surveillance machines threatens to eradicate existing practical limits on aerial monitoring and allow for pervasive surveillance, police fishing expeditions, and abusive use of these tools in a way that could eventually eliminate the privacy Americans have traditionally enjoyed in their movements and activities,” American Civil Liberties Union said in a 2011 report that anticipated the increasing role of drone technology in law enforcement.

According to the Atlas of Surveillance, a joint project of Electronic Frontier Foundation and the University of Nevada, at least 1,181 police departments in the United States are using drones.

Trejo defended the privacy precautions taken by the city. The pilot program currently focuses on the Business Triangle, minimizing potential interactions with private property. He added that the drones “don’t fly specifically over a house or over a residence for the purpose of just monitoring what is in the residence, either in the backyard or on top of the roof.”

Inclement weather paired with COVID-19 staffing shortages prevented the department from launching drones for large parts of the last month, prompting BHPD to extend the pilot another month to collect more data before evaluating the program. Even after more data comes in, though, Stainbrook says he is in no rush to scramble the drones.

He acknowledged that the department has to figure out the best use of the drones in the context of the other tools at BHPD’s disposal. “The challenge is how do we blend it into all the other technology we have with the [CCTV] cameras and the license plate readers? How do we use all that in a coordinated way?”

The department currently has enough funding to run the pilot program through the end of the fiscal year. Once BHPD has a concrete proposal for an extended drone program, it will present its request to the City Council for additional resources. 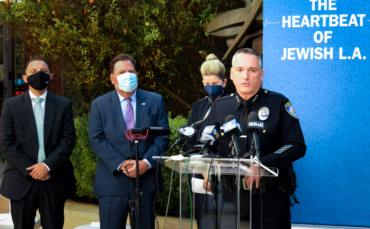 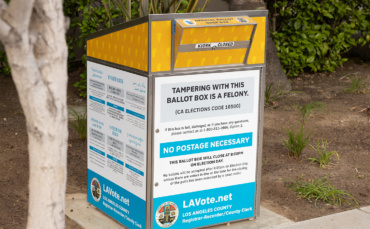