Bloom began his political career in the Santa Monica City Council, spending more than a decade on the governing body.

California State Assemblyman Richard Bloom has dropped out of the race for Los Angeles County Board of Supervisors. Bloom represents District 50, which includes Beverly Hills, West Hollywood, Santa Monica, the Pacific Palisades, and Malibu. In announcing his move, Bloom said he would “focus on serving my constituents for the remainder of my final term in the State Assembly.”

“I am very proud of the campaign we ran, and I am grateful to everyone who helped to build it,” Bloom said in a statement. “I believe that the future of Los Angeles County is bright, and that our communities can and will solve the challenges we face. I am as committed as ever to working for that future, but I am going to take some time to decide how I can best be of service to our neighborhoods.”

Bloom began his political career in the Santa Monica City Council, spending more than a decade on the governing body. He then joined the Assembly in 2012, where he has fought for a number of environmental protection measures. He is currently serving his final term in office.

Bloom had hoped to take over for outgoing Supervisor Sheila Kuehl, who has represented District 3 on the Board of Supervisors since 2014. District 3 stretches from Santa Monica and the Westside to Agoura Hills, the San Fernando Valley, Beverly Hills, and Hollywood. 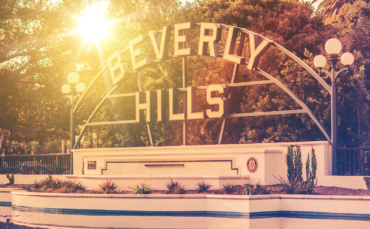 “Supervisor Kuehl has been and will continue to be a champion of progress on the Board of Supervisors. Her impact has been profound and her legacy as a State Legislator and Supervisor will bring benefits long into the future,” Bloom said.

"The voters of LA County agreed and voted overwhelmingly to embrace reform,” she said, characterizing the recall as an effort to “undermine the will of the voters.”