“We thought, let’s don’t bring our wares — let’s make a big statement,” said McLeod. “This is one of the last great monumental sculptures in the Chris Burden estate.”

Frieze Los Angeles 2022 took place in Beverly Hills Feb. 17-20, drawing an estimated 35,000 visitors, from art collectors and art lovers to galleries and artists. This marks the first time the international art exhibition series has been hosted in the city.

With more than 100 exhibitors from around the world, the Frieze organization began setting up its signature large-scale tent in January, converting a vacant lot near the Beverly Hilton into a fully equipped exhibition hall.

With everything from large-scale sculptures to small watercolors and digital art, the exhibition hosted work from internationally renowned and emerging artists alike.

The Gagosian gallery’s booth drew many onlookers at Frieze with the presentation of the 2010 sculpture, “Dreamer’s Folly,” by the late Chris Burden. Burden, who died in 2015, is famed for his monumental architectural sculptures, including “Urban Light,” the cluster of vintage streetlamps outside Los Angeles County Museum of Art. 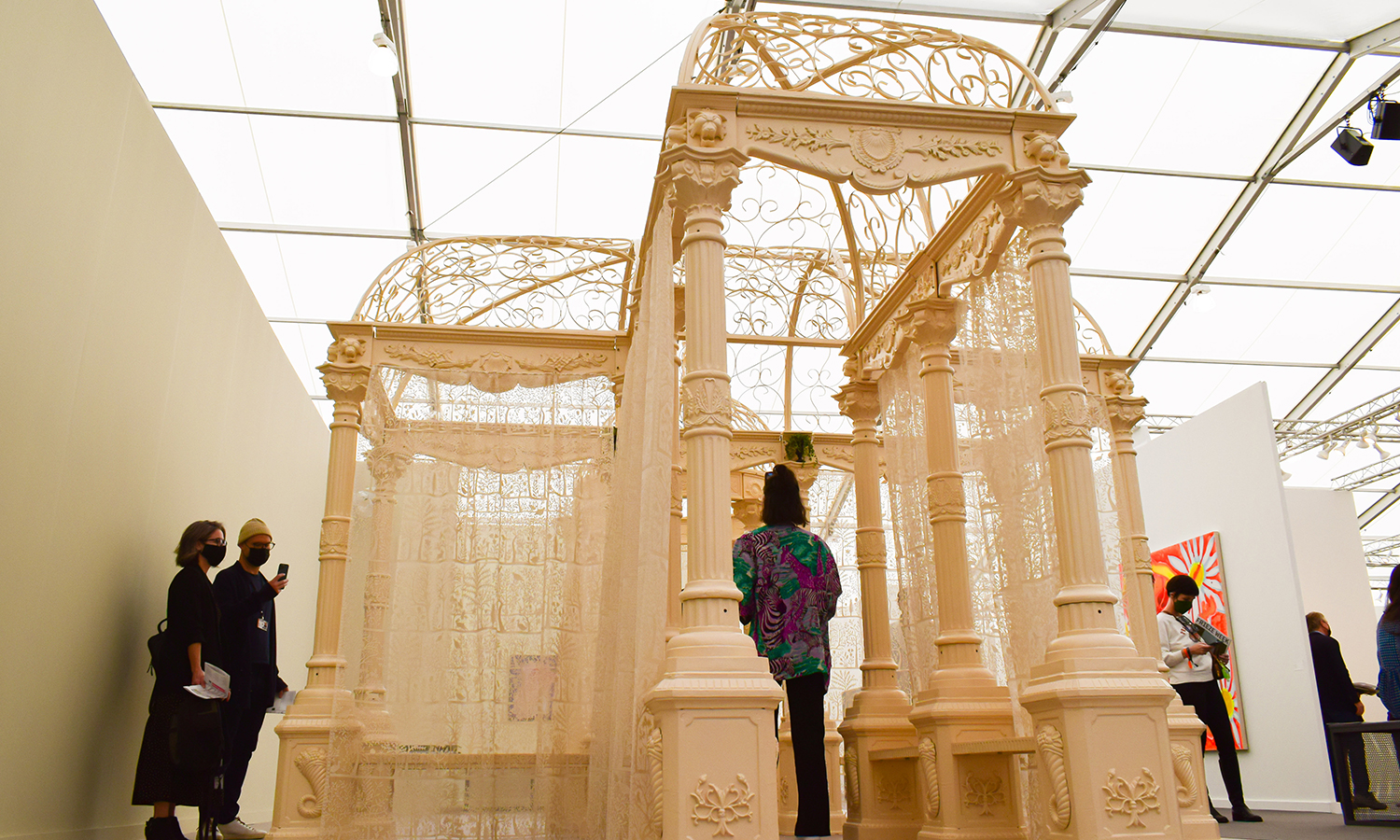 “We thought, let’s don’t bring our wares — let’s make a big statement,” said McLeod. “This is one of the last great monumental sculptures in the Chris Burden estate.”

Gagosian reported to the Courier that the Burden sculpture was sold on the first day of the exhibition to an “important European institution.” Gallery staff said they are keeping the details of the sale private for the time being.

In addition to the paid fair happening inside the big Frieze tent, the city of Beverly Hills and the Arts and Culture Commission collaborated with Frieze to bring several free pop-up installations to the city, including a William Wegman installation that opened Feb. 16 as a storefront activation at the new Saks Fifth Avenue space. The installation will be on display through March 30.

The city also offered community programs like guided Art Walk tours during Frieze Week in Beverly Hills. Tours explored a handful of sculptures from the nearly 100 pieces in the city’s Fine Art Collection, according to Director of the Beverly Hills Community Services Department Jenny Rogers.

“We are absolutely thrilled to have the renowned Frieze art fair in the city of Beverly Hills,” Rogers told the Courier in an email. “Not only is it great for our businesses and restaurants, but it’s a magnificent opportunity for the city to showcase and celebrate art and artmaking locally.”

Frieze representatives did not immediately respond to requests for comment, but in an October meeting of the Beverly Hills City Council, organizers said it is possible the traditionally LA-hosted fair may return to Beverly Hills. However, the vacant lot in which it was hosted will not stay vacant long as it is slated to be the site of the future One Beverly Hills project.

As COVID-19 related hospitalizations rose in December and ongoing supply chain challenges disrupted the shipping industry, there was some doubt this winter as to whether the fair would be able to open. A sculpture installation planned for Beverly Gardens Park, called Frieze Sculpture Beverly Hills, was canceled due to supply chain issues and planned dance performances at Greystone Mansion and Gardens were canceled due to COVID-19 concerns. But recent weeks have seen sharp declines in case rates and hospitalizations. Local hotels saw a spike in room bookings for the weekend as the fair drew near.

Other programs at the fair included Focus LA, BIPOC Exchange, the Frieze Impact Prize and the Frieze Viewing Room. The Focus LA exhibit spotlighted emerging galleries from the LA area that have been open 15 years or less. The BIPOC Exchange was a communal art space hosted at the Beverly Hilton, bringing together BIPOC-led organizations from across LA. The Frieze Impact Prize recognizes artists whose work contributes to the “movement to end mass incarceration” in the U.S. The Frieze Viewing Room was a free digital exhibition featuring work from more than 100 artists. It was open Feb. 15-20. 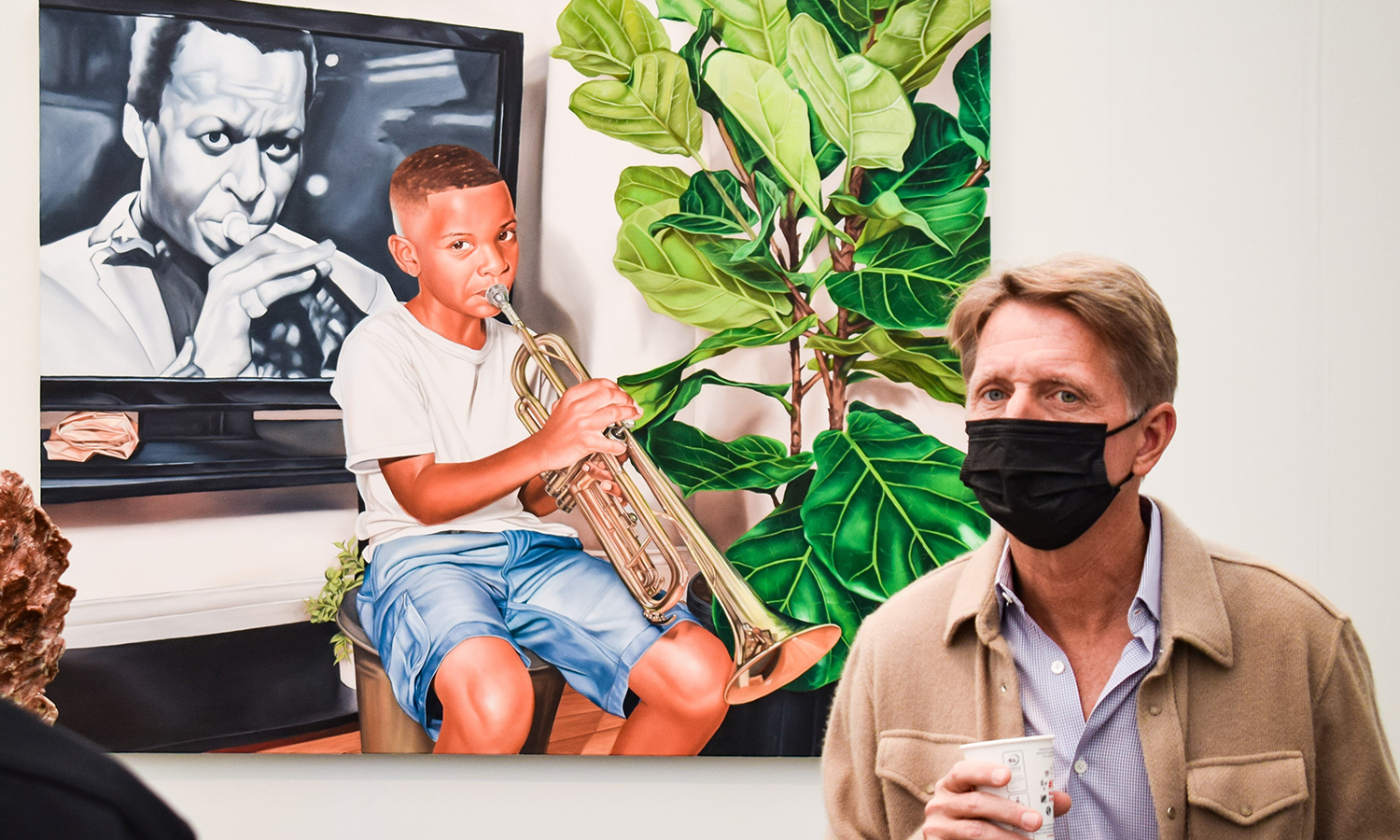 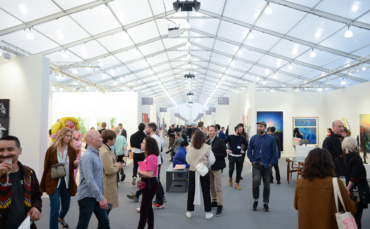 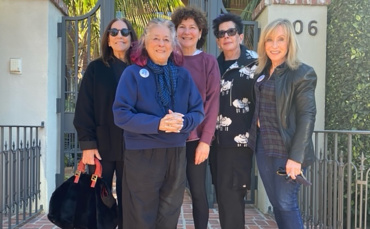 The immeasurable influence of Beverly Hills’ own Joan Agajanian Quinn and her late husband Jack on the artistic landscape of Southern California is the subject of a featured exhibition at the Bakersfield Museum of Art. 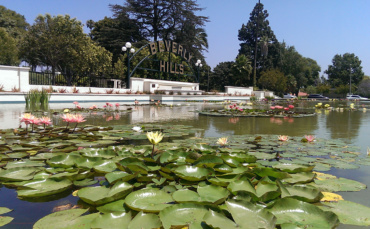 From Feb. 17 to Feb. 20, the City of Beverly Hills in partnership with the Arts and Culture Commission will offer free guided tours of the city’s Art Walk led by expert docents.