On April 7, the Holocaust Museum LA announced that the S. Mark Taper Foundation awarded the museum $1.5 million to support its expansion, which will double its existing footprint in Pan Pacific Park. The development will allow for increased visitor capacity, more educational programs, a larger range of community and cultural events, and new technology to preserve testimonies given by Holocaust survivors.

The grant money from the foundation is earmarked for the construction of a new theater on the Jona Goldrich Campus, which will be named the S. Mark Taper Foundation Theater. The theater will have 200 seats to house larger audiences for events such as Holocaust survivor talks, concerts, and lectures.

“Ten years from now, most Holocaust survivors will be gone,” Amelia Taper Bolker, Vice President of the S. Mark Taper Foundation, said. “The Foundation is proud to partner with Holocaust Museum LA to build a space where visitors, now and into the future, can learn from survivors’ important legacies. The intensifying war in Ukraine and refugee crisis reinforce the significant and continuing need for Holocaust education.”

In addition to the theater, the new campus will include outdoor reflective spaces, large galleries and classrooms, a new pavilion to house an authentic Nazi-era boxcar and a theater dedicated for USC Shoah Foundation’s “Dimensions in Testimony” exhibit, where visitors can have the chance to have a virtual conversation with a Holocaust survivor using holographic capture and voice recognition software.

The museum’s expansion project campaign “Building Truth” hopes to secure $45 million in funding. With the grant from the S. Mark Taper Foundation, the project is expected to break ground this summer, and the expanded campus will be open by summer of 2024. By 2030, the museum hopes to reach 500,000 annual visitors.

“The S. Mark Taper Foundation was a lead donor in the construction of the Museum’s permanent home in Pan Pacific Park in 2010 and we are exceptionally grateful for their continued support of our efforts to ensure ‘never again’ becomes a reality, as we are seeing history repeat itself,” said Beth Kean, CEO of the Holocaust Museum LA. “As a prominent grant maker in the Southern California philanthropic community, this new generous grant from the Foundation highlights the importance of multiplying our critical work to empower future generations to stand up against antisemitism, hatred, and bigotry. The Taper name is synonymous with the cultural landscape of Los Angeles, and we are thrilled to have it grace our new theater.” 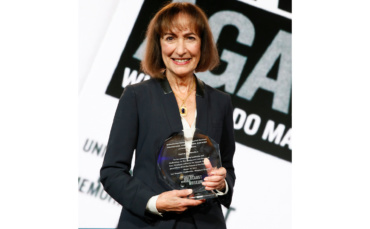 The United States Holocaust Memorial Museum honored Jane Jelenko of Los Angeles with its National Leadership Award for her contributions to preserving Holocaust history and for rallying against antisemitism, genocide and Holocaust denial on March 30 at The Beverly Hilton Hotel. 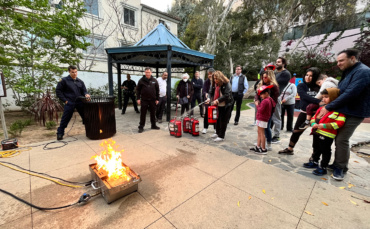 The training took place at Arnaz mini-park and gave neighbors the chance to put out a small fire, and learn how to properly use a fire extinguisher. 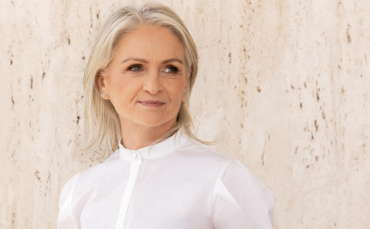 Gretchen Pace Appointed to The Wallis Board of Directors

Pace has more than 23 years of luxury retail experience, including seven at Neiman Marcus Beverly Hills and Topanga.