Each application is for a single school site. Regardless of how many applications are submitted across the state, everyone must get one of their applications funded before another can go back to get funding for multiple applications.

On the heels of Spring Break, the Beverly Hills Unified School District (BHUSD) Board of Education met on April 26 with a diverse agenda. The board heard updates regarding the districtwide COVID-19 testing program, approved the appointment of Raphael Guzman as Assistant Superintendent of Business Services and Sandi Tsosie as Director of Technology Services, authorized staff to apply for state funds from the Preschool, Transitional Kindergarten (TK) and full-day Kindergarten Facility Grant Program, and approved a resolution ordering a Governing Board Member Election to be held on Nov. 8, 2022. Terms for Board Members Rachelle Marcus and Gabriel Halimi, who were appointed last November to fill the vacant seat previously occupied by Tristen Walker-Shuman, are set to expire in December of 2022. Both Marcus and Halimi indicated they will not run for reelection.

The meeting began with a spotlight on Hawthorne Elementary School fifth grade students Enzo Jadidolahi, Mila Fekri, Riley Metcalfe, and Chloe Kaveh who presented on The Butterfly Project, an initiative that educates children on the horrors of the Holocaust. The program is led by special education teacher Liat Canes.

Fifth graders watched the award-winning movie, “The Last Butterfly,” listened to stories of children who survived the Holocaust and created their own butterflies from clay to represent the 1.5 million children who were killed. The butterflies will be placed on the newly painted mural in front of the herb garden at Hawthorne. The students presented to the board lessons learned since The Butterfly Project kicked off on Jan. 27, International Holocaust Day.

“Our vision is for each fifth-grade year to add to the legacy by creating a butterfly on the butterfly wall,” Canes said.

With the passing of Assembly Bill AB 22, access to full-day of TK will be extended to all 4-year-olds in California at no cost to families by the 2025-26 school year. In preparation for what will effectively be another grade level by 2025, the district is seeking funds from the California Preschool, Transitional Kindergarten and full-day Kindergarten Facility Grant Program.

“This first application round is open in April of this year and there will be a second one April of next year,” Rob Murray, Director of Demographics and Planning at King Consulting, said at the meeting. “But again, pending this resolution, you will be set to go to put in an application for this funding in the current year.”

Each application is for a single school site. Regardless of how many applications are submitted across the state, everyone must get one of their applications funded before another can go back to get funding for multiple applications. BHUSD is looking to fund three school sites: El Rodeo, Hawthorne, and Horace Mann Elementary School. The funds will go towards adding specialty classrooms with special dimensions specifically for TK and Kindergarten kids. According to Murray, the state is requiring that classrooms be no less than 1350 square feet, including a dedicated restroom.

“There’s just a lot of benefit that comes from having the structure of these classrooms,” Murray added. “And especially with the increased number of these students coming in, it’s at least helpful that there is some funding that the state is making available.”

In his Superintendent report, Dr. Michael Bregy provided the board with an update on COVID-19 at the district. After Winter Break, 293 positive COVID-19 cases were reported at BHUSD the week of Jan. 9. After Spring Break, the week of April 17, 17 positive cases were reported in the district. As of April 27, the district is reporting nine positive cases among students, and one among staff. While the district’s positive case numbers have drastically decreased since January, cases have almost doubled from early March, when that number was four. With the new dominant BA.2 subvariant and increased gatherings over the Spring Break, the Los Angeles County Department of Public Health (Public Health) reported an increase in K-12 student positivity in an April 27 release.

Despite the uptick in cases at BHUSD and nearby schools, the district concluded its weekly PCR COVID-19 testing program on April 22, which had tested all unvaccinated students and a random selection of vaccinated students.

“We are holding our own and doing a really good job of mitigating the spread,” Bregy said. “To have nine during this time, we feel really good about. Some of the mitigation efforts that are ongoing, that have become consistent practices, are things that we’re continuing to do, and those things are working for us.”

The district will continue to offer daily COVID-19 Rapid Antigen testing for all symptomatic and non-symptomatic staff and students at all BHUSD school sites from 7:30 a.m. to 4:30 p.m. through the end of the school year. “We have had a decrease in the need and demand for our testing, but we still have it available,” Bregy said. “So, we’re looking at returning to the pre-Omicron rush to where we have a rotating cycle.” Bregy indicated that the previous rotating testing program, where rapid testing will be available on different school campuses for students and staff depending on the day, will be reinstated next year. However, Rapid Antigen testing will still be available every day at the district office.

With the retirement of Assistant Superintendent of Business Services, Wade Roach, and the Director of Information Technology Services, David Damico, the board welcomed two new hires: Raphael Guzman and Sandi Tsosie.

Guzman, with over thirteen years of experience in school district finance, will take over Roach’s job. Previously, he served as the Chief Business Official of Inglewood Unified School District, during which time he achieved many positive financial certifications, settled collective bargaining agreements, facilitated the implementation of a new bond measure, and helped the advancement of several construction and facilities projects.

Tsosie, with awards from the California Industrial and Technology Education Association and the International Technology and Engineering Educators Association, will assume Damico’s position. Tsosie spent the first 12 years of her career at the Hermosa Beach City School District, with experience as a Career and Technical Education Instructor, Title I and Intervention Coordinator, Student Council Advisor, Detention Coordinator, and Girls’ Basketball Coach.

The next Board of Education will be held on May 10 at 5 p.m. 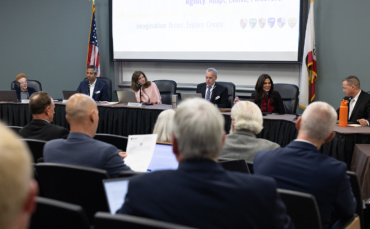 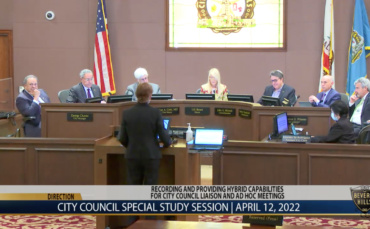 The discussion turned to the final two topics: Mayor Lili Bosse’s request for an update on the creation of a public health department for the City of Beverly Hills and the recording and providing of hybrid broadcast-online capabilities for Council liaison and ad hoc meetings, as in-person meetings have resumed. 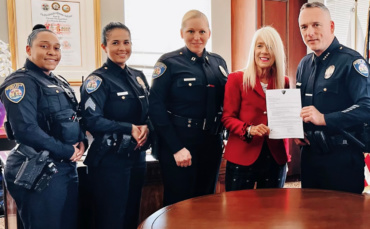