Walls, fences, and hedges in the central area of Beverly Hills may soon be much taller, in what the city’s police chief calls a possible crime deterrent.

In fact, the meeting sailed past the threehour mark, as two Commissioners – Theresa Kaplan and Jeff Wolfe – partook in their first session, replacing Andy Licht and Thomas Hudnut.

“This was great fun,” Kaplan declared upon meeting’s end.

Under the maximum allowable height legislation, walls that could once be 10 feet high may now extend to 16 feet. Fences are able to be built up to 16 feet from 10 feet. Hedges may double in height from 8 feet to 16 feet.

The measure only applies to side and rear yards. It is for both single-family and multifamily residences. The city’s Trousdale and Hillside areas are excepted from the plan.

The ordinance is “in the best interest due to safety,” said Planning Chair Myra Demeter, a view echoed by other commissioners.

“Loathe as I am to say this, build the wall,” quipped Vice Chair Gary Ross.

Wolfe, meanwhile, gave the hypothetical of a burglar climbing into a property, stating, “The ability to reach out and climb up a 16-foot wall or fence seems more difficult.”

“We do think it could have some effect,” Stainbrook offered. “The more you can do to make a target harder for the criminal to enter, the better.”

The police chief hedged on hedges, which may be more penetrable than a wall or fence.

“I sort of don’t have an opinion on the hedge,” Stainbrook said.

The commission approved a new retail shop at 9661 Brighton Way despite questions of who the applicant was and what the business is for.

On the agenda: A proposed “cosmetic spa” from Sonny Henty that is to be called Eterne by ProTorc.

However, Ben Talei, a doctor at the Beverly Hills Center for Plastic Surgery, testified on behalf of the project while accompanied by Henty’s wife, Andrea Henty.

Talei explained the spa is his project. Sonny and Andrea Henty help manage his business operations, he told commissioners, and put in the application because of “time constraints” on his end.

The “main focus” is “people who have caffeine addictions, have trouble sleeping, and other issues.”

The business will conduct intakes for “why people are tired.” It will also offer “some off menu beauty stuff,” Talei said.

“There is a great cry for this type of business here,” Demeter said.

Can a real estate project first proposed back in 2016 be grandfathered out of a city ordinance that became law in 2018?

That was the crux of a voluminous debate on the planned 13,200-square-foot home at 1510 Lexington Road. The developer is Lexington Prime Estate, LLC, a business operated by prolific Los Angeles real estate investor David Taban, according to state records.

To build the two-story residence, the developer has sought to cut down 10 trees and build an 8,134-square-foot basement. At issue is the basement, which commission members pointed out exceeds current day size restrictions.

Commissioners were not sure if the current proposal was “substantially similar” to the one made six years ago. Ultimately, the panel tabled the project until the next commission meeting on Aug. 11 – much to the consternation of Lexington Prime Estate representative Russell Linch.

“You could just print out all the old documents,” Linch said, arguing the matter could be settled today.

It is “very frustrating,” added Linch, a former project representative for other high-profile developers including Mohamed Hadid. “This feels wrong.”

The commission also moved to make permanent “an urgency ordinance” first introduced in November 2020 that “Allows the conversion of existing commercial spaces to medical space” upon meeting certain criteria. 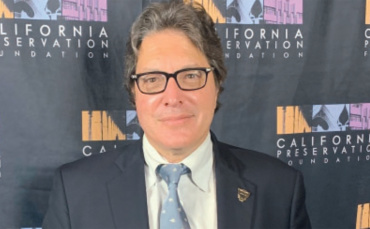