On July 9, the Arts and Culture Commission held its regular meeting to review the potential artist selection guidelines for future events. The Commission also finalized the ad hoc committees and roles for the upcoming year.

On July 9, the Arts and Culture Commission held its regular meeting to review the potential artist selection guidelines for future events. The Commission also finalized the ad hoc committees and roles for the upcoming year.

The artists selected will be tasked with contributing to a variety of programming throughout the city and the Commission is setting an official framework for how exactly the artists get chosen. The process is competitive and managed by the Arts and Culture Division staff, as well as a panel formed specifically for artist selection. The panel consists of a minimum of three voting members with artistic backgrounds.

Artist criteria and requirements vary from project to project, with some demanding a Beverly Hills artist, while others are open to international submissions.

“Our new ad hocs are supposed to reflect a transition of fine arts, commissioning of arts, and culture commissions,” Vice Chair Filipovich said. “But also, to represent the new talent and skills that each of the commissioners of this particular commission brings.”

The Commission was then updated on the maintenance of Kusama’s “Hymn of Life” piece. Although the statue is already being worked on, the staff is not sure whether or not it will be ready by the end of the year, due to the extensive painting process the piece demands. “What I know is that, at the end of this, we will have a beautiful Kusama installed in the city that will be the envy of the world,” Director of Community Services Jenny Rogers said. “It’s going to be something that people from all corners of the planet will want to come to Beverly Hills to see. My hope is that this will be possible by the holidays.” If not, the rearrival of the statute should be expected early in the new year.

The meeting concluded on a celebratory note as the Concerts on Canon Summer season comes to an end. “The concerts this season have been highly attended,” said Senior Recreation Supervisor Paul Paolone. “A lot of members of the community are coming out to see these concerts, so we are very pleased with the success we have had with this season.” There are three concerts left with performances from the Fabulous Yachtsman, the Susie Hansen Latin Band and Wimoweh.

At the beginning of the meeting, the commission offered a warm welcome to Chief Mark Stainbrook. “I’ve been in this city since ‘71 and I’ve always felt safe,” said Commissioner Gordy Bristol. “But having you here has taken that to a much higher level.” 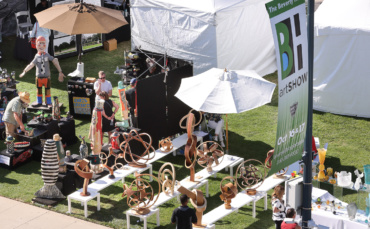 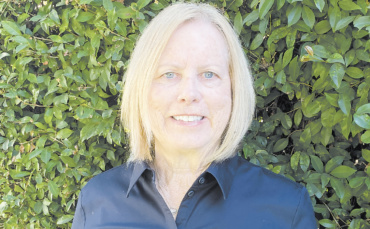