At its Sept. 15 meeting, the Human Relations Commission selected the recipient of its Embrace Civility Award. The commission also heard updates on a variety of programs throughout the city, including Mental Health Awareness, Homelessness, and Diversity, Equity and Inclusion initiatives.

At its Sept. 15 meeting, the Human Relations Commission selected the recipient of its Embrace Civility Award. The commission also heard updates on a variety of programs throughout the city, including Mental Health Awareness, Homelessness, and Diversity, Equity and Inclusion initiatives.

The Embrace Civility Award is an achievement awarded to an individual or group that acts as a role model of positive behavior and has a high regard for the well-being of their community. The commission selected the still unnamed candidate for his active and continuous efforts to better the community. “He gives and donates an incredible amount of time and resources and is uber involved in the city,” said Commission Vice Chair Laura Margo.

Commission Chair Noelle Freeman voted for the candidate because of his uplifting presence throughout the city. “His work spans over decades and it feels like he needs to be honored in our community as someone who is a representative of civility, kindness and love for Beverly Hills,” said Freeman.

The recipient will be honored and publicly recognized at an October City Council meeting.

The award is given as a part of Embrace Civility Month, which is October. Throughout the month, the commission will promote good camaraderie through events, banners and posters. The commission will also be accepting donations for four different charities at the Oct. 23 Farmer’s Market. The participating charities have yet to be announced.

The commission also heard from the National Alliance on Mental Illness (NAMI) Westside Los Angeles Co-President Dorit Haroni and Resource Organizer Debbie Brazil as part of the Mental Health Awareness monthly agenda item. NAMI is an organization that commits itself to advocating for, educating and supporting all individuals affected by mental illness. Haroni shared her family’s own experiences struggling with mental health and why the issue has a strong significance this month. (September is Suicide Prevention Awareness Month.) Brazil presented the commission with all of the resources NAMI offers to support positive mental health, like family-to-family support groups, counseling, classes and community office hours.

After the presentation from NAMI, the commission received updates on projects combating homelessness. Jill Kline, Field Deputy of Los Angeles City Councilmember Paul Koretz of District 5, discussed how cities are working together against homelessness and gave updates on some areas of concern in Beverly Hills. As early as next week, a new amendment to Los Angeles anti-camping laws will go into effect. The anti-camping law designates specific areas where sheltering is prohibited, and the amendment will ban setting up shelters within 500 feet of any school or licensed daycare. The City of Los Angeles is currently providing clean-up and the Los Angeles Police Department will monitor encampments on the median along Burton Way. They are hoping to extend similar enforcements on the medians along San Vicente Boulevard as soon as they install the proper signage.

Continuing on the topic of homelessness, the commission then heard from Kevin Conner and Edwin Chavous from the Beverly Hills Outreach Team (BHOT). BHOT provides services to the houseless community, connecting them with family or the appropriate facility. At the commission meeting, Conner and Chavous gave updates on the work they are doing as part of the Home Again Program. As a part of the program that started earlier this year, BHOT has now provided eight family reunifications. “They are getting to go back home and start again,” said Conner. “That is the goal, to get the unhoused people here in the City of Beverly Hills back to where they can have a fresh start and be housed again.”

The commission concluded the meeting by exchanging celebratory statements in regard to the first installment in their Critical Conversations series on Aug 24. The Critical Conversations are a part of their ongoing Diversity, Equity and Inclusion Initiative, in which the commission prioritizes policies and programs that promote the representation of all cultures and groups of people. Donzaleigh Abernathy is an actress, author and civil rights activist and she was the series’ inaugural speaker. Abernathy grew up during the Civil Rights Movement and her father was Ralph David Abernathy, a close advisor of Martin Luther King Jr. In her speech, she touched on the experience she had being raised during such a tumultuous time in United States history.

“It was almost like being behind the scenes of the Civil Rights Movement,” said Interim Clinical Coordinator Enisha Clark. “Viewing it through the eyes and lens of a child, I think it really brought the community together.” 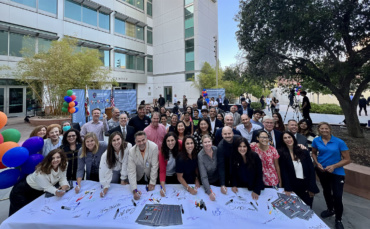 On Aug. 23, The Beverly Hills Unified School District (BHUSD) met with over 100 community members to sign the District’s first-ever Community Pledge and Civility Bylaw. The meeting started outside on the Beverly Hills High School campus, where BHUSD Board of Education President Mary Wells celebrated the induction of the new mission, vision and core values for the district. The Board then moved inside for its regular meeting, to discuss the revised Governance Handbook and Superintendent Michael Bregy’s report. 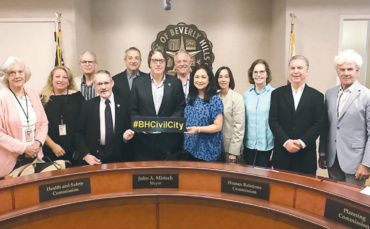 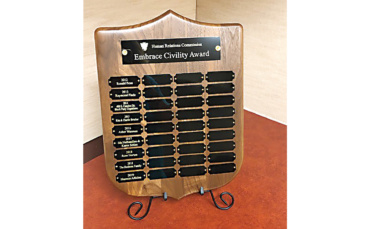 Nomination forms are available at www.beverlyhills.org/embracecivilityaward. Hard copies of the downloaded form may also be submitted by mail. All nominations must be received by September 4, 2020.