On Aug. 15, Ryan Fox held a ribbon-cutting for her 4th floor office at 433 North Camden Drive, a milestone for her real estate business, The Fox Group Enterprises, that featured attendees like Mayor Lili Bosse.

On Aug. 15, Ryan Fox held a ribbon cutting for her 4th floor office at 433 North Camden Drive, a milestone for her real estate business, The Fox Group Enterprises, that featured attendees like Mayor Lili Bosse.

Then, on Oct. 10, building owner StarPoint Properties reached a tentative agreement with Fox and the eight other 4th floor tenants in which the lessees will stay until the end of December.

But that agreement may unravel, according to James Sadigh — whose law offices are on the building’s 4th floor. Also, Sadigh said, even if an agreement is finalized, tenants may press on with a Los Angeles Superior Court lawsuit they filed in August against StarPoint.

Numerous messages left with StarPoint and its CEO Paul Daneshrad went unreturned. Josh Geller, a lawyer at Greenberg Glusker, who is representing StarPoint in litigation against the tenants, also did not return messages.

Daneshrad founded StarPoint in 1989. The company’s portfolio includes the Roxbury building at 9680 Wilshire Boulevard. On its website, StarPoint claims that it was able to “identify deficiencies in the previous owner’s operations of the asset,” and so “quickly renovated and upgraded common areas” at the Roxbury edifice.

StarPoint appeared to have a similar plan of action with 433 N. Camden Drive, which it purchased in 2018 for a reported $193 million. The structure is sometimes known as the Wells Fargo building for its first-floor tenant. StarPoint reimagined a 4th floor including an open-air lobby that emphasizes natural light and has sculpture gardens.

“I was told by StarPoint that they were going to make a beautiful balcony,” Sadigh said. “I was like, ‘Hey, fantastic, this place is going to be even nicer.’”

StarPoint began renovations in 2020. As construction dragged on, tenants began to complain about noise, dust, and their lack of access to bathroom and kitchen facilities that they said came with their lease agreement.

The construction produced open ceilings that may have asbestos, according to the complaint, plus cockroach infestations and the constant din of construction noise. Despite this, the lawsuit stated, tenants had continued to pay rent.

Eight days after the lawsuit was filed, an entity called Camden 4th Floor, LLC sent a “notice of termination of service license agreement” to each 4th floor tenant.

“It is with great sadness that we hereby inform you that the ownership of the building has decided to pursue a different direction as to the use of the 4th floor,” read the letter, provided to the Beverly Hills Courier from recipient tenants.

Tenants, though, refused to acknowledge the notice of termination, even taking the step to ask the City of Beverly Hills to intervene. That prompted StarPoint to file a cross-complaint in the case. The cross-complaint argues that StarPoint was within its rights to file 30-day or 60-day notices of termination. Tenants received “a valid termination notice” and are in breach of contract themselves for not vacating the premise, StarPoint alleged.

Moreover, StarPoint said in its cross-complaint that they have already leased the premises to a new tenant. Under that lease, StarPoint has “certain obligations to promptly begin improvements and renovations on the premises.” StarPoint’s filing does not specify its new tenant.

StarPoint would drop its cross-complaint if tenants leave, according to sources close to the dispute. However, tenants may continue with their lawsuit, as they seek damages for StarPoint allegedly interfering with their businesses.

The next scheduled hearing in the litigation is a case management conference on Jan. 18. 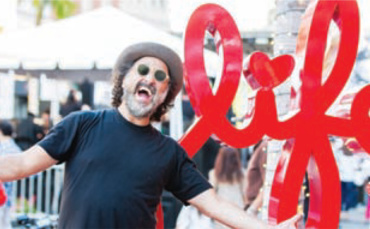