The Beverly Hills Community Development Department held a public forum and community discussion on Oct. 17 to further weigh options for the long-term use of the Gale Yard site, which is currently being used as a staging area for the construction of the Wilshire/La Cienega Purple Line Metro station.

The Beverly Hills Community Development Department held a public forum and community discussion on Oct. 17 to further weigh options for the long-term use of the Gale Yard site, which is currently being used as a staging area for the construction of the Wilshire/La Cienega Purple Line Metro station. The roughly half-acre lot is considered a key site in southeast Beverly Hills.

At the first public forum for the site held in May, City Planner Timothea Tway presented a small group of Beverly Hills residents and business owners with several development options for the lot and shared results from a survey of around 160 people, the majority of whom either live or work in Beverly Hills. The survey found that the most popular suggestions for use of the lot were a new retail space, public plaza, or police substation.

Roughly two dozen residents and business owners spent two hours at City Hall and on Zoom debating the best use for the site, which is located at the northwest corner of Wilshire Boulevard and Gale Drive. The lot is positioned near several popular destinations including the clock tower and the Academy Museum.

Monday’s meeting opened to public comments after a brief review of the conclusions reached earlier this year. Over a dozen participants joined virtually to offer ideas. Popular ideas included a new police station, along with more parking and a mixed-use shopping center. Several people at the meeting commented on the benefit of a stronger police presence after the new Metro station opens in 2024.

“We’re the farthest away from the police station,” said attendant John Luca, a Beverly Hills apartment owner. “If we’re going to keep densifying the area, it’s important to have a police presence.”

Beverly Hills High School teacher and School Board member Gabriel Halimi advocated for affordable housing, which would incentivize teachers to move to the area.

“You become a better custodian of the city when you live in the city,” Halimi said. “We’ll retain more teachers if we build housing they can afford.”

In addition to public comment, the meeting included a series of questions centered around what kinds of developments would benefit the surrounding community, which is a mix of residential and business buildings.

“I think a lot of the comments were positive,” said Sharon Persovski, a former member of the Beverly Hills Architectural Commission. “There were a lot of great comments on the police station, which is very important to have because once the Metro station is open, it will bring a lot of people to our city.”

Tiffany Davis, a local business owner who is also a member of the Next Beverly Hills Committee, supported a police station but ultimately wants the area to diversify the surrounding businesses.

“I think some restaurants, maybe even some shops or just little boutique sort of markets that are very affordable, so that it’s really accessible for younger people,” Davis said. “I would love to see some things that are appealing to younger generations.”

The findings of Monday’s discussion will be sent to the City Council to further deliberate.

For more information about the Gale Yard project, visit www.beverlyhills.org/galeyard. 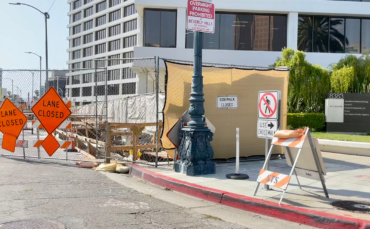 City staff presented findings from a survey in which the majority of 148 respondents indicated interest in seeing the space occupied by a new café, market, health food store, or a police substation. 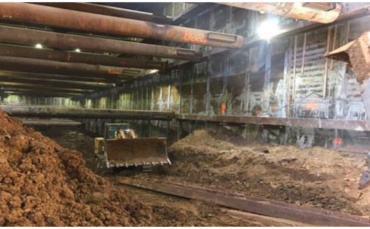