The tenth annual amfAR Gala Los Angeles at MILK drew celebrities and supporters Alan Cumming, Jennifer Jason Leigh, Lea Michele, Paris Jackson, and Eva Longoria. The event paid tribute to world-renowned art dealer Larry Gagosian and Academy Award winner, founder and CEO of goop, Gwyneth Paltrow, who were presented with amfAR’s Award of Courage in recognition of their commitment to charitable causes including the fight against AIDS. Paltrow commented, “I feel positive that in our lifetime the disease will be eradicated.” Featuring Perrier-Jouët Champagne and signature Absolut Elyx Vodka cocktails, plus food from Lucques, the black-tie dinner and auction benefit culminated in a special performance by Christina Aguilera. The event raised more than $1.6 million for amfAR’s lifesaving HIV/AIDS research programs.

Dan Bucatinsky and Don Roos presented Gwyneth Paltrow with the amfAR Award of Courage, speaking about “her capacity for love, and generosity, and courage” in all aspects of her life. In her acceptance speech, Gwyneth Paltrow shared her appreciation for receiving the honor, and said she will continue to strive to live with courage and to support causes that make the world a better place. 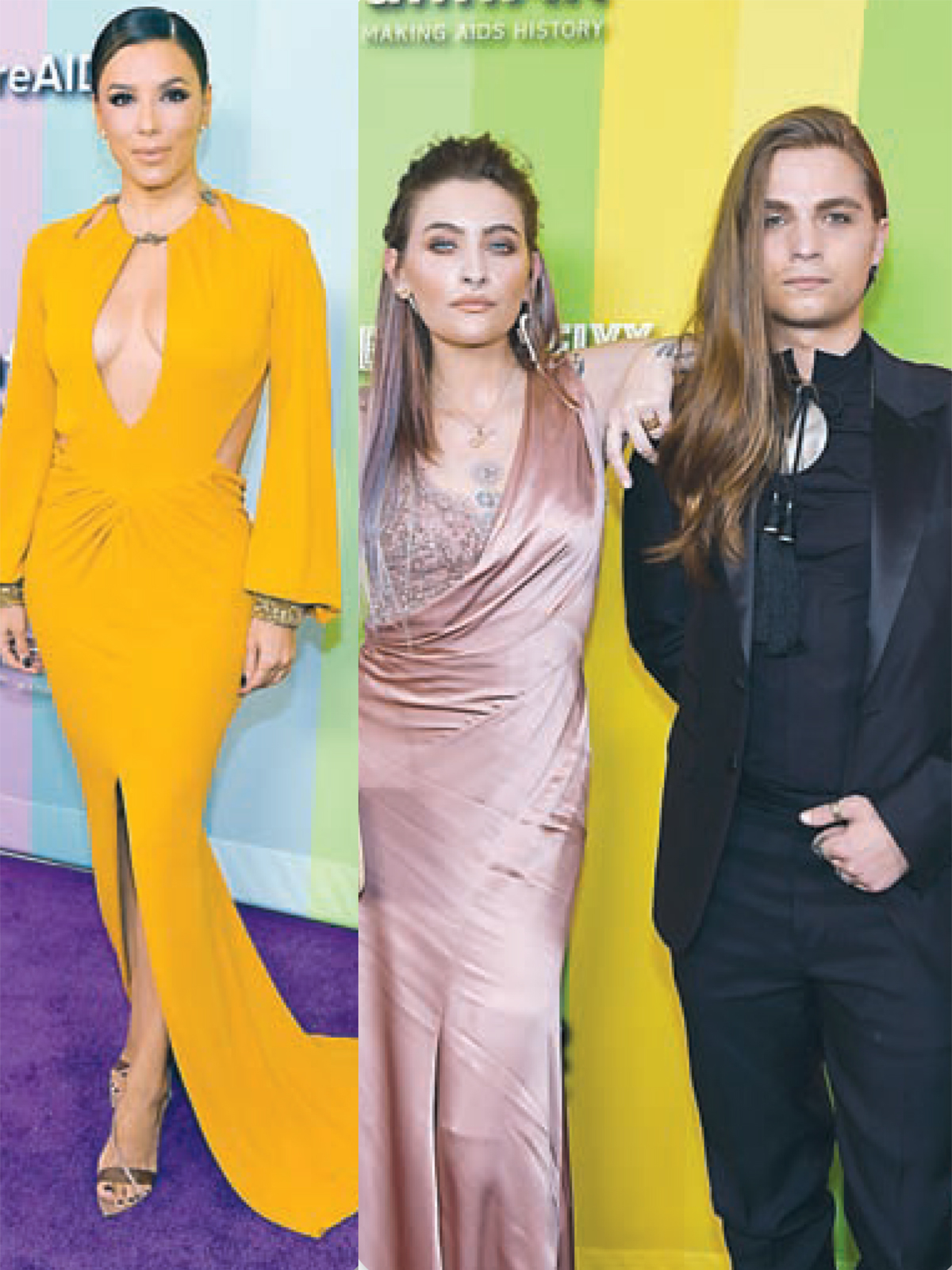 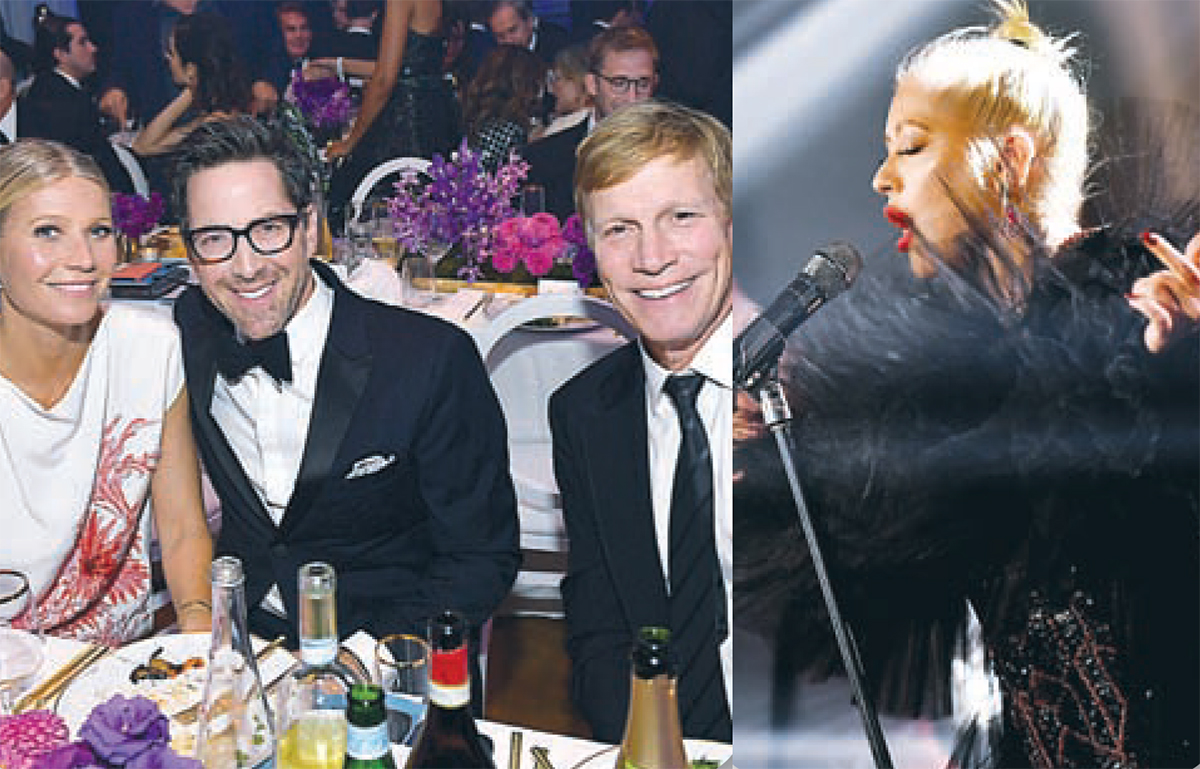 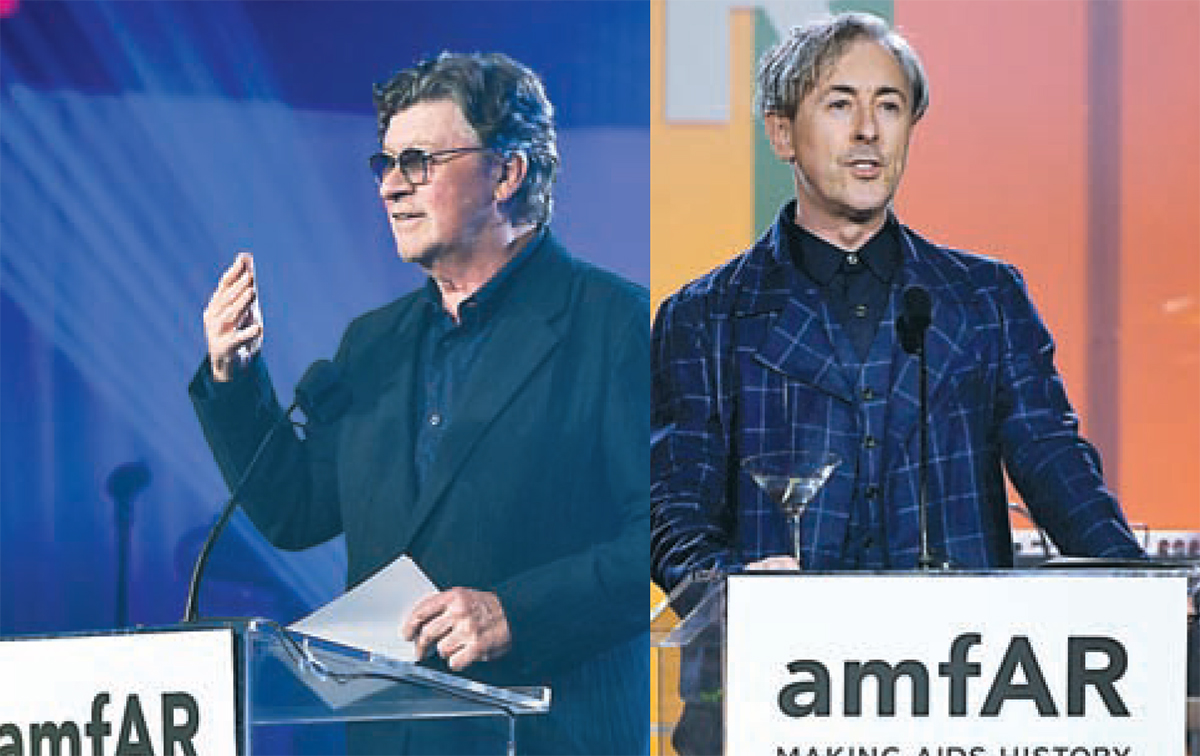 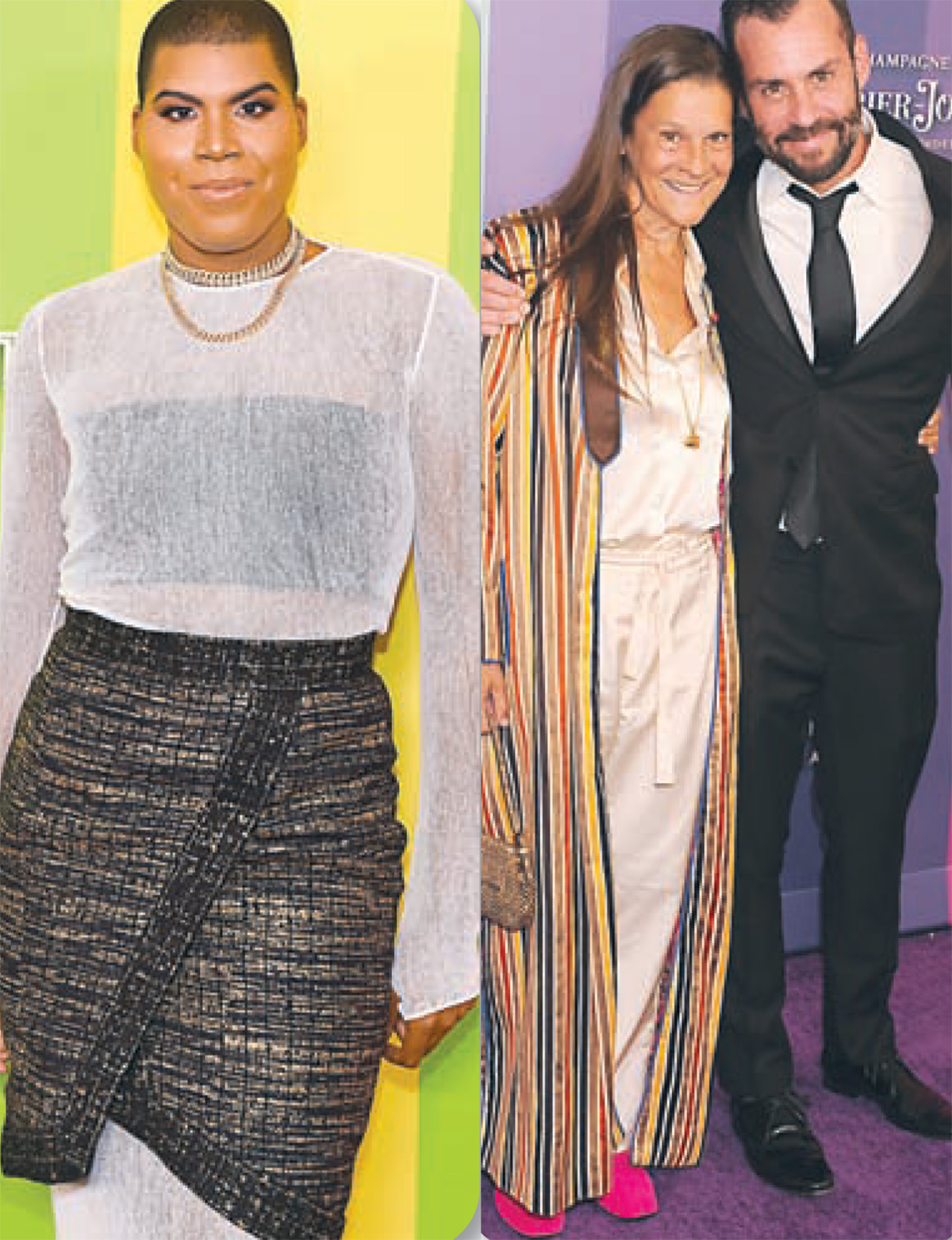