Louis Vuitton presented its first partnership with Frieze Los Angeles at a spectacular off-site exhibition of the House’s Objets Nomades collection from Feb. 14th to 16th at MILK Los Angeles. Guests were invited to experience Louis Vuitton’s unparalleled savoir-faire and participate in special design discussions featuring leading voices in the art and design space alongside some of the House’s esteemed Objets Nomades designers, such as Humberto Campana in conversation with Mayer Rus, Architectural Digest West Coast Editor and Andrew Kudless, Louis Vuitton’s first American Objets Nomades designer, and Emily King, design historian and curator. The exhibition marked the first time the Bomboca Sofa by the Campana Brothers will be presented in the bi-color pink colorway in the Americas as part of the bespoke curation.

Since its creation in 2012, the Objets Nomades collection has furthered Louis Vuitton’s historic tradition of beautifully crafted travel-inspired objects that are creative, functional and innovative. The experimental prototypes that make up the Objets Nomades collection all pay homage to the 165-year-old House’s special orders of the past – such as the iconic Bed Trunk produced in 1874 for French explorer Pierre Savorgnan de Brazza – while fusing contemporary visions of creative designers from around the world from India Mahdavi to Marcel Wanders, and most recently, Andrew Kudless. 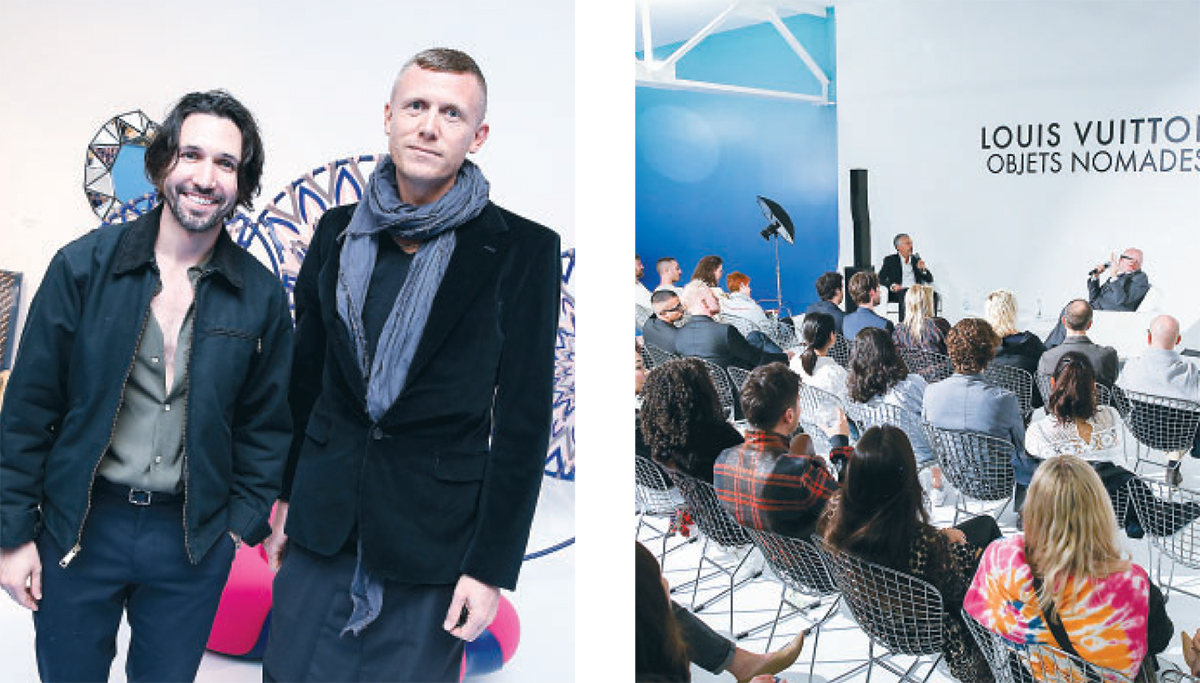