Over a week has passed since houses of worship were approved to reopen with modifications, but in Beverly Hills, few have chosen to do so just yet. Of the City’s 18 faith-based organizations, just one told the Courier that it had reopened, with several others on the precipice of reopening.

“Everyone was excited to get back,” Chabad of Beverly Hills Rabbi Mendel Shusterman told the Courier about the May 28 reopening. “Of course we do not let anyone in without a mask or who’s not feeling well or who’s been exposed to it.

Los Angeles County’s updated Health Order issued on May 26 (No. 120295 of the California Health and Safety Code), allowed faith-based services to resume at 25 percent of the building’s capacity or a maximum of 100 people, whichever is lower.

Last week’s reopening for Chabad came in tandem with the Jewish holiday of Shavuot. To celebrate, Rabbi Shusterman said the temple held four separate services with just a few chairs for each six-foot table, with only family members allowed to be in proximity to one another. In order to allow for social distancing, he said Chabad has also added additional services. In preparing to open, he said that congregants over the age of 65 were advised to stay home or speak with a doctor first before attending services.

“We told people that if they feel any symptoms at all they should not come,” Rabbi Shusterman said. “If someone forgets their mask, we have extra masks, so we make sure everyone walks in with a mask.”

While the precise timing for the reopening of other religious institutions throughout the City remains unknown, several are beginning to make preparations.

Church of the Good Shepherd receptionist Penny Duffy told the Courier that staff was readying to implement protocols put out by the Archdiocese. “We’re going to open as soon as we have everything in place,” she said.

conservative when it comes to reopening. He said that there was no set date for reopening, largely given that many of the congregants are over age 65 and thus among the most vulnerable to COVID-19.

“The most important thing is the safety and well being of our community and staff,” Rabbi Aaron told the Courier. “We really are trying to be extra cautious.”

“To save life is the most important,” he added, underscoring the importance of abiding by the Jewish value of saving every soul and the importance of life. “When we feel like we can bring everyone together and when we will be the most safe, we will do that.”

Since the pandemic began, the synagogue has been providing virtual experiences, which Rabbi Aaron said it would continue to do. In addition to conducting services online via Facebook Live and YouTube, where congregants can interact with each other via the comments feed, he said there are a host of activities and resources available online at JewItAtHome.com. The digital resource for Jewish life was created by dozens of clergy and staff from Temple Emanuel and other synagogues.

Beverly Hills Synagogue Rabbi Pini Dunner told the Courier that his temple initially planned to reopen two week’s after the county allowed religious institutions to reopen. He said plans to reopen the sanctuary include implementing “very rigid” protocols about masks, social distancing and hand washing. Throughout the pandemic the synagogue has held both morning and evening services via Zoom. “We’ve really managed to maintain a sense of community even while this COVID-19 crisis has been going on,” he said.

Once the synagogue does reopen, he anticipated that Shabbat services would be “trickier,” but that many other services could take place in someone’s backyard or tennis court. For all gatherings, he said, staff would take people’s temperatures, everyone would need to wear masks, no food would be served, and services would be truncated, in addition to other protocols. “We’re going

to strictly observe the protocols to minimize the potential for infection,” he said.

In light of the recent protests and riots, Rabbi Dunner said he had joined with nine other Westside rabbis in writing a letter to their communities taking a stand against the death of George Floyd.

“What happened in Minneapolis was an utter disgrace,” he told the Courier. “These are Orthodox rabbis who generally don’t get political, but we felt it’s important that religious leaders take a stand. People are taking advantage of a social moment to loot stores and destroy buildings.”

The letter states: “We stand alongside those who are lawfully protesting against racism that exists among some elements of law-enforcement and society-at-large.”

Just outside of Beverly Hills, but the spiritual home of many residents, Wilshire Boulevard Temple is also working to safely reopen.

On June 1, Wilshire Boulevard Temple Senior Rabbi Steve Leder was interviewed on the Today Show discussing how Americans will emerge from the crisis.

“Most people in the world seek peace.

Most people in the world are not haters, they are not violent, they want to be kind and loving and generous and that’s an important message for our children,” said Rabbi Leder, who has been with the Los Angeles-based temple for more than three decades. “Two wrongs do not make a right.” 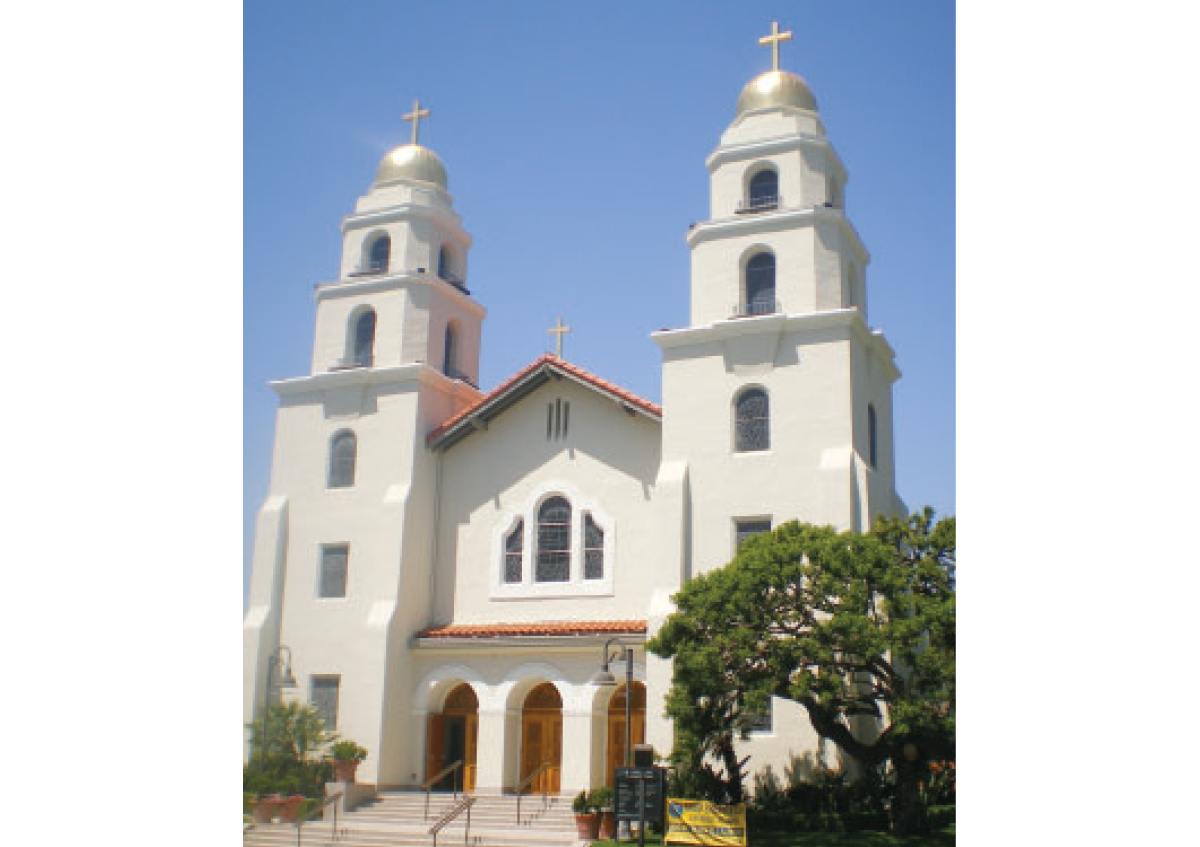