The Beverly Hills Cultural Heritage Commission has voted to add two iconic buildings to its local Registrar of Historic Properties. The commission unanimously voted 5-0 at Special Meeting on June 18 to pass resolutions designating the “MCA/Litton Headquarters Complex” by architect Paul Revere Williams and “The Pendleton – Evans Residence” by architect John Elgin Woolf as local landmarks. The City Council will need to approve the commission’s recommendations for the properties, both of which were designed by men listed on the City’s List of Master Architects.

“We have some of the best historic resources in Beverly Hills,” Cultural Heritage Commission Chair Noah Furie told the Courier. “Both of the properties are iconic and will be outstanding additions to the Register of Historic Properties.”

In the eight years since its creation, the Cultural Heritage Commission has already helped 42 properties receive an historic property designation.

The 78-year-old Pendleton – Evans Residence at 1033 Woodland Dr. is a single-family residence located in the City’s Hillside Area on a 1.4-acre through lot spanning from North Beverly Drive to Woodland Drive. Originally built for prominent interior designer and art dealer James Pendleton and his wife Mary Frances, the home was most recently owned by motion picture producer Robert Evans (“Chinatown”) from the 1960s until his death in 2019.

David and Pam Zaslav subsequently acquired the Woodland estate and have stated that they intend to fully restore the property.

“We’re excited about the opportunity to preserve and restore this extraordinary property,” said David Zaslav, the president and CEO of Discovery Inc. “You get a sense that the house is alive.”

The custom home was designed in Woolf ’s signature Hollywood Regency architectural style. Populated with gardens, fountains, potted plants, and a wealth of trees (including eucalyptus, sycamore, and cypress), the landscaping plan was designed by Tommy Tomson. Throughout the 1930s and 1940s, Tomson designed landscapes for Hollywood’s elite, in addition to landscaping the Beverly Hills Hotel, the infield at Santa Anita Racetrack in Arcadia and the Los Angeles Union Passenger Terminal.

“The Woodland property overtly emphasizes those elements that define architect John Woolf and his association with the Hollywood Regency idiom, including the mansard roof, symmetry, elegance, and classic design principles,” states the resolution passed by the commission.

In keeping in line with the commission’s task to help preserve the City’s historic legacy, landmarking the MCA/ Litton Headquarters Complex at 360 – 375 North Crescent Dr. will complete a quadrant where all four corners are landmarked. Neighboring landmarks include the Beverly Hills Post Office (The Wallis), City Hall, and the Union 76 Service Station.”

“It’s a great opportunity for tourism and our commission and the City in general,” stated Commissioner Kimberly Vinokur Reiss. “This is a very iconic structure. What’s not to love about it?”

The buildings embody the distinctive characteristics of the Classical Revival style, including monumental symmetrical facades, brick cladding, paneled doors with decoratively carved wood, and applied classical ornamentation such as pilasters. Nicknamed the “white house” by MCA employees, the two buildings are separated by a landscaped courtyard off of North Crescent Drive designed by landscape architect Phil Shipley. The courtyard features two narrow, concrete rectangular pools with limestone coping set in the center of the long, rectangular walkway paved with red brick laid in a herringbone pattern.

“[Iconic] is actually a high bar,” noted Commissioner Craig Corman. “This is one of the buildings in Beverly Hills that definitely meets the definition of iconic.”

“It is very unusual to have all four corners with landmarks as we will have at City Hall,” said Furie, who will be leaving the commission at the end of this month having served on it since its foundation in 2012. “Our Historic Preservation Ordinance has allowed the City to protect and safeguard the most important historic resources in our City.” 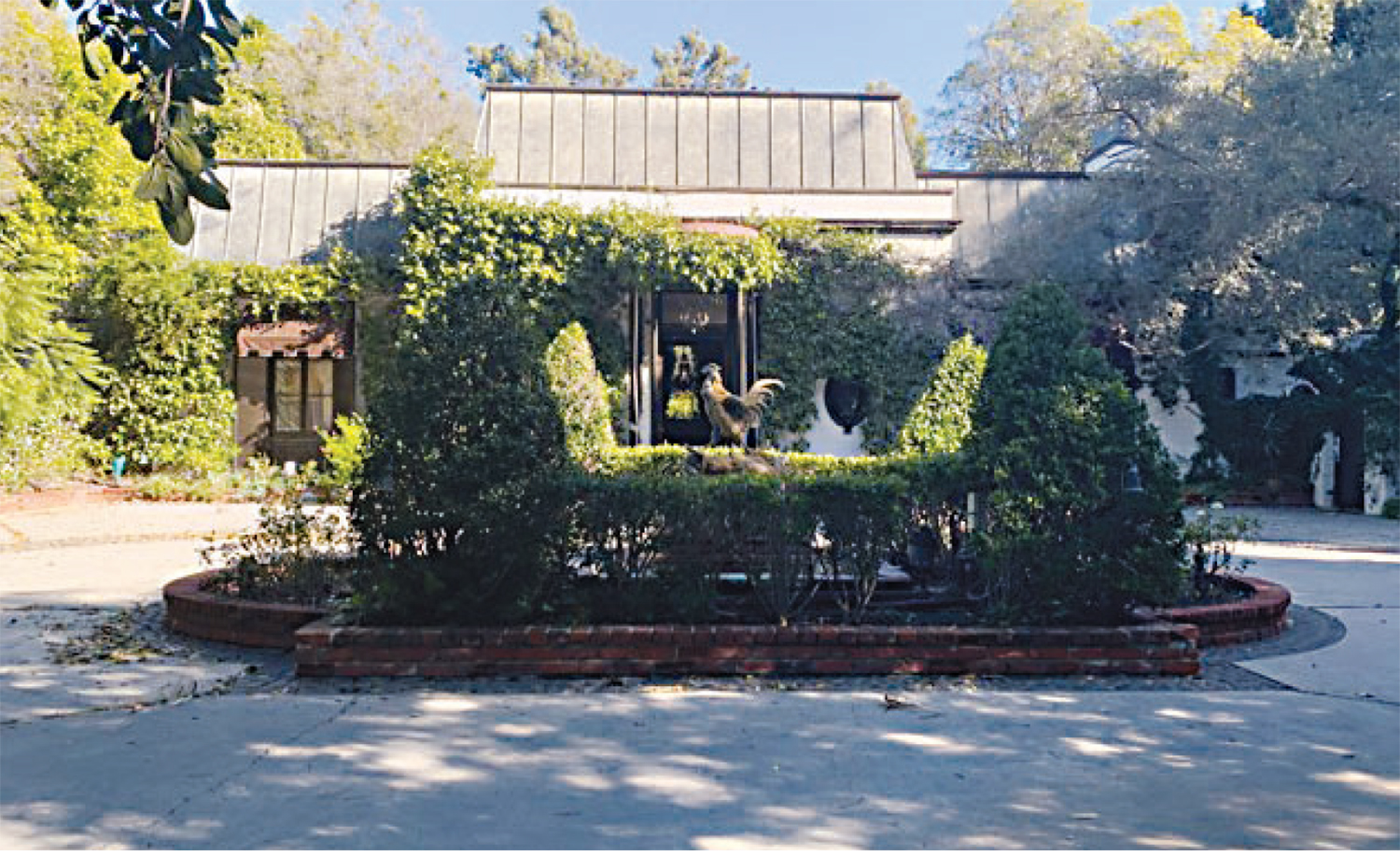