Councilmember John Mirisch made an unscheduled call for social justice during the Sept. 1 City Council Regular Meeting. In response to the recent shooting in Kenosha, Wisconsin of Jacob Blake, Mirisch made a statement outlining three policy suggestions for improving oversight of the Beverly Hills Police Department and ensuring equitable treatment of people of color within the City. Additionally, he also took issue with the City Prosecutor’s recent decision to prosecute 25 protesters for misdemeanor curfew violations on June 26.

Near the start of the meeting, as Mayor Lester Friedman asked for any City Council member or committee reports, Mirisch’s hand rose inside his square Zoom window.

“I don’t know if you saw my text,” Mirisch told the Mayor. “I wanted to make a few comments, if I might, of my own, on the Jacob Blake case.”

“I didn’t see your text, but I’m looking for it now. Go ahead,” responded Friedman.

“First of all, we can’t ignore the world around us,” he said, “and when it comes to the potential prosecution of protesters, my very personal opinion is that we should show compassion and understanding while also making sure that our residents and residential neighborhoods remain safe.”

According to Beverly Hills spokesperson Keith Sterling, neither the Mayor nor the City Council were involved in the decision to prosecute the protesters for the misdemeanor charges. Given its size, the City outsources its prosecutorial needs to an outside firm, Dapeer, Rosenblit & Litvak. The firm filed a misdemeanor complaint naming 25 protestors on Aug. 14.

“The prosecutor has an ethical duty to determine before he files any charges whether there is probable cause to support those charges,” City Attorney Laurence Wiener later explained in response to questions from Mirisch. “They don’t make a judgment either way regarding whether or not this is a good prosecution or a bad prosecution from a political standpoint, and in fact, he doesn’t take direction from the City Council or the Mayor or even me regarding whether he should do that or not.”

“I’m not sure on what basis you talk about independent or ethical judgement,” Mirisch responded. “It seems to me somewhat arbitrary. I think none of us who are on the Council have even ever met the so-called City Prosecutor. Especially when it comes to issues that are high profile like now, or maybe very unusual, the whole thing seems a bit odd.”

By comparison, Los Angeles County District Attorney Jackie Lacey and L. A. City Attorney Mike Feuer announced that neither the county nor the city would prosecute protesters in connection with curfew violations. The decision came after the ACLU and Black Lives Matter challenged the constitutionality of its curfews in court filings.

The remainder of Mirisch’s address responded to comments made by Clippers Head Coach and President of Operations Doc Rivers at a press conference about the Blake shooting.

In the press conference, Rivers noted, “We’ve been hung, we’ve been shot, and all you do is keep hearing about fear. It’s amazing why we keep loving this country, and this country does not love us back.”

Mirisch then urged the council to take up three “actionable items,” including reforms to the Police Officer’s Bill of Rights.

“The Police Officer’s Bill of Rights gives those protecting and serving us in some cases more rights than the rest of us and it needs to be reformed,” he said.

He also called for the creation of “an independent investigative prosecutorial agency” to deal specifically with allegations of police abuse and misconduct, saying, “Because of the inherently close relationship between the DA and PD, it’s difficult, if not impossible, for a DA to be fully objective.”

Lastly, Mirisch repeated his request for the City’s independent auditor to perform a “full and independent audit of our city’s use of force policy and make recommendations for areas of improvement.”

“Each one of us, wherever we are, should be able to say or sing those classic words from the musical Oklahoma, ‘I don’t say that I’m no better than anybody else, but I’ll be damned if I ain’t just as good,’” Mirisch said.

Directly addressing the coach, Mirisch said: “Finally, I want to say Doc Rivers, I hear you and I’ll be damned if you ain’t just as good. I admire you and your demand for social justice and racial equality, and I stand with you. And I can’t speak for this country, but I love you and so should we all.” 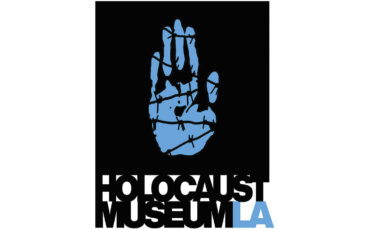 “The report found that generally rent is escalated and assessed as required,” the audit stated.